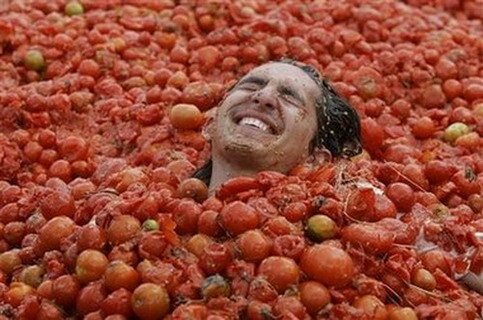 La tomatina is an interesting festival in which the highlight is a huge tomato fight in the city of Buñol, near Valencia, Spain, that takes place every year on the last Wednesday in August between 11 and 1pm on that day. The origins of La Tomatina dates back to 1945 when an annual parade of enormous figures with big heads was passing through the streets of Buñol and some youngsters tried to join in the parade and accidentally knocked over one of the giants who got to his feet and started swinging out at everyone around him. In retaliation the youngsters grabbed some tomatoes from a nearby vegetable stall and started throwing them at him until the police arrived to break things up. 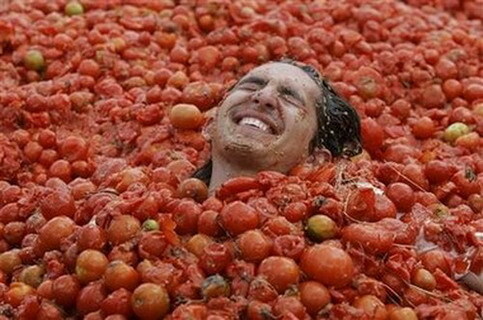 0
Смотреть все фото в галерее
Today, people enjoy doing this for fun and it has become a national festival in the country. 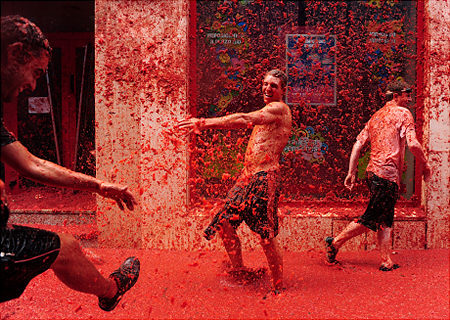 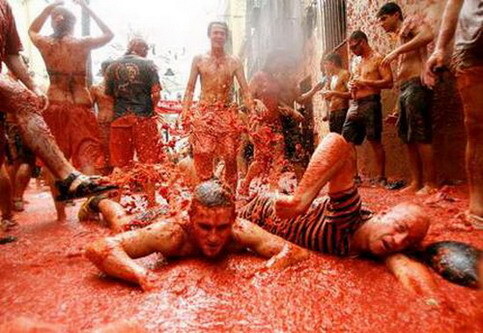 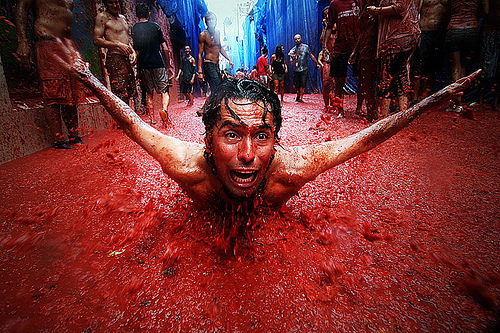 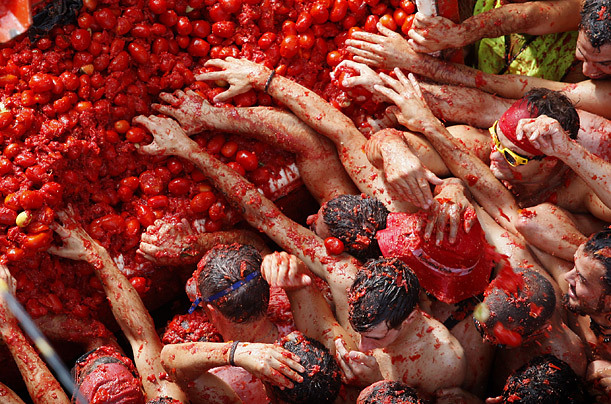 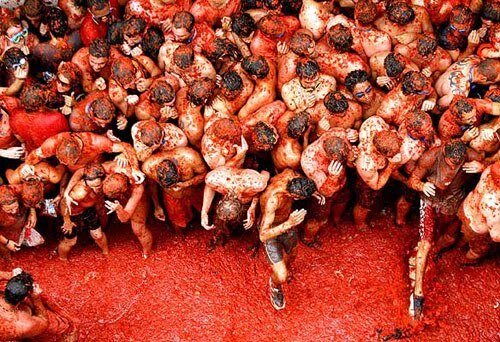 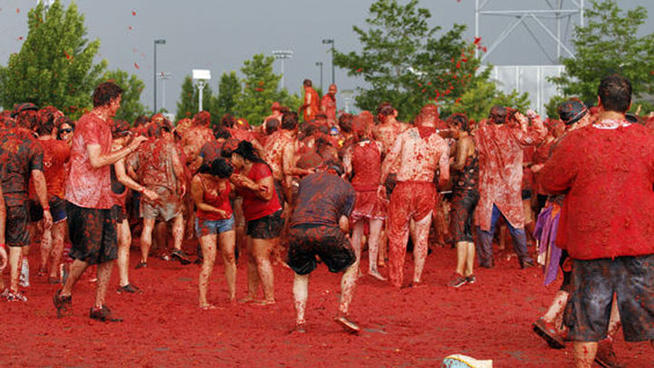 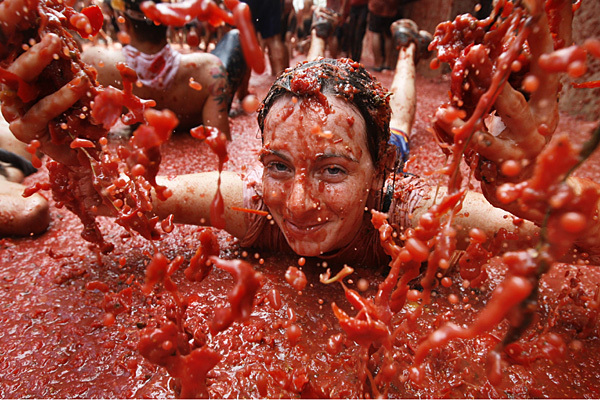 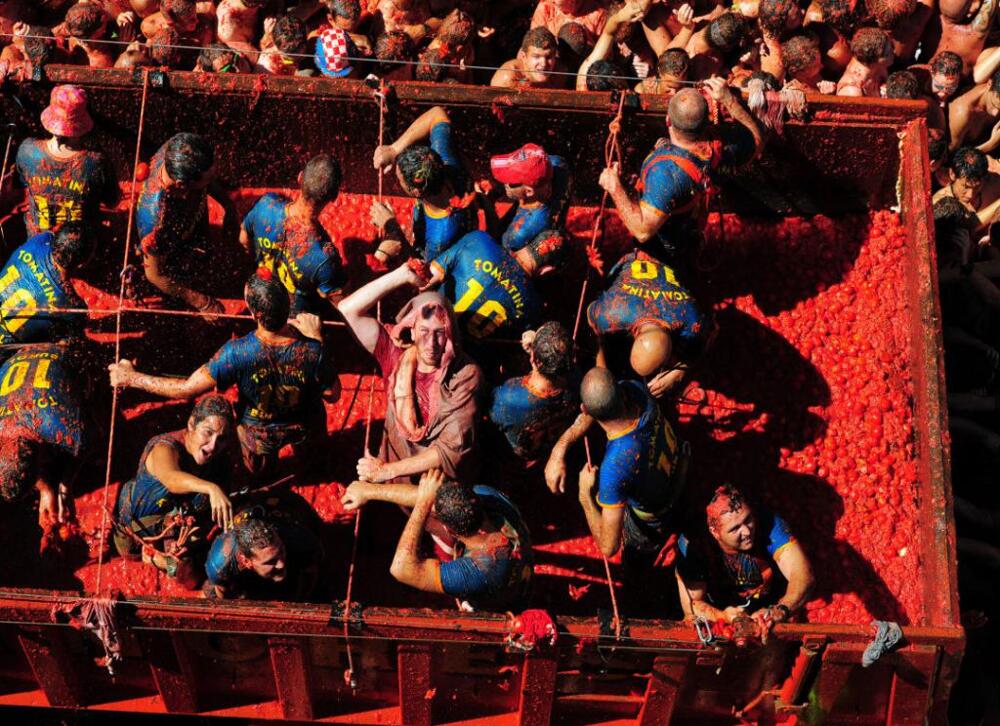 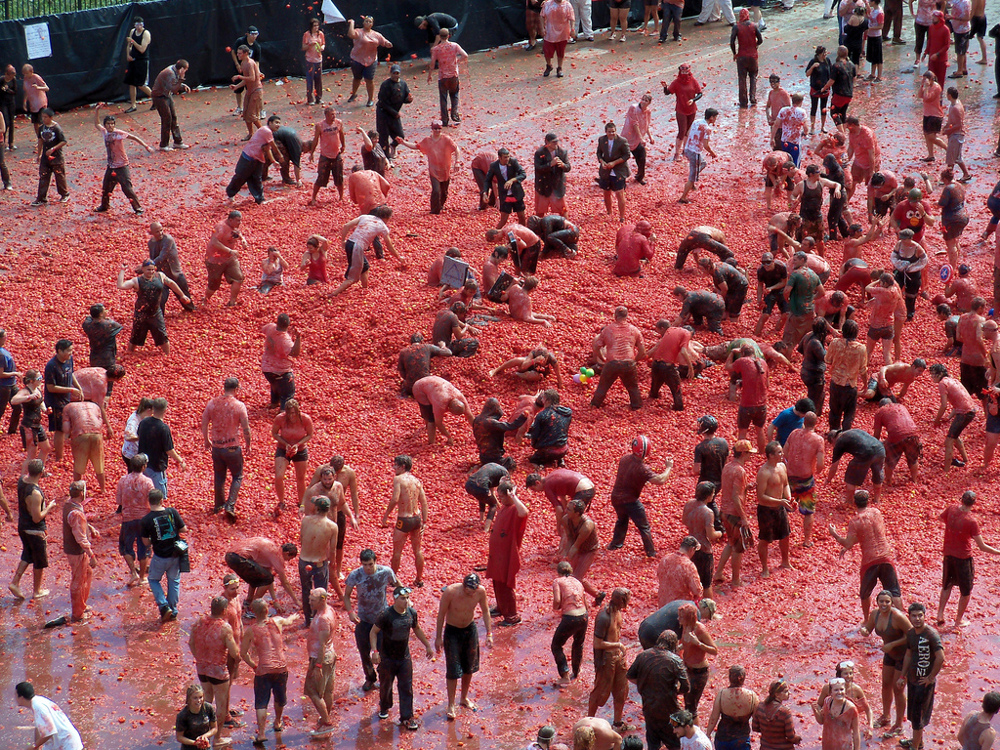