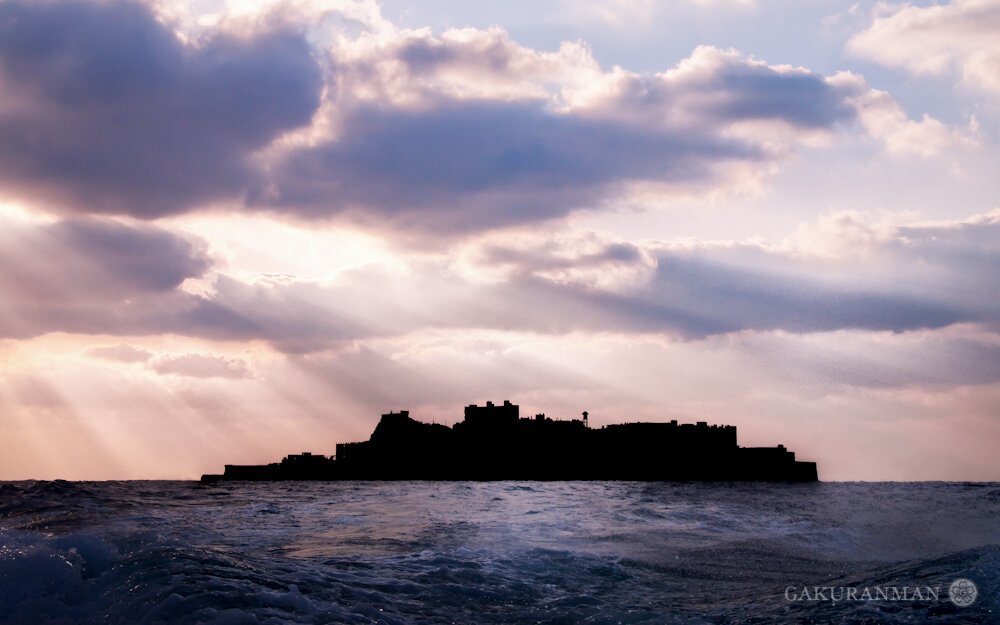 'Battleship Island,' or Gunkanjima, is the nickname given to Hashima Island thanks to it's aerial similarity to a warship. It bagan to be inhabited in 1887 and when coal was later discovered, the island was bought by Mitsubishi, and the densest city on earth was born.

Mitsubishi Mining Company shut down the operation of coal mining in 1974 and with no reason to stay, everyone went home. The people left everything, thinking no one would return. The degrading furniture and other house wares makes for a really haunted spectacle, as well as the lair of a super-villian played by Javier Bardem in the new Bond film, Skyfall. 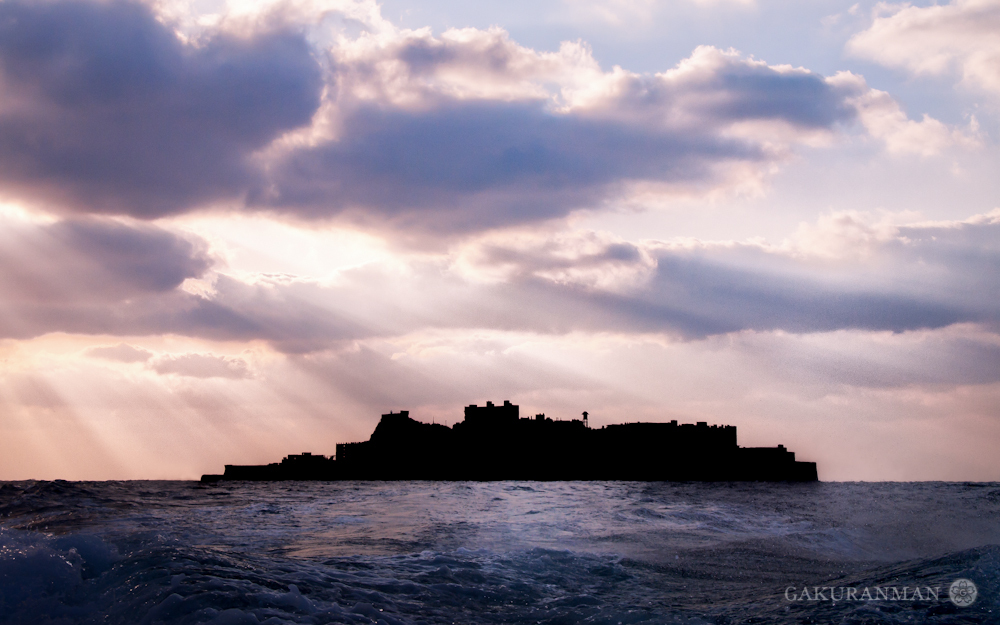 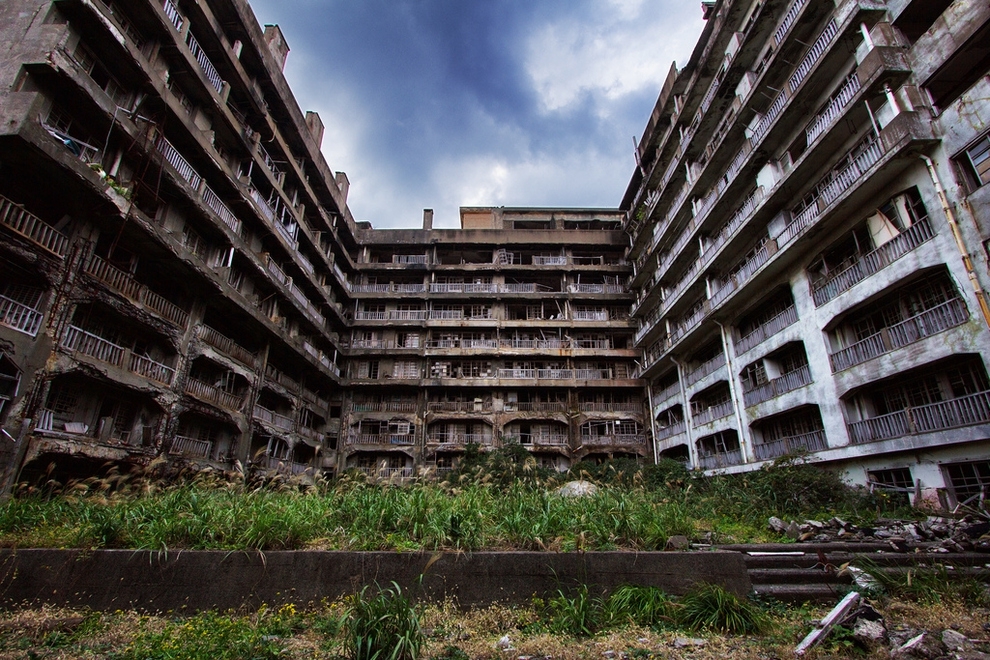 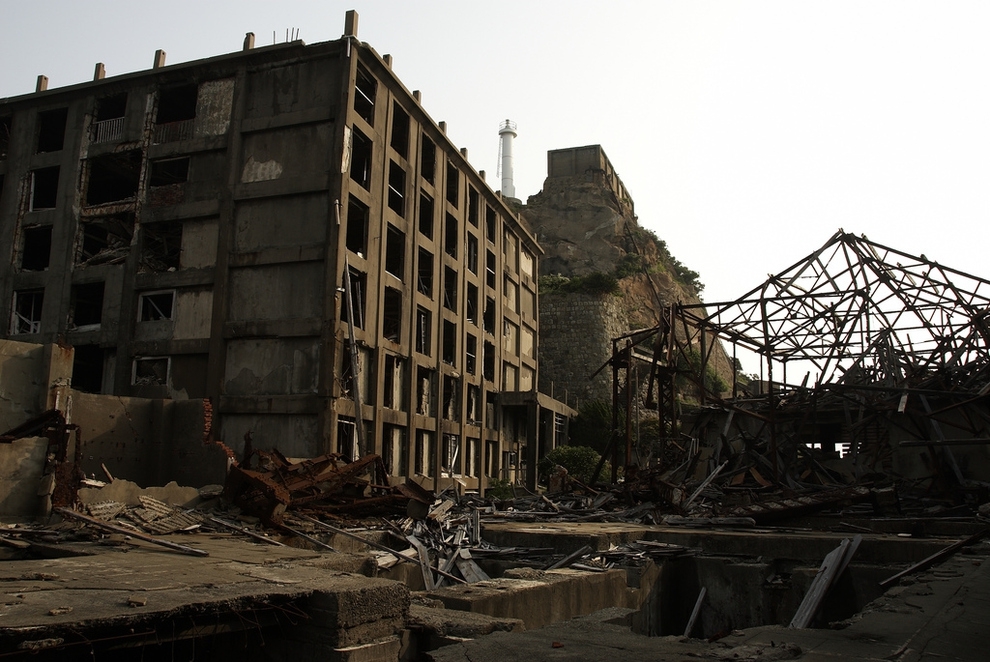 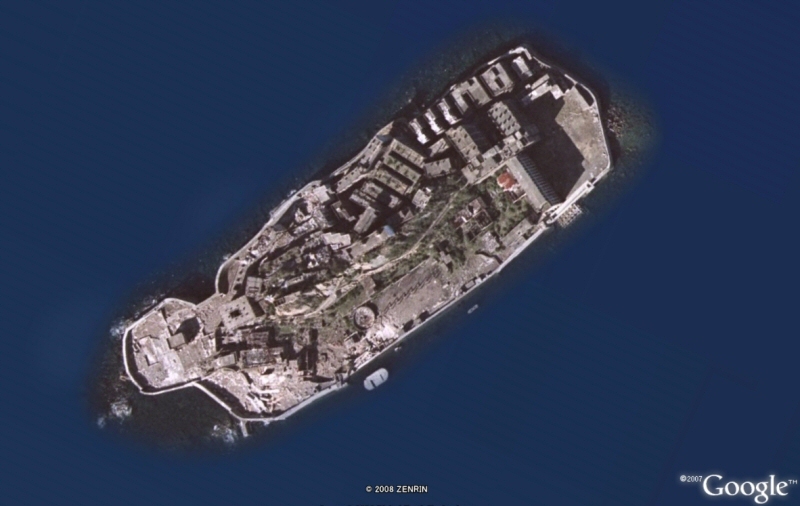 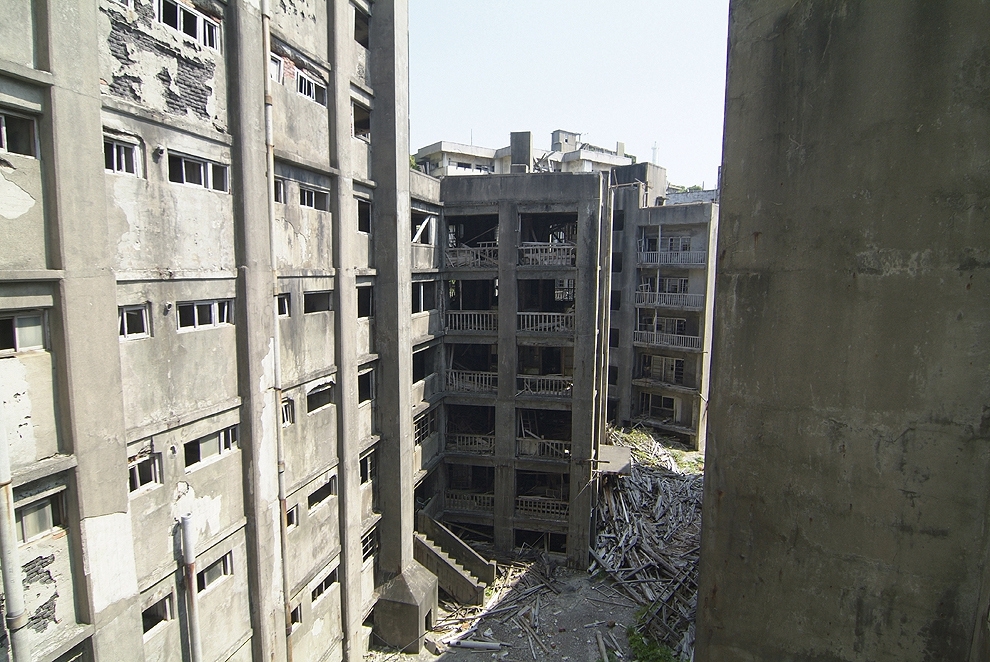 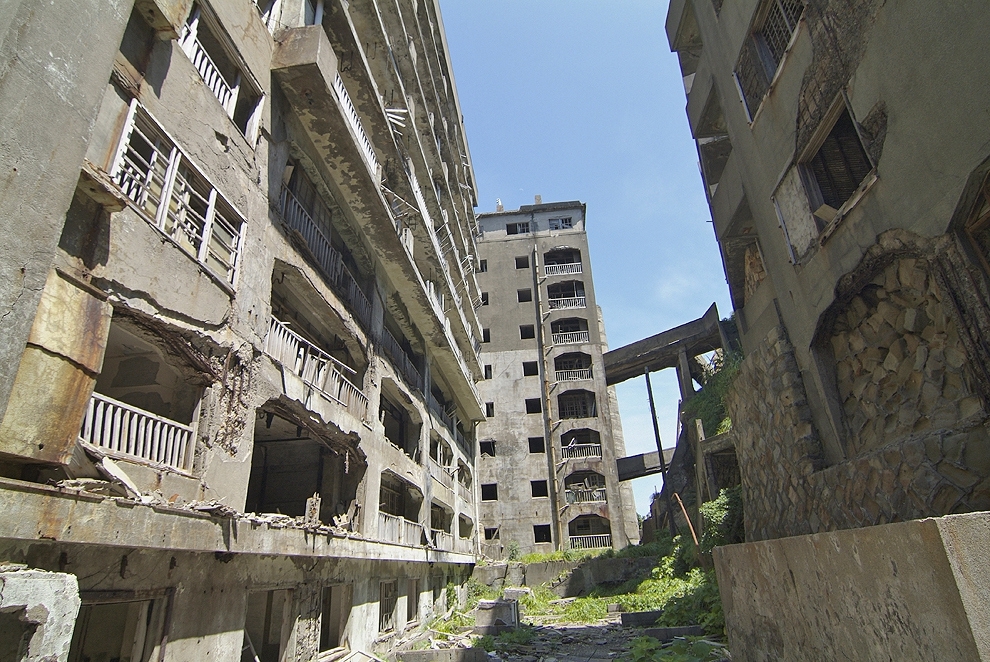 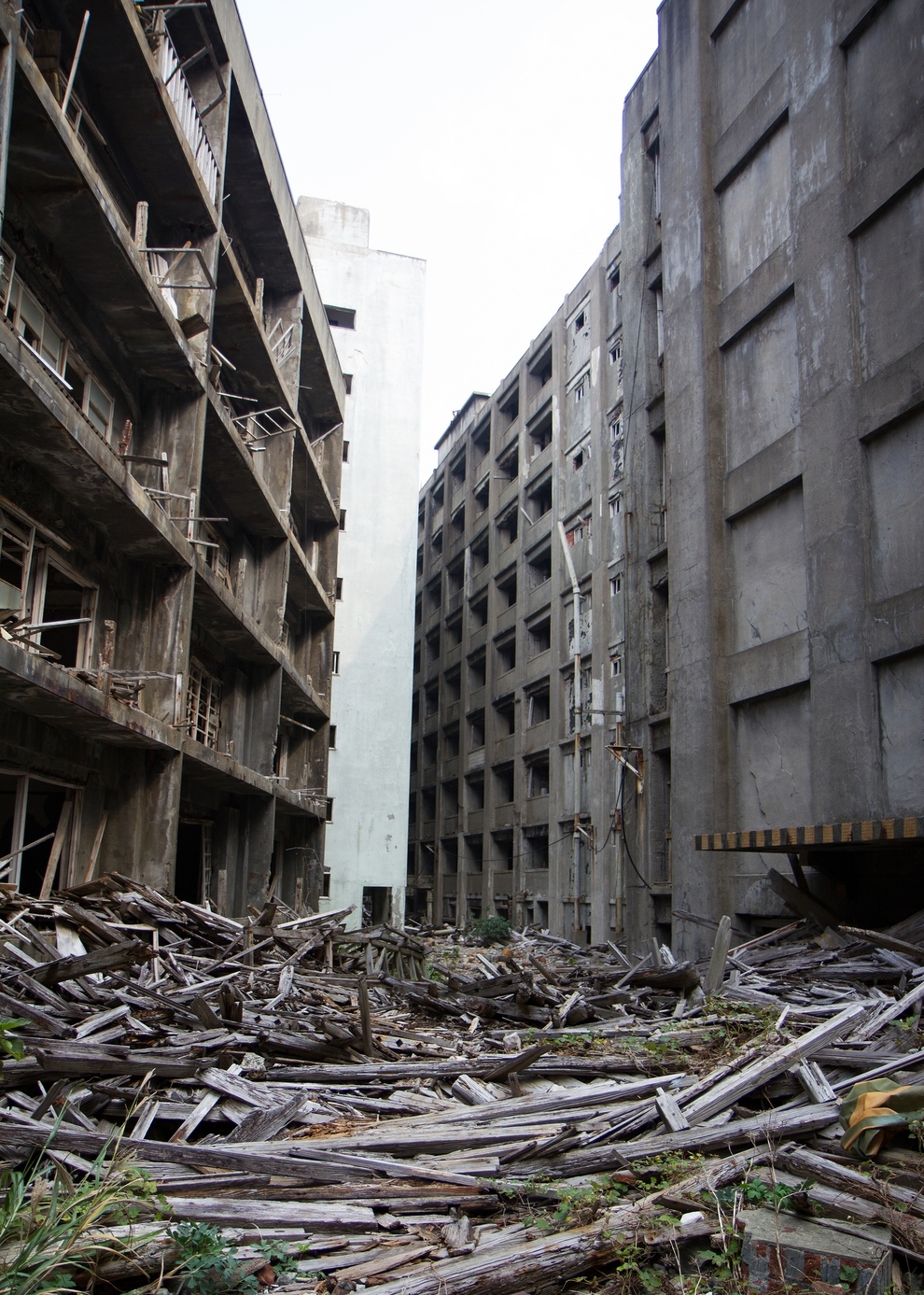 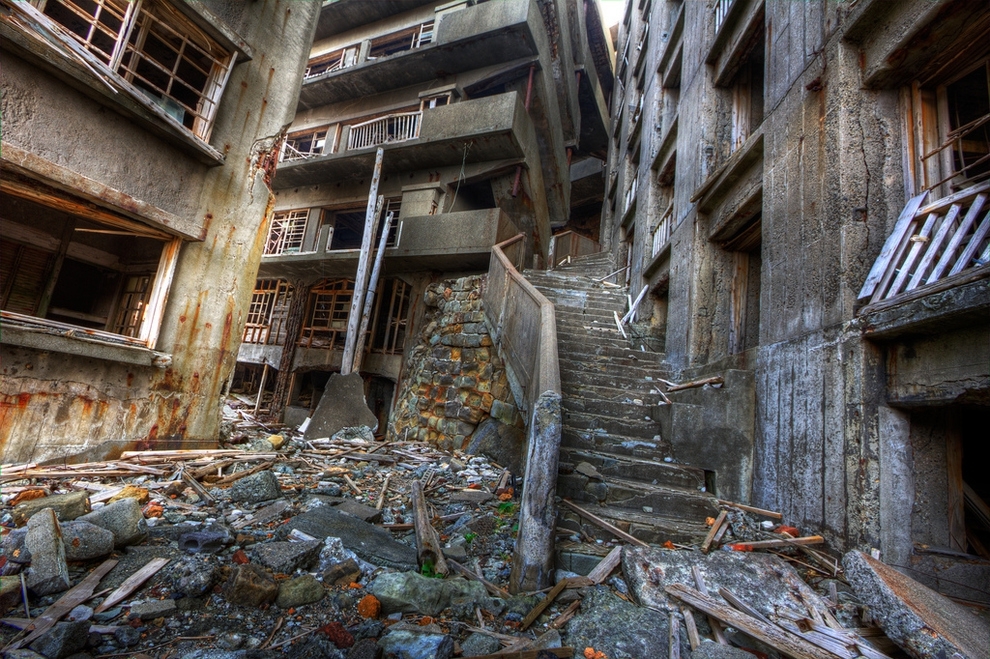 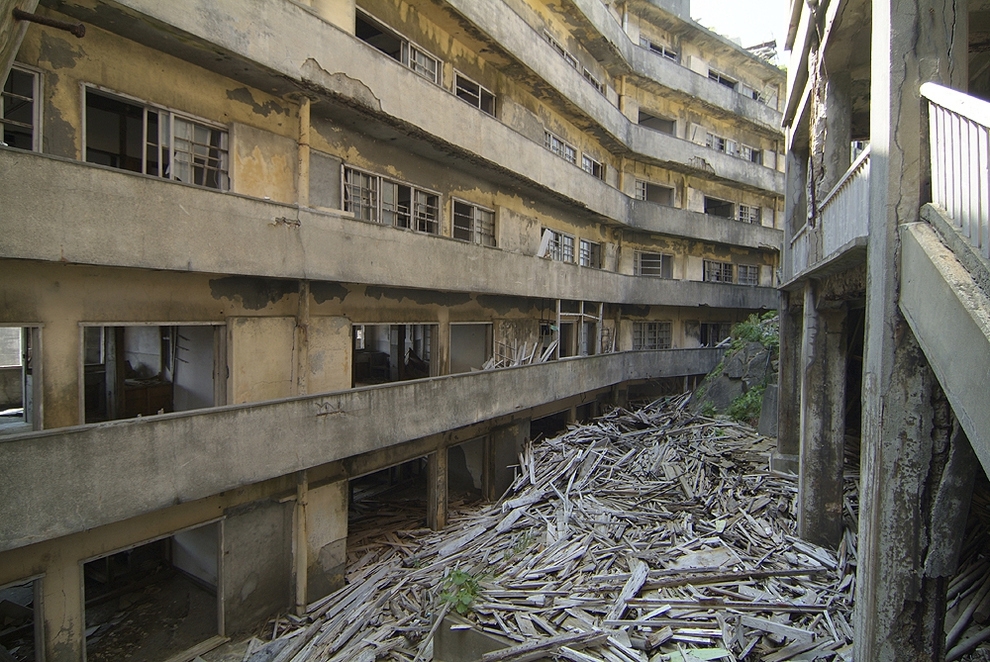 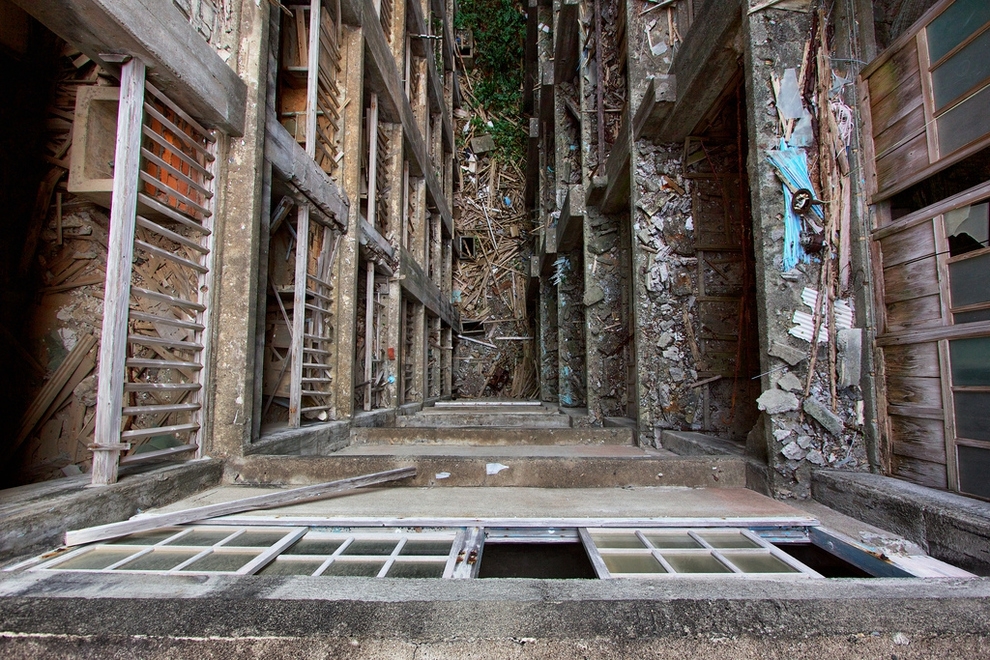 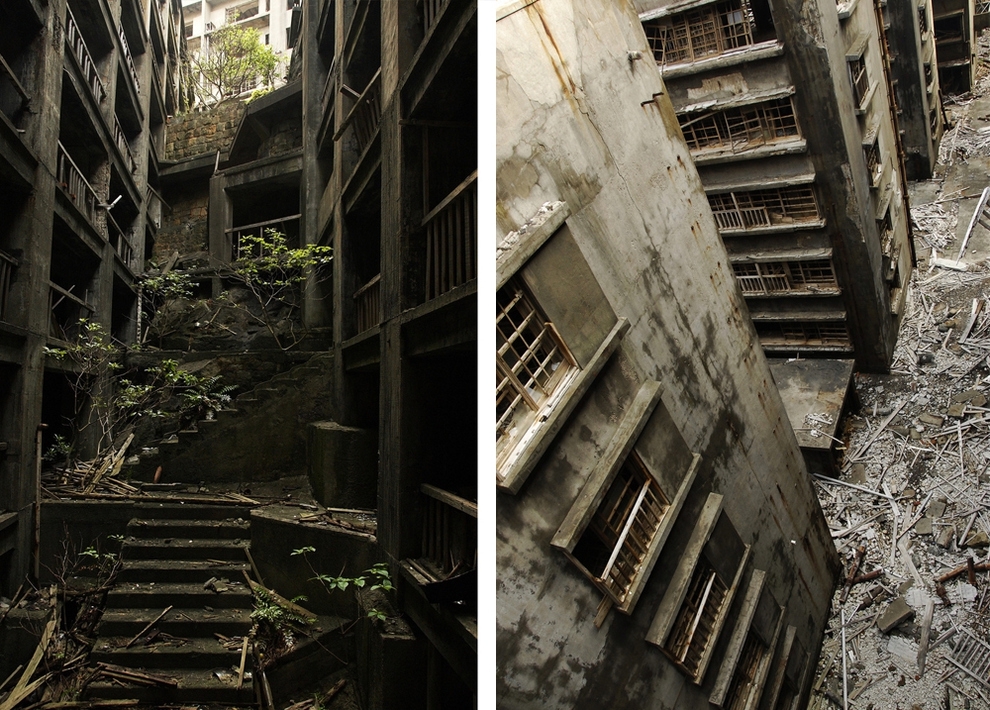 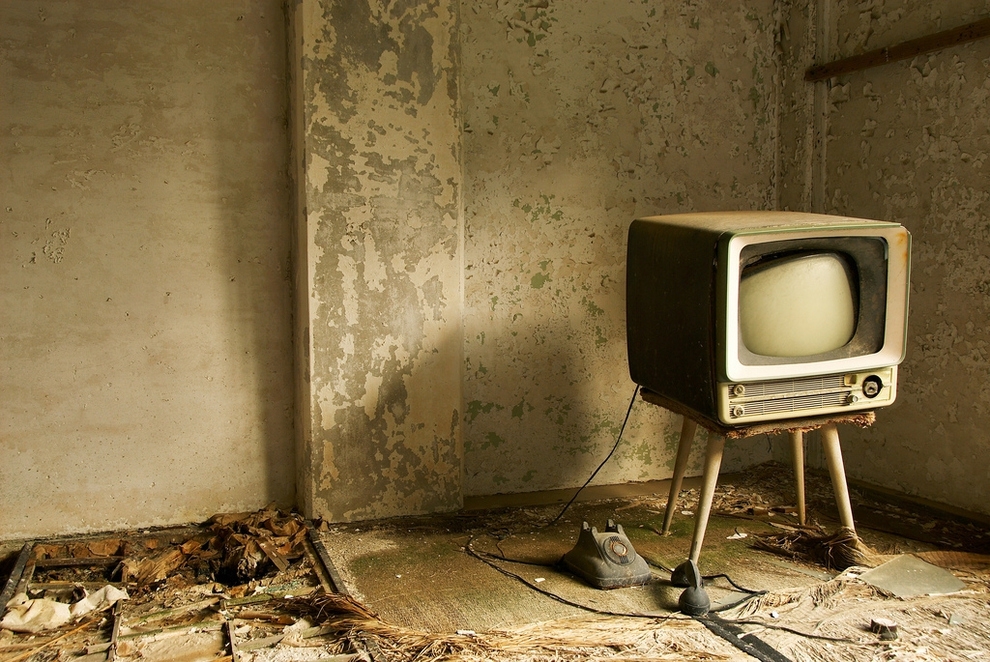 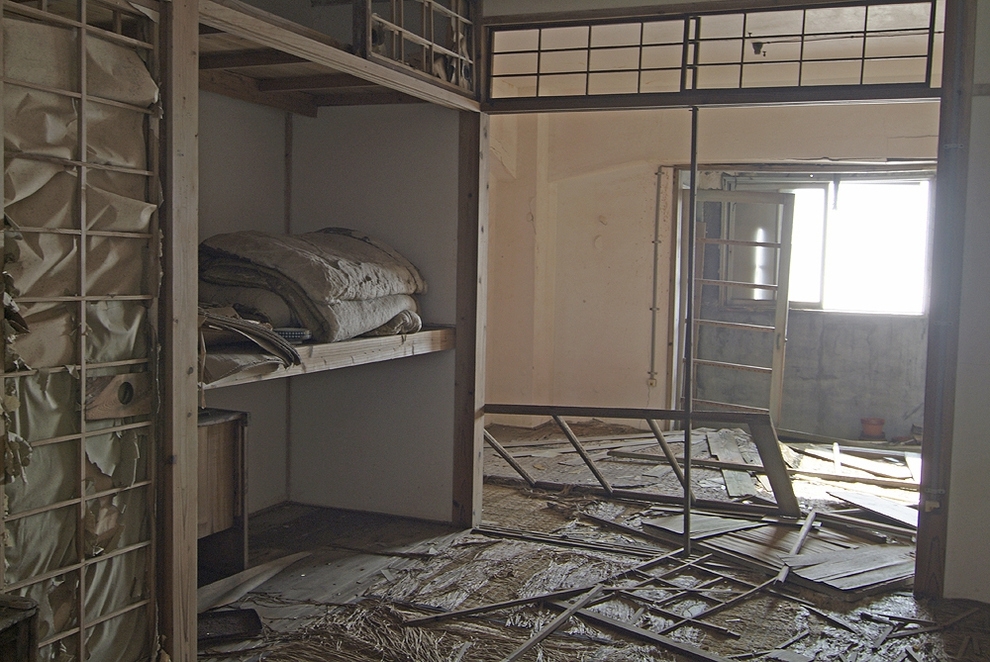 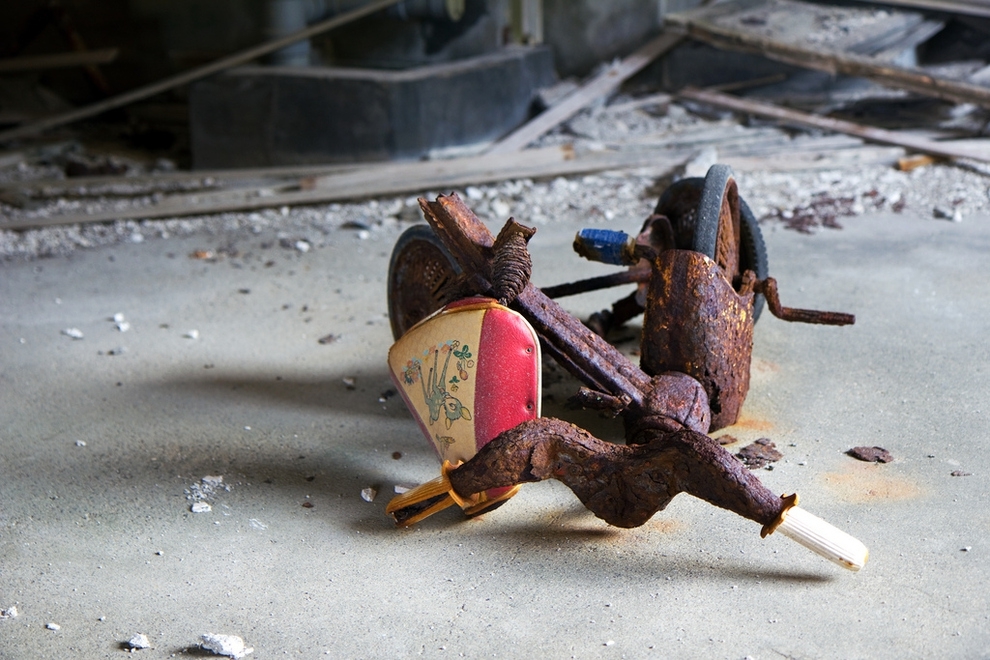 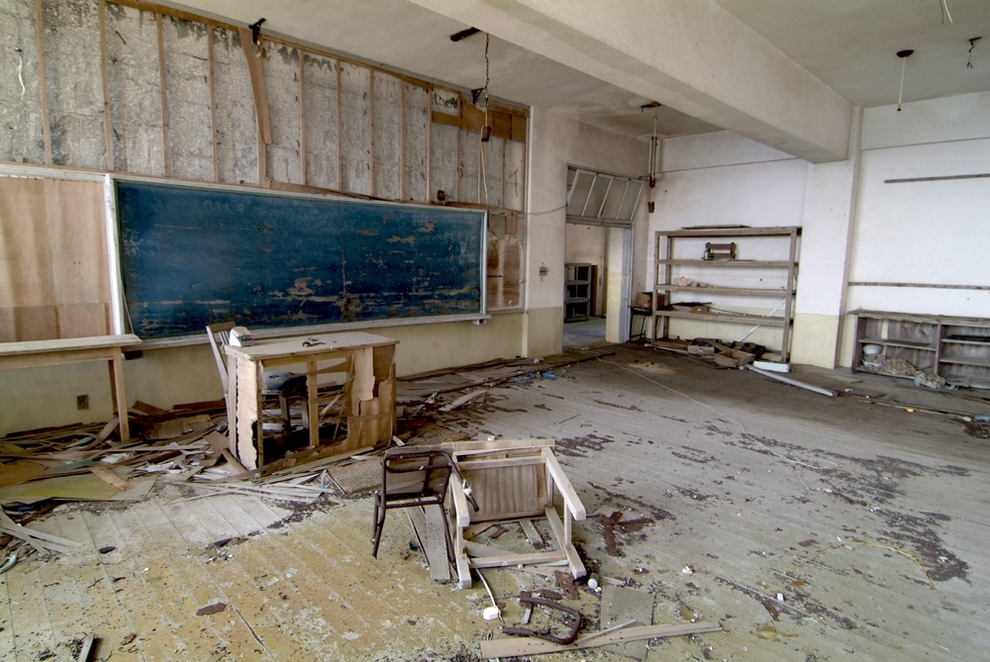 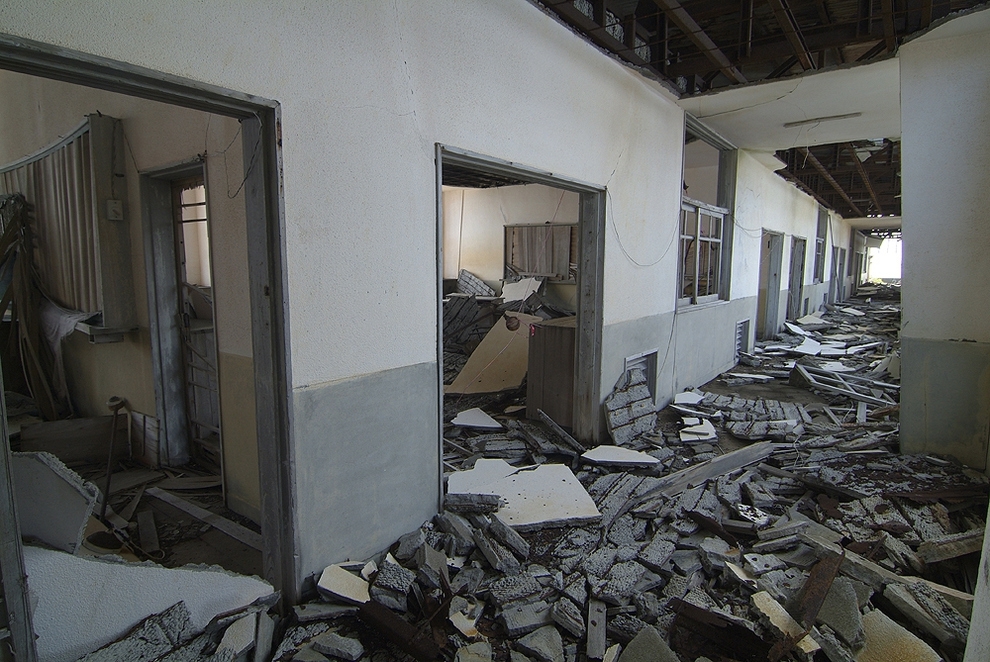 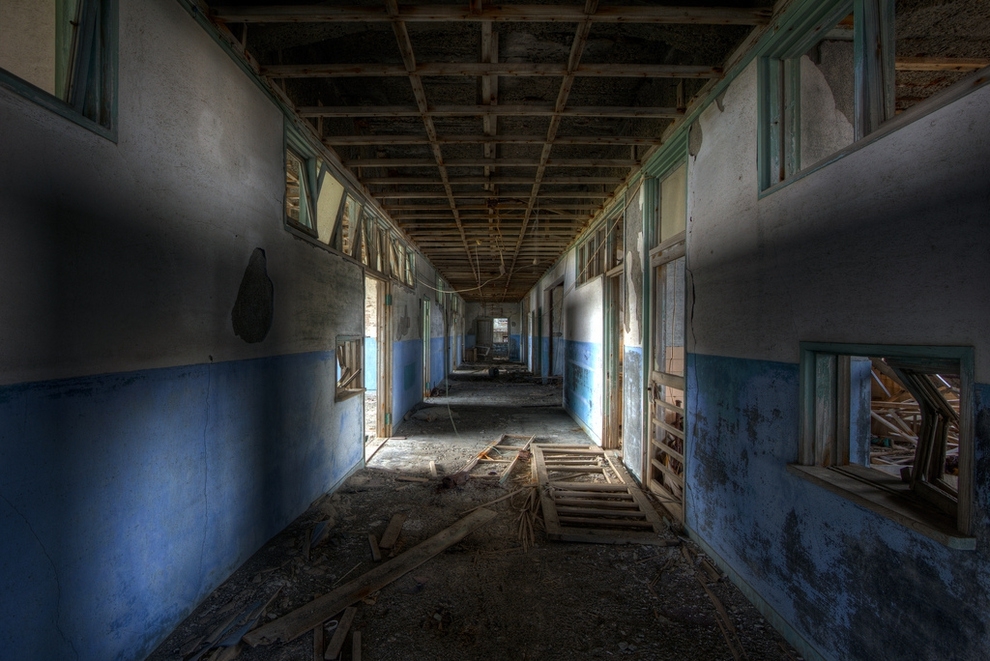 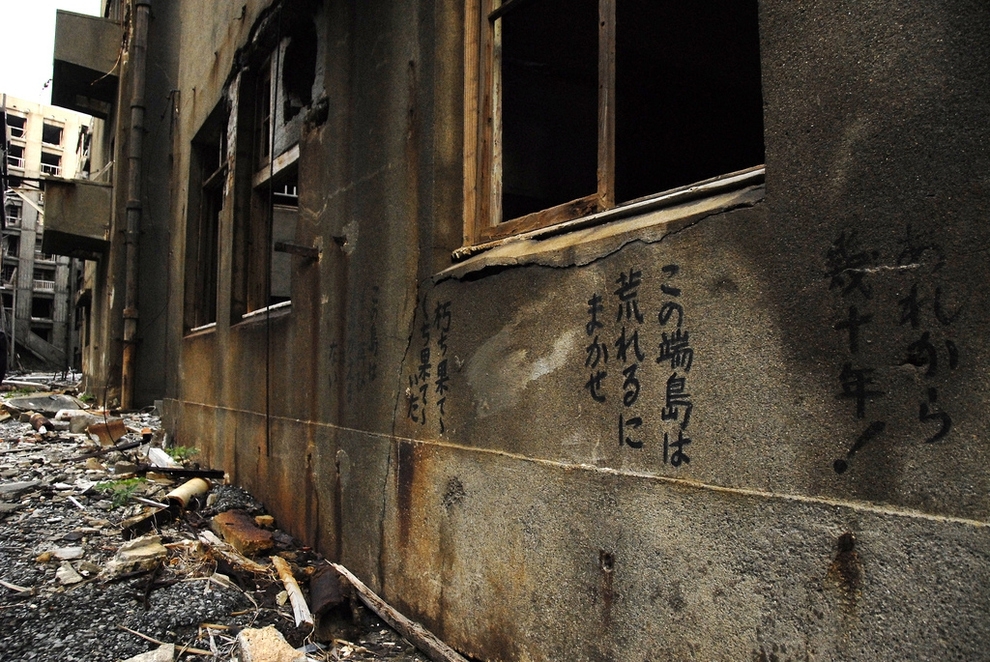 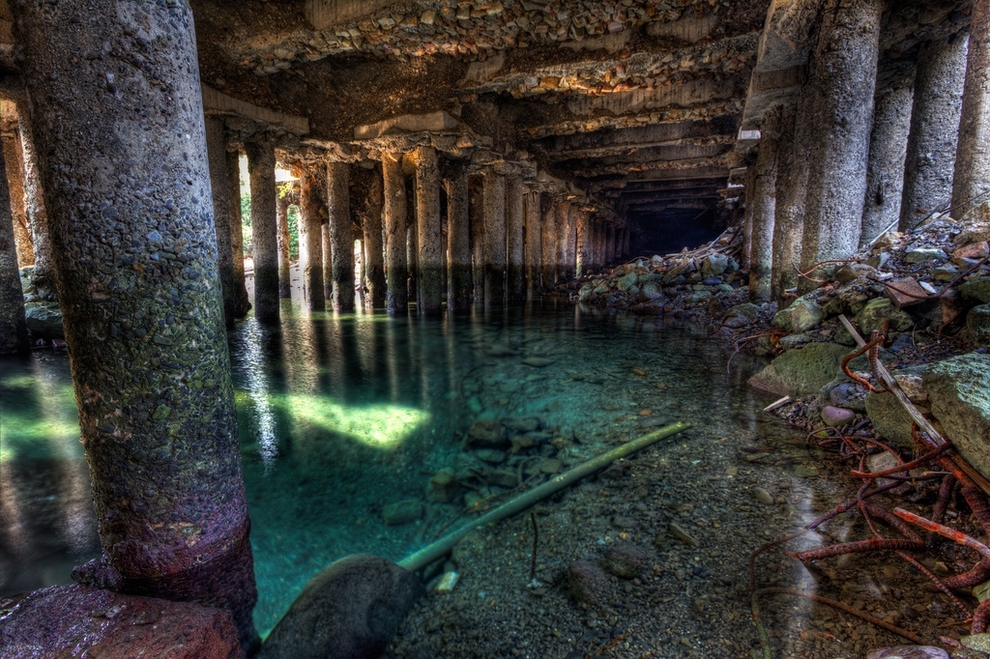 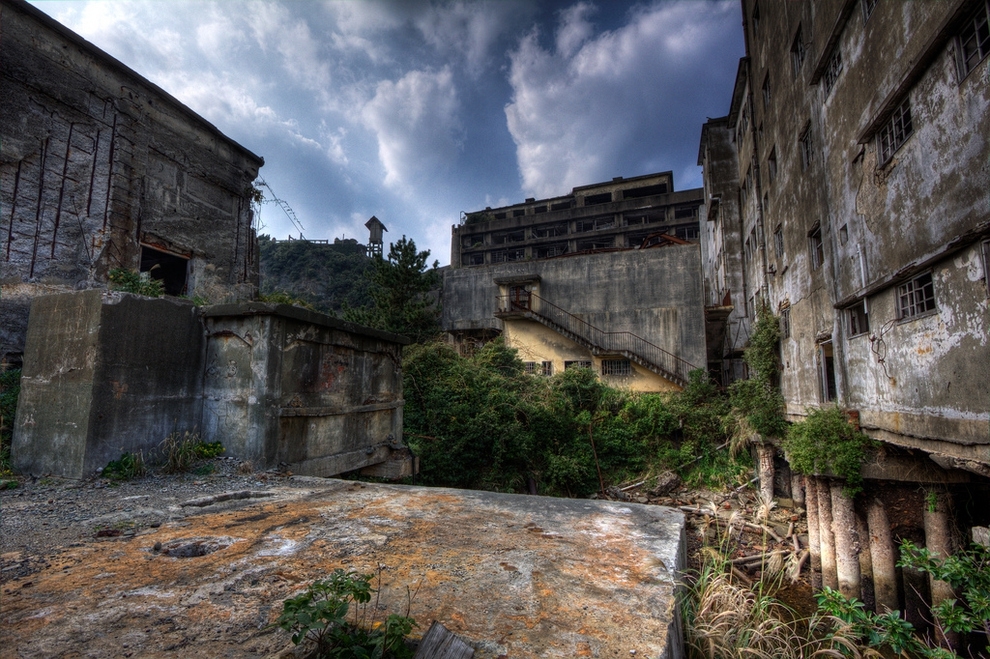 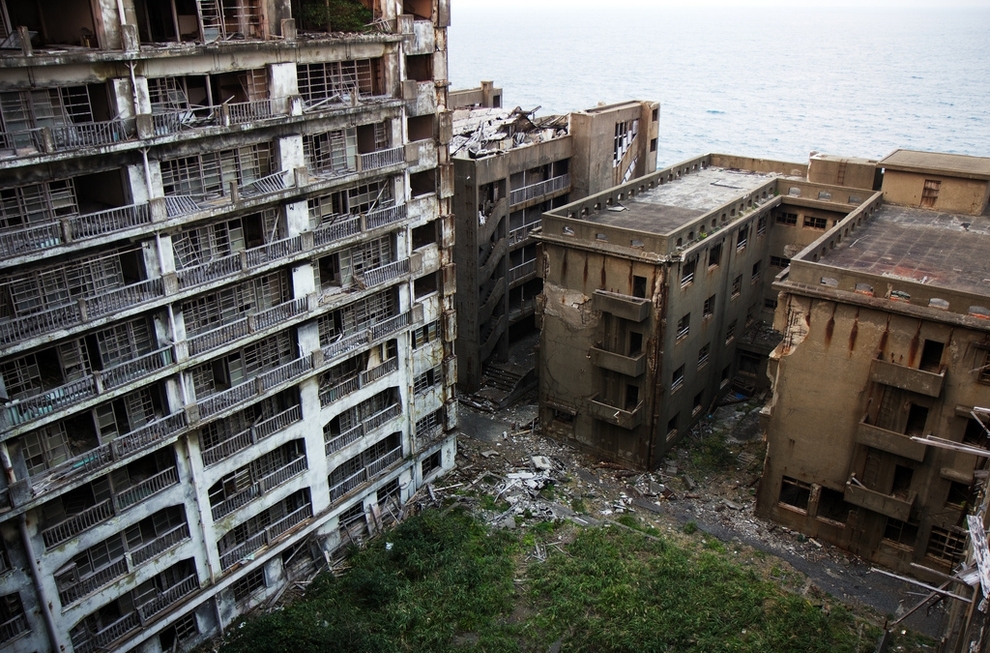 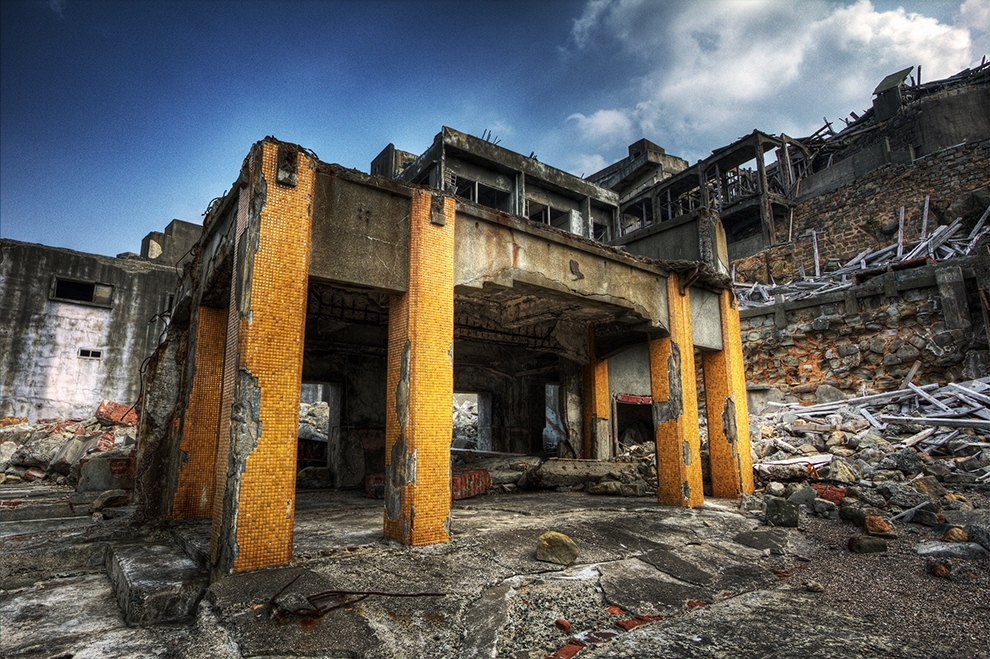 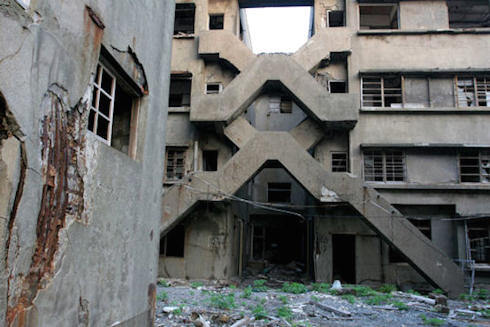 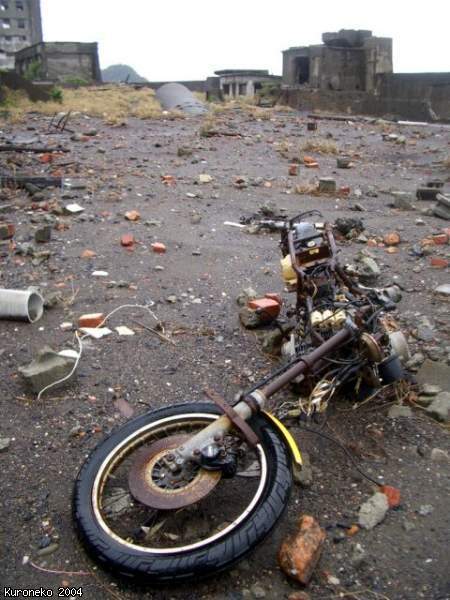 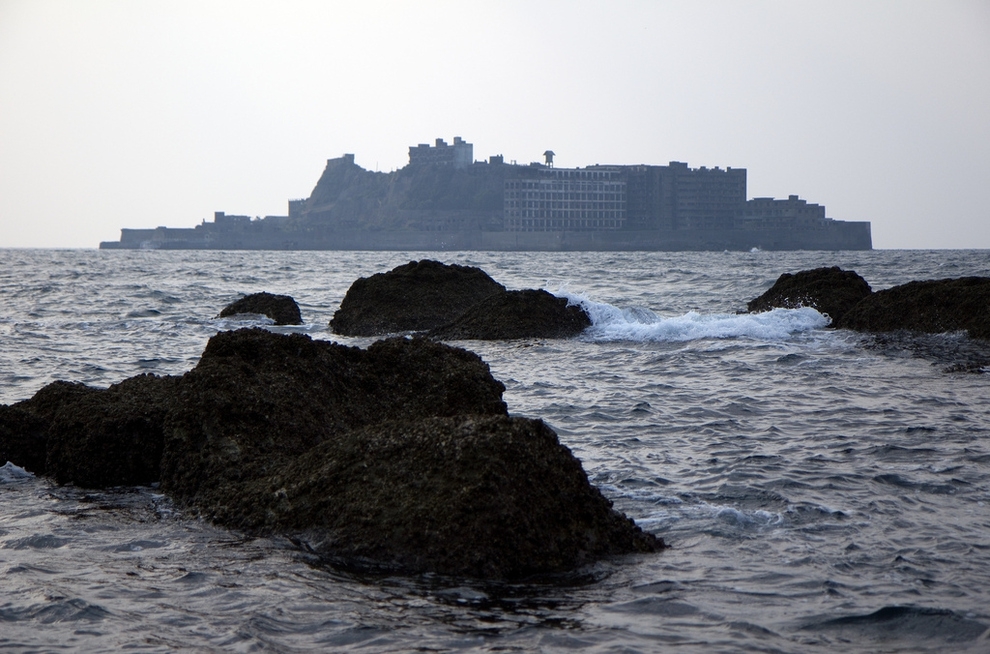