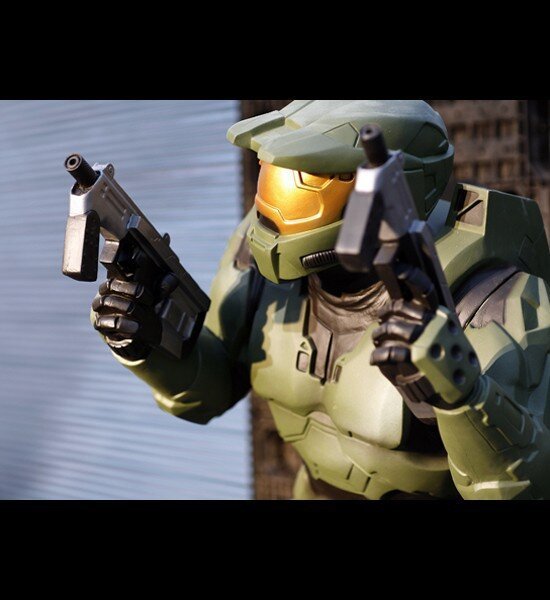 Video Games that Should Be Movies

Some video games are so epic, that we can almost taste the movie that producers can make.

Here are video games that will make you gizz if seen in movies. 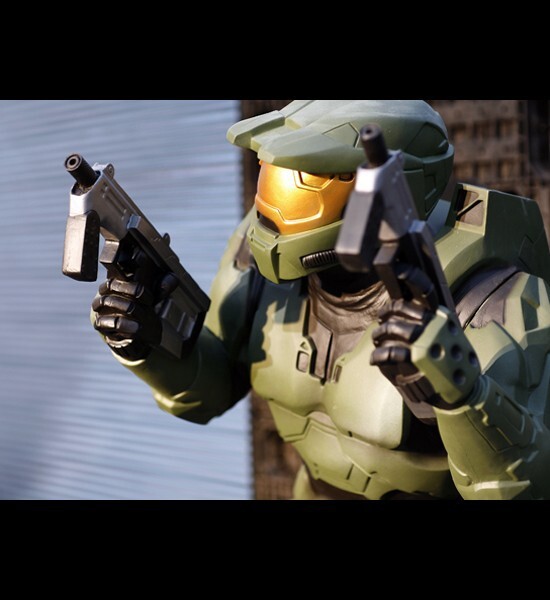 0
Смотреть все фото в галерее
Why It Would Work: The Saga of Master Chief’s battle against the alien parasite known as The Flood has generated billions of dollars in video game sales for a reason. It’s sci-fi action mixed with riveting storytelling. A movie has been rumored for years but here we are, still waiting. *Sigh*

Who Would Star: Although rumors of Ron Perlman have swirled around the internet, it would be cool seeing Gerard Butler ("300") take the helm of Master Chief. 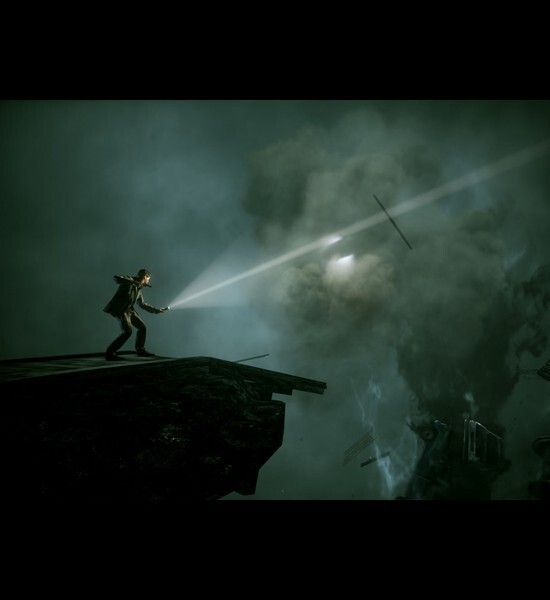 0
Why It Would Work: With the ominous feel of a Stephen King book come to life, Alan Wake created a world filled with horror and mystery. You didn’t know what was real and what was in his head, which sounds like the perfect formula for a David Lynch film.

Who Would Star: John Cusack would make for a fantastic big-screen Alan Wake. 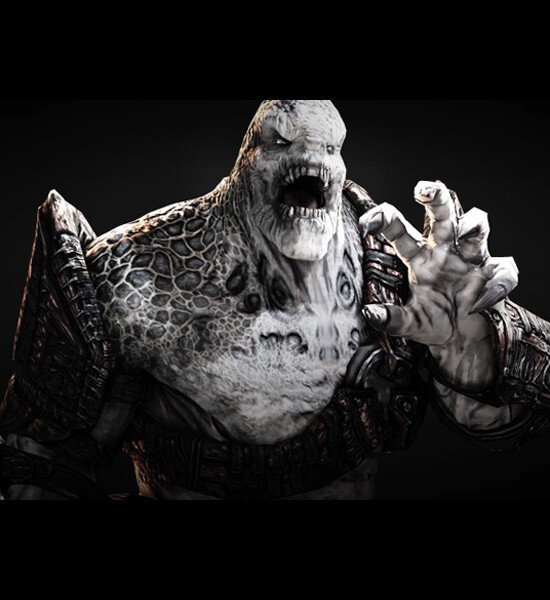 0
Why It Would Work: Alien-like monsters rise up from beneath the surface of the planet and declare war on humanity. The last line of defense between the Locust and us is a group of elite soldiers called COGs. With so many great characters and villains, Gears of War could become not just a movie, but a very enjoyable franchise.

Who Would Star: Imagine a chainsaw-machine-gun-wielding Bruce Willis as Marcus Fenix. It just feels right, doesn’t it?

The Legend of Zelda 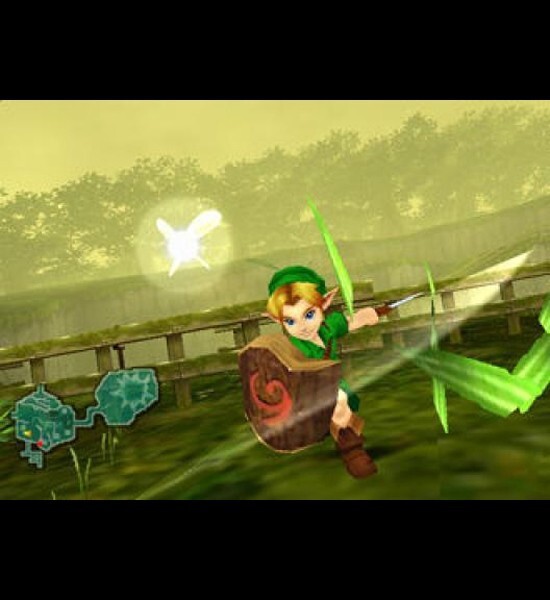 0
Why It Would Work: How has Zelda been around this long and NOT become a movie? With a "Lord of the Rings" quality to the setting, Link has traveled through time and across countless worlds battling evil for Princess Zelda. The word "epic" is thrown around way too often, but a Zelda movie couldn’t be described any other way.

Who Would Star: Although Link is also an elf, let’s not typecast and stick Orlando Bloom in there. Michael Cera could pull off Link quite
well 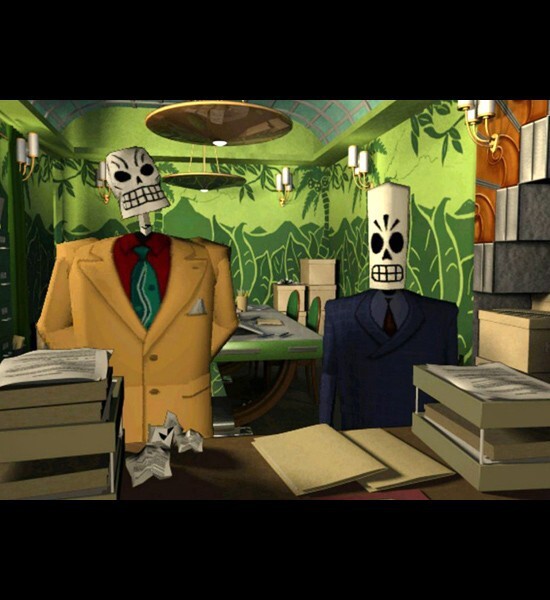 0
Why It Would Work: It’s the story of travel agents in the Land of the Dead deciding how quickly souls travel through the underworld by booking them different means of travel based on their life’s merit. If this isn’t a Tim Burton movie, I’m not sure what is.

Who Would Star: If it’s Tim Burton, you know Johnny Depp and Helena Bonham Carter are going to be all over it. For this project, that would actually be perfect. 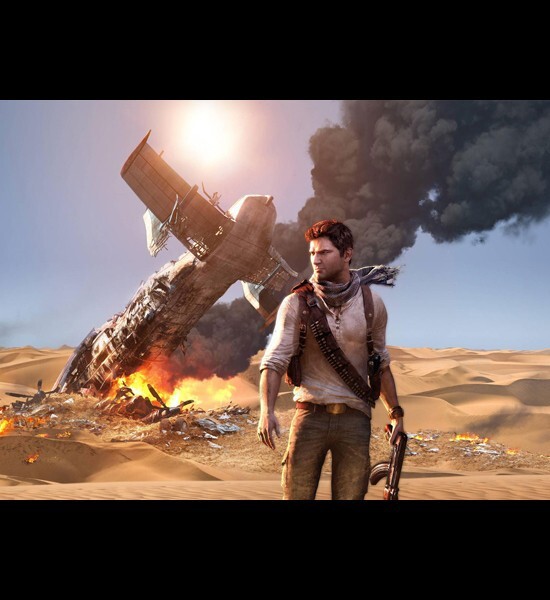 0
Why It Would Work: Boasting one of the most charismatic and likeable characters ever in a video game, Uncharted is full of action and adventure that feels like a modern day Indiana Jones. This is another game that has movie rumors floating around but nothing solid as of yet.

Who Would Star: Mark Wahlberg was rumored to be attached to the project, which would be great. Brad Pitt would make a fun Drake, as well. 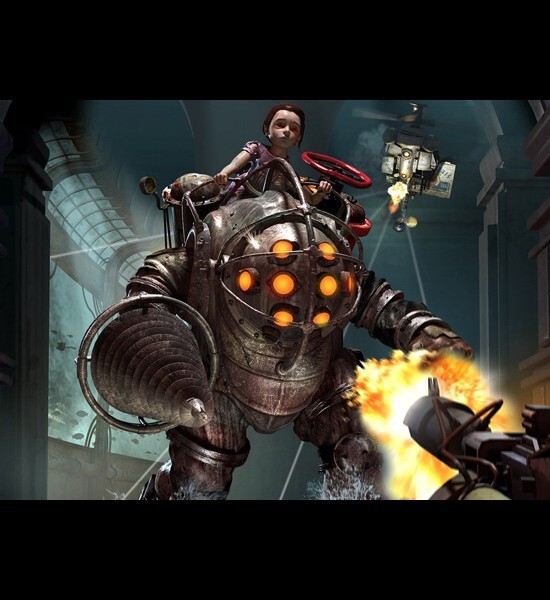 0
Why It Would Work: Bioshock took video game storytelling to a whole new level, so nothing would be better than seeing the abandoned paradise city of Rapture up on the big screen. The trailer could be nothing but a silhouette of a Big Daddy and us Bioshock nerds would line up around the block.

Who Would Star: Daniel Day Lewis. Oh man, I can’t even think about that. It’s too much. I need to go lie down. 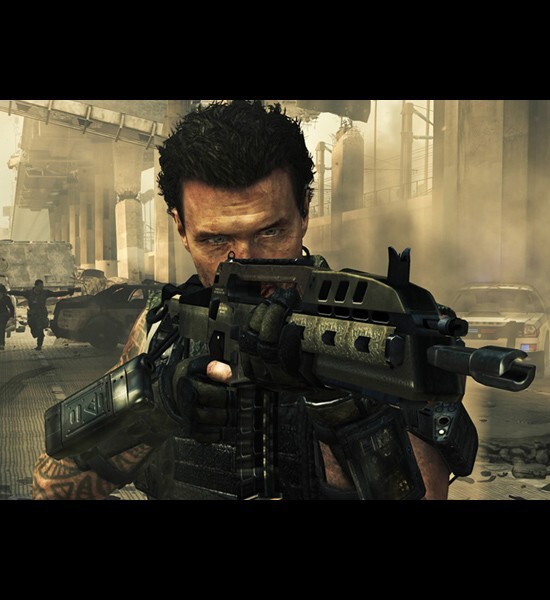 0
Why It Would Work: If every player that’s killed me in a multiplayer match went to watch this movie, it would pass "The Avengers" and "Avatar" in 3 days. Call of Duty is warfare at its best and with its brilliant storytelling, it would probably lean more towards "Saving Private Ryan" than "G.I. Joe."

Who Would Star: It’s a war movie, so you’re going to have a lot of tough guys.Pretty much all the Bad Asses who ever made a great action film would work. 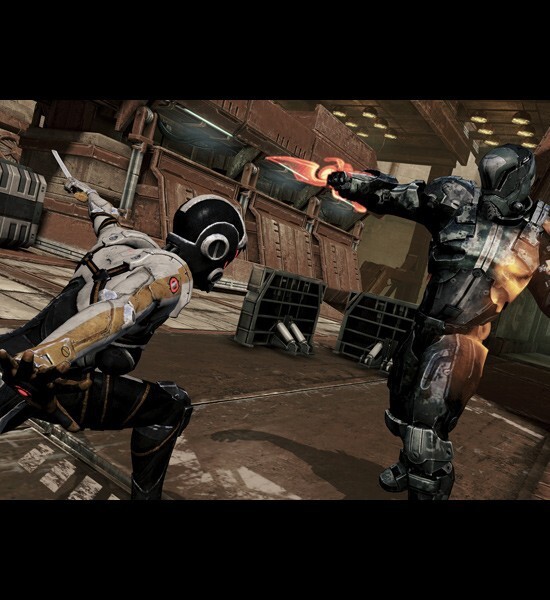 0
Why It Would Work: The critically acclaimed trilogy follows Captain Shepard (who is male or female, depending on the player’s choice) through a universe of full of fascinating characters and storylines. If done correctly, this could be an amazing cinematic experience.

Who Would Star: If Captain Shepard is female — Angelina Jolie; if the captain is a male, it would be cool to see Matthew Fox take on a big starring role like this. 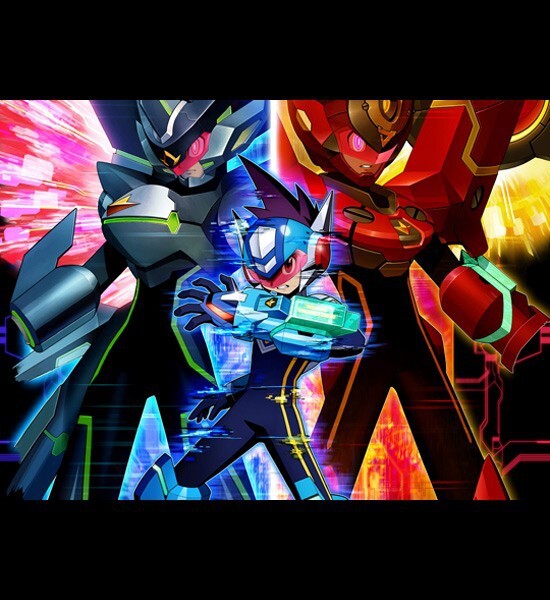 0
Why It Would Work: Mega Man is such an iconic character, it would be fun to see him fighting Dr. Wily and his army of evil robots with a script and direction from the likes of Joss Whedon.

Who Would Star: Although he’s small, he does have to pack a punch. Chris Evans would be an interesting choice — plus, he has blue suit experience. 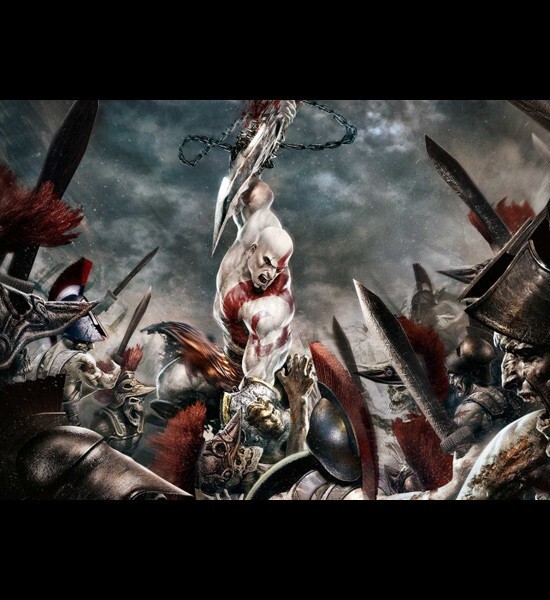 0
I've been saying this, and I'll say it again: some one needs to make a God of war immediately.

Why It Would Work: Kratos battling through Olympus may sounds similar to "Clash of the Titans" but with the Spartan’s dark background and more massive battles than you can count, God of War could put the Kraken to shame.

Who Would Star: After his breakout role as Bane, Tom Hardy would make a great Kratos 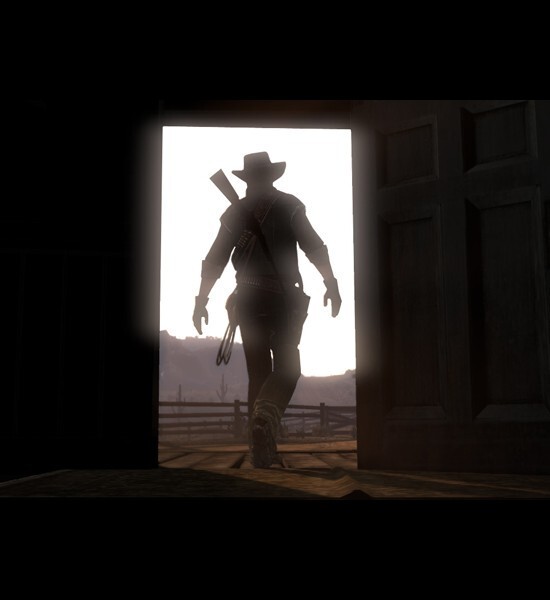 0
Why It Would Work: It’s Rockstar, the company that introduced the world to Grand Theft Auto, taking on the Old West. The action is intense and the characters definitely aren’t what you see on AMC. Possibly a Quentin Tarantino adaptation? Okay, I need to stop doing this — I’m getting myself way too excited.

Who Would Star: It would be great to see Mickey Rourke as retired outlaw John Marston. 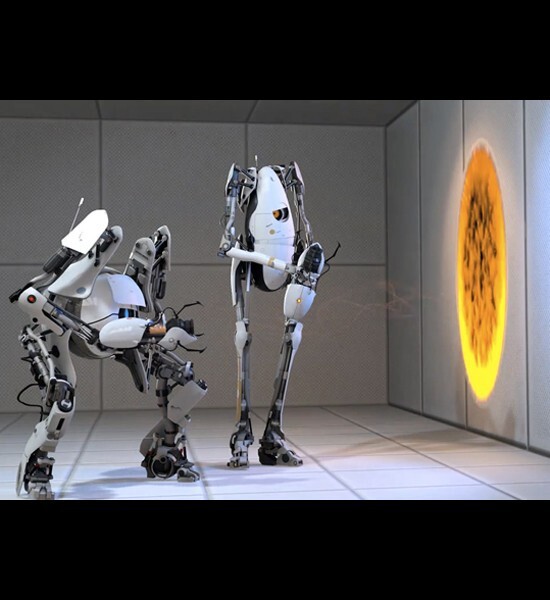 0
Why It Would Work: What many consider the greatest video game of all time, Portal defies time, space and pretty much any other rule we thought couldn’t be broken. If the Wachowski brothers could give this "The Matrix" treatment, it would be an IMAX dream come true.

Who Would Star: Although he doesn’t speak in the game, Ewan McGregor could be given some dialogue as Chell, with Famke Janssen as the voice of AI GLaDOS.