Most Brutal Deaths in Comic Books.

It’s not all sunshine and gumdrops being a comic character. Sometimes – actually, quite often – characters meet a gruesome, brutal fate. And that’s what we’re here to celebrate, because we are horrible, morbid, immoral people who delight in the suffering and agony of fictional characters. Comics have a history of violent deaths, but sometimes they are forgotten, left lying in the gutters. We’ve compiled a list of what we believe are the most brutal deaths in comics. It goes without saying, this is NSFW. 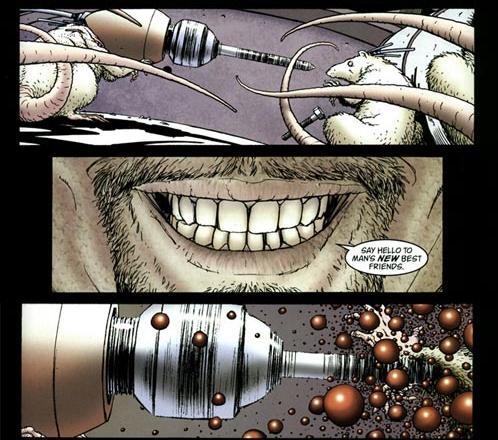 0
Yeah, these are just two random lab mice, but the concept behind this is staggeringly disturbing. A mouse is technologically altered by having a drill fit to its head and has its movements controlled by military scientists. As a demonstration, one of the scientists takes the mouse and forces it to drill one of its coworkers to death.

Joker Beats Jason Todd to Near Death, Then Blows Him Up (Batman) 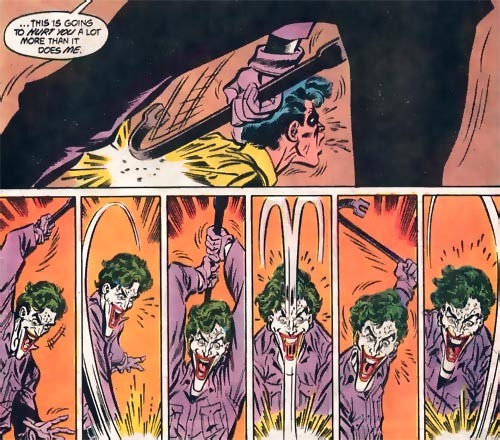 0
Jason Todd was the unpopular second Robin who – in no small part due to his unpopularity – was beaten to a pulp by the Joker with a crowbar. He’s then left in a warehouse which explodes before Batman can reach him, killing him. To add insult to injury, all of this is done in front of his mother, who dies in the explosion as well. 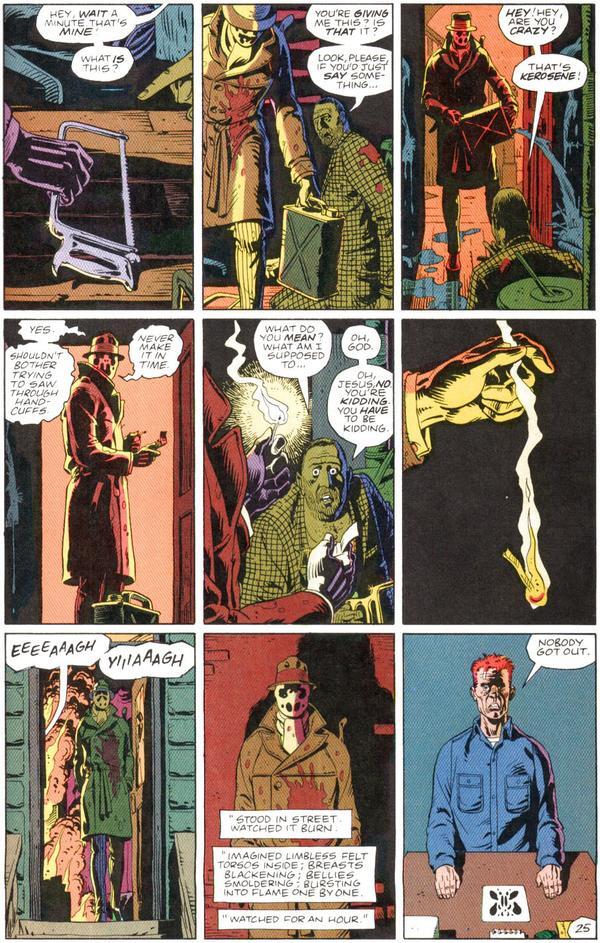 0
Driven past the point of sanity by the horrible realization that a kidnapper has dismembered an innocent girl and fed her remains to his German Shepherds, he captures the man and presents him with a choice – to cut off his own hand or burn to death. Well, it’s not really much of a choice, because Rorschach pretty much dumps gasoline around him and drops a match in the instant after the man realizes just what his predicament is. 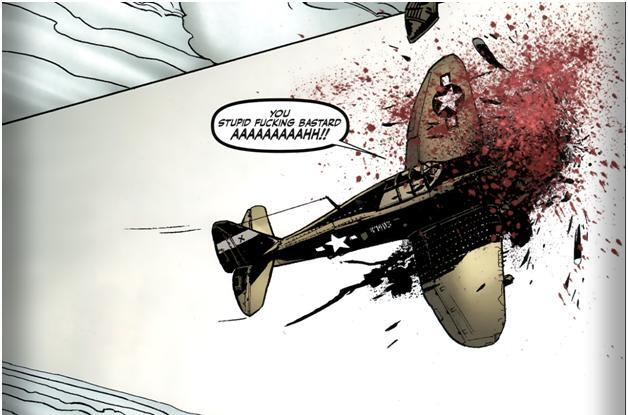 0
In this, superheroes – most explicitly analogues of Captain America and the Falcon – are present for the Battle of the Bulge. Things don’t go well, and the Falcon analogue decides he needs to take to the skies. Which he does for about two seconds, before he’s hit by a passing plane, getting churned in the rotor. What remains of him is run over by a German tank.

The Punisher Feeds a Man to Piranhas, Another to a Python and a Third to Polar Bears 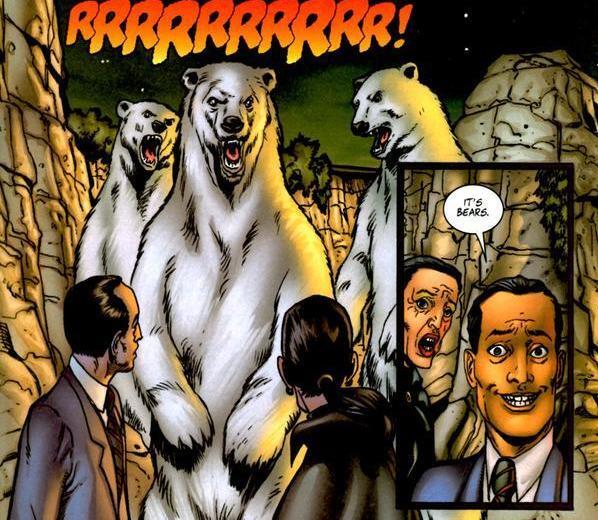 0
The first is dipped into a piranha tank until only a skeleton remains. The next is constricted by a large snake. And finally, with only one enforcer and the mob boss herself left, Frank Castle jumps into a bear pit and punches a polar bear in the face. The bears are understandably perturbed, and take out their aggression on the Punisher’s foes.

Midnighter Sodomizes (Not) Captain America to Death With a Jackhammer (Authority) 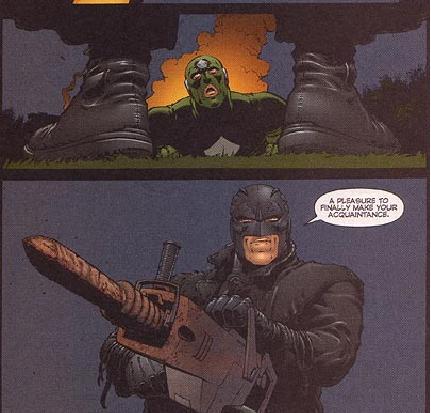 0
Their leader, the Commander, also happens to be a serial rapist, and implicitly rapes Midnighter’s lover Apollo. Of course, Apollo recovers and proceeds to decimate many of the government-backed superheroes, but leaves the Commander wounded and alive. And then Midnighter shows up with a jackhammer. So remember, if you’re ever writing for DC, brutal violence and overt political commentary is crossing the line, but jackhammer-rape? That’s cool.

Marv Cuts off Kevin’s Arms and Legs, Feeds him to his Wolf (Sin City)

0
Marv dismembering the serial killer Kevin after he discovers Kevin has murdered a prostitute he became of and is responsible for kidnapping and slowly cannibalizing women throughout the city. After a quick, bloody fight, Marv applies tourniquets to Kevin’s arms and legs, cuts them off, and then slowly feeds Kevin to the latter’s pet wolf. 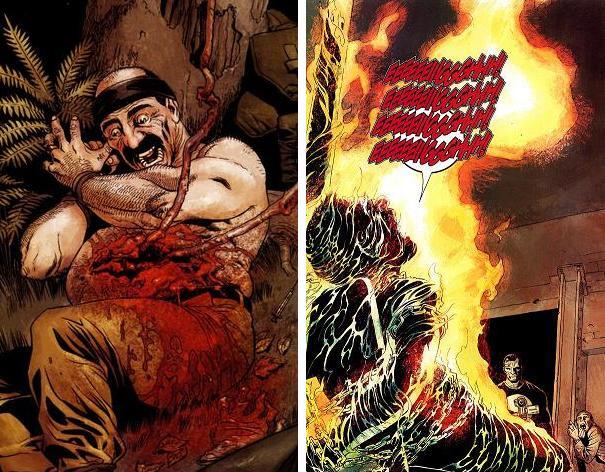 0
Confronted with a sex slave operation from Eastern Europe, the Punisher slowly makes his way to the leaders, who he proceeds to disembowel, toss against a reinforced window until it eventually gives out, and burn alive. 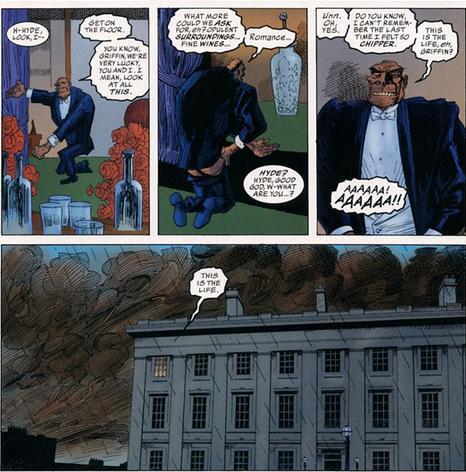 0
Griffin, the Invisible Man, has betrayed the League to the invading Martian tripod army. Worse yet, he beat Wilhemina Murray in a manner that, if not explicitly sexual assault, subjected her to sexual degradation. Well, you know what that means – he’s going to pay for it. Alan Moore, however, turns the archetypical violent chivalrous crusade on its head, as Hyde hunts down Griffin and… rapes him. Possibly to death. Regardless how Griffin exactly meets his end, it’s enough to convince Nemo – Hyde’s ally and a battle-hardened killer himself – to call for Hyde’s head. So what could be brutal enough to top that?

The Jack The Ripper Murders (From Hell) 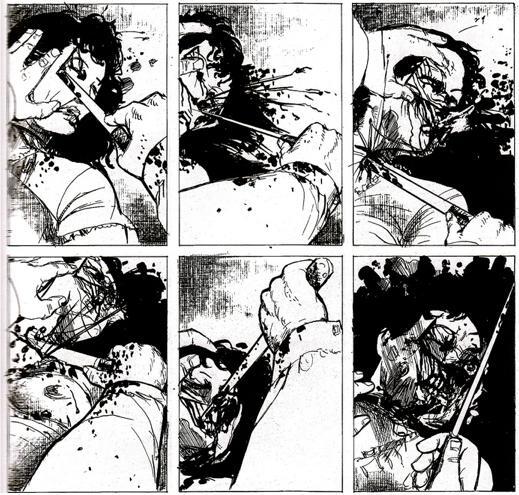 0
Moore’s and Eddie Campbell’s truthful, violent portrayal of the Jack The Ripper murders, and the misogynistic, nihilistic virtues they embody makes them the most brutal deaths in comics.