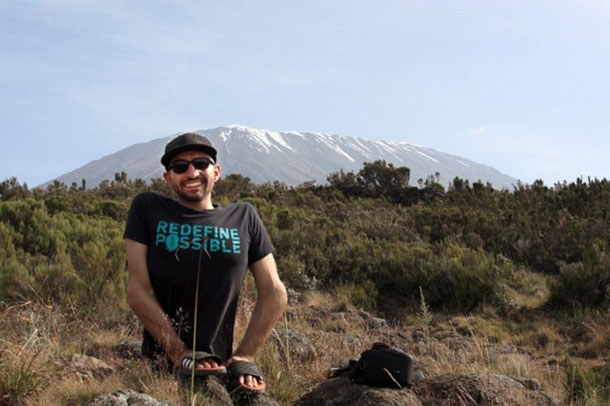 17 feb 2013 16:43
373
27
This is Spencer West.
There aren’t many people in the world like him. At age 5 he tragically lost both his legs, with doctors assuring him that he would never be able to walk or lead an active life again. But the Canadian-born 31 year old has defied all the odds, knocking down every barrier and obstacle in his way.
With the support of his family & friends and through sheer willpower, Spencer has proved the doubters wrong by achieving the impossible.
He climbed Mt. Kilimanjaro.
He spent over 12 months in intensive training, making sure his arms and hands were strong enough to support the extreme physical pressure they’d be put under. It took him a grueling 7 days to make it to the summit, he traveled only using his hands for a stunning 80% of the trek and with his two best friends by his side willing him on – he helped raise an incredible £300,000 for the Free the Children charity.
Through sheer drive, determination and perseverance Spencer West as shown the world that anything is possible and in doing so, he truly is an inspiration to us all.