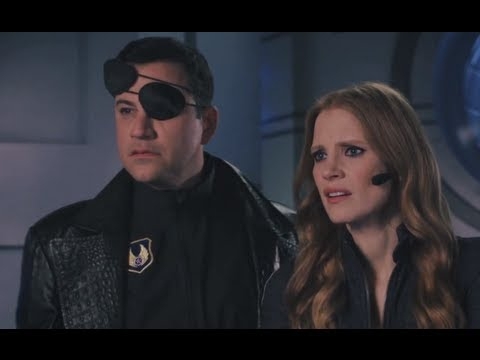 26 feb 2013 22:50
221
1
After last year’s Academy Award ceremonies, Jimmy Kimmel introduced us to ‘Movie: The Movie,’ a faux film trailer now holding over 20 million views. And last night, with the 2013 ceremonies freshly in our rearview, the host did it again with ‘Movie: The Movie: 2V.’
Starring the likes of John Krasinski, Gerard Butler, Bradley Cooper, Jessica Chastain, Kerry Washington and even Bruno Mars, ‘Movie: The Movie: 2V’ features an elite team of stereotypes who agree to take on a plague of sexy vampires and zombies. And as the trailer states, “The only way to fight sexy is with sexy,” which is why Hollywood’s leading stud, Channing Tatum, also made an appearance.
And of course, we can’t forget about Matt Damon, uh, “eating that sandwich.” (If you know Kimmel’s running feud with Damon, you can imagine where this is going…) So be on the look out this coming Arbor Day for ‘Movie: The Movie: 2V.’