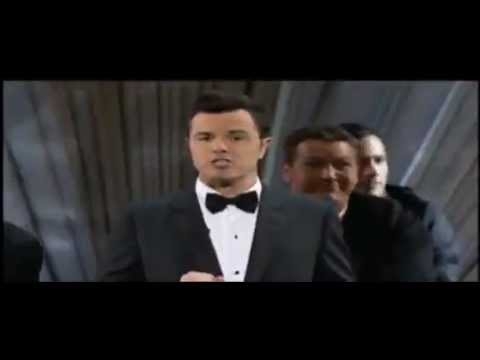 Seth MacFarlane Oscar Song About Boobs: Everyone Was Offended

26 feb 2013 23:26
253
1
We know it’s been a few hours since you’ve seen this, so you’re probably jonesing pretty bad for Seth MacFarlanes ‘We Saw Your Boobs’ song he performed at the Oscars last night. Here it is, a big giant list of the times he’s seen actresses topless onscreen. And the actresses were kind enough to provide hilarious reaction shots. (Some of them. Obviously not Meryl Streep.)
The song, and Seth MacFarlane’s entire hosting gig in general, has already proven controversial. Perhaps it’s not the most highbrow humor, but at least he didn’t talk about poo. Or perform it in his Quagmire voice.