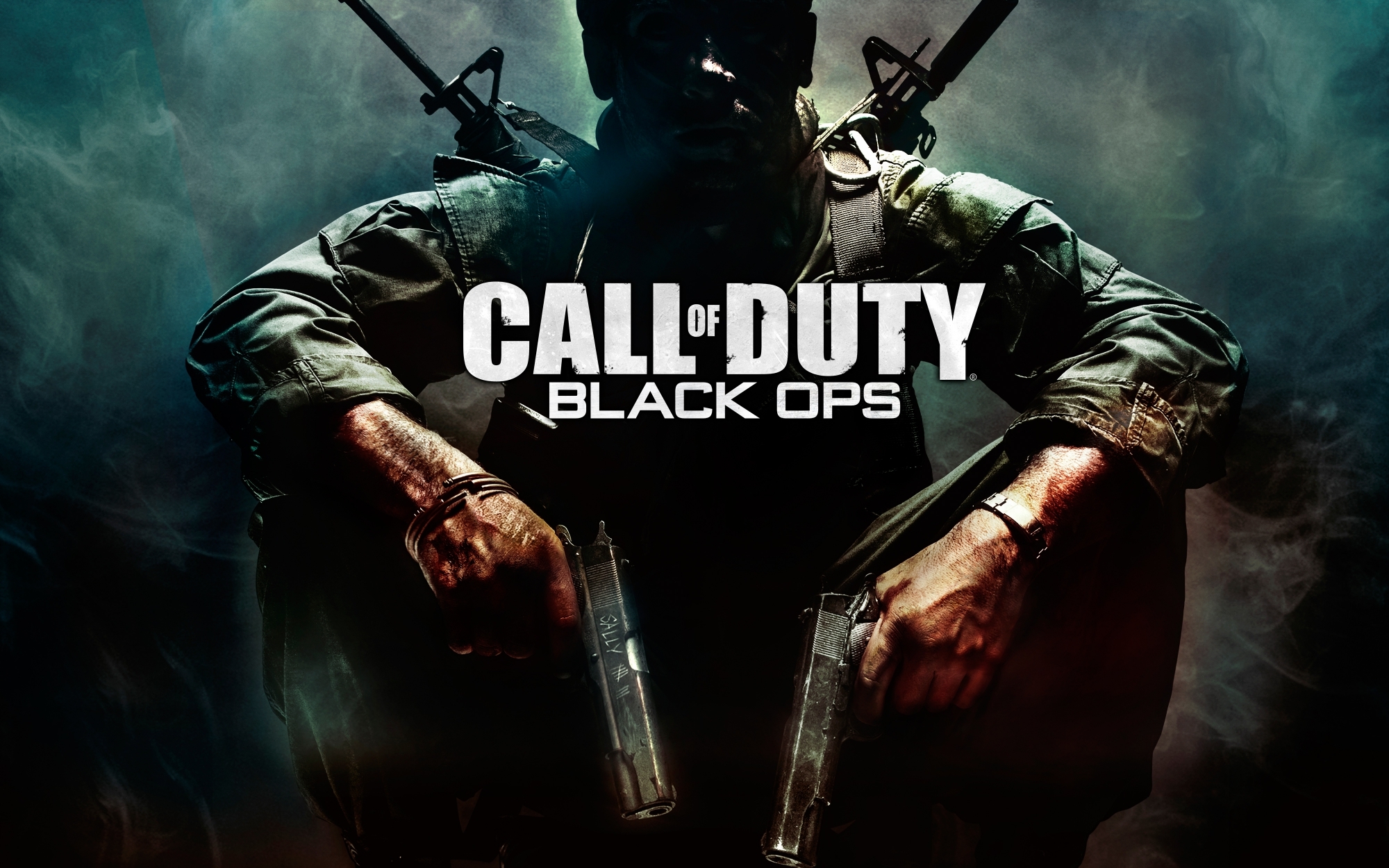 28 feb 2013 15:29
480
7
Here are a few Video Games that when you got to the end you weren't disappointed. These Video Game endings actually did a good job and didn't suck 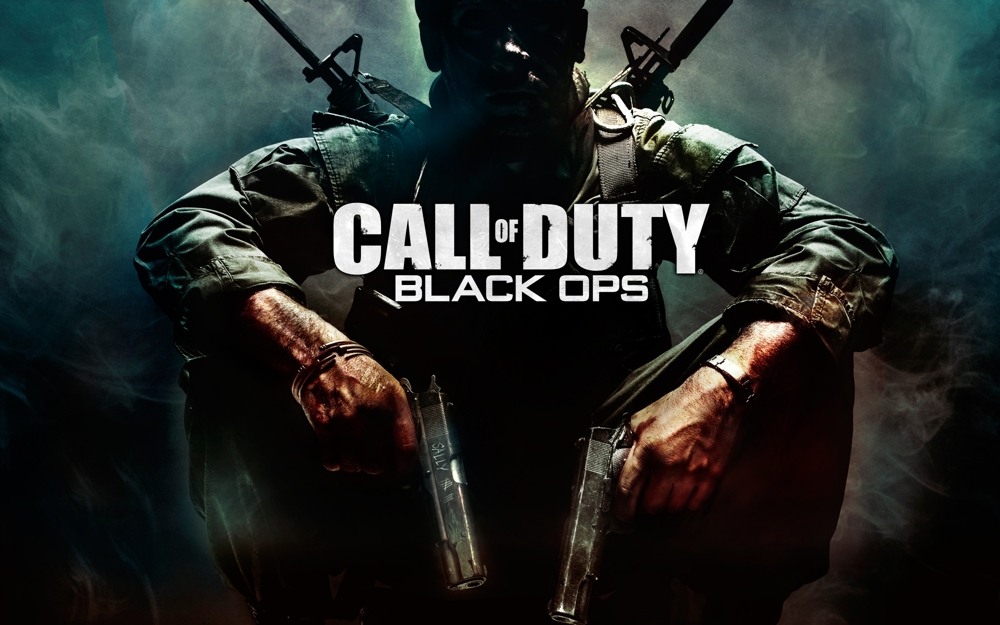 0
Смотреть все фото в галерее
Call of Duty: Black Ops - This almost has to be somewhere on the list, for World Record continuity’s sake. Listed as the best video game ending of all time in the Guinness Book of World Records, Black Ops’ ending does what the game’s story had done for most of the game, and totally screws with your mind. Not only does it provide you with the opportunity the kill the game’s biggest villain, Dragovich, in an extremely satisfying manner, (in how many video games do you kill the big baddie by choking him, and holding him underwater?), it also makes you doubt what you thought you knew. 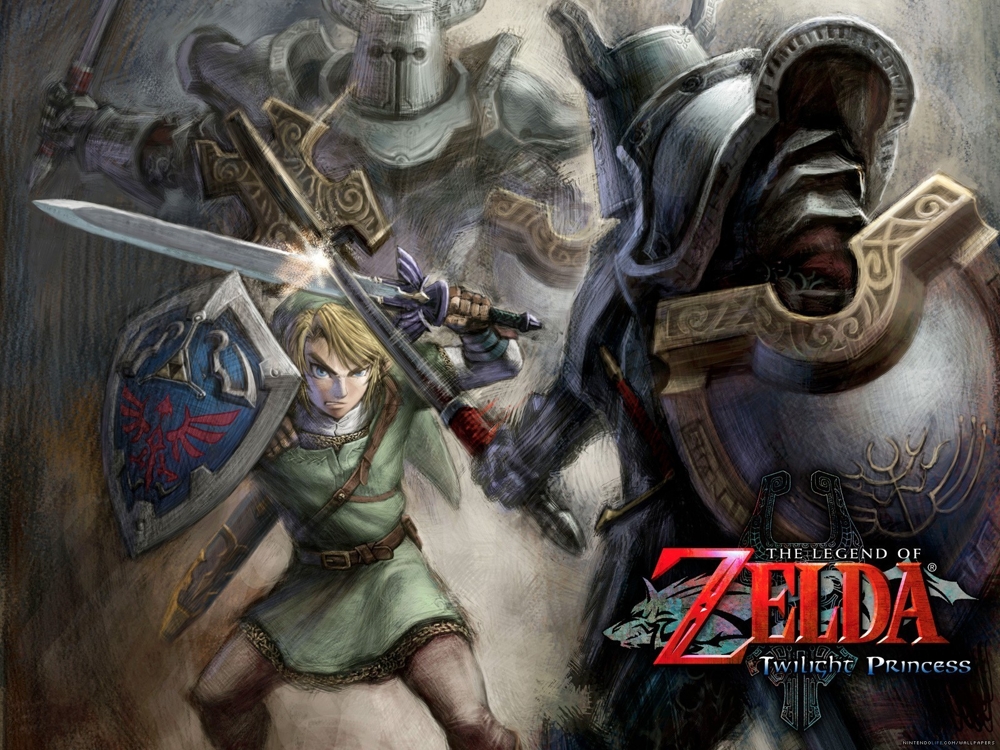 0
The Legend of Zelda: Ocarina of Time- Lauded by many as one of the greatest video games of all time, Ocarina of Time’s ending is one of simplistic joy. After all your running around through Hyrule, fighting monsters and exploring dungeons and temples, being thrust seven years forward in time because you grasped the hilt of a magic sword, and having to deal with the constant ‘Heys!’ of Navi, you finally defeat the evil villain, and save the land. The last scene in the game is simply Link and Zelda standing in the first place they met, begging the question: what will happen now? 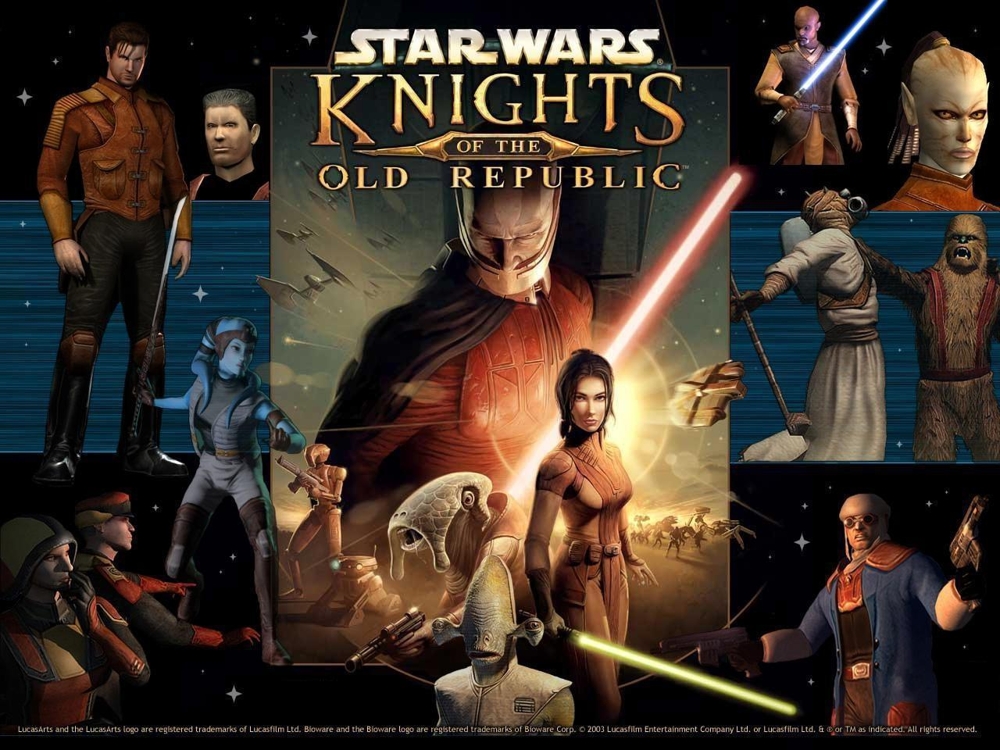 0
Star Wars: Knights of the Old Republic - You can’t have a list based around the conclusion of a video game’s story and not mention Bioware, who have managed to craft a story into almost every one of their games that makes any other video game story pale in comparison. And in this ending, you get to see the fruits of your labour, the result of the choices you’ve made in the game. As a character of the light, you redeem the fallen Bastilla, kill Malak, and destroy the Star Forge, so that it isn’t used for nefariousness ever again. You’re rewarded (somewhat sparsely), for your efforts, and can rest knowing that the galaxy is safe (at least as far as this game is concerned) 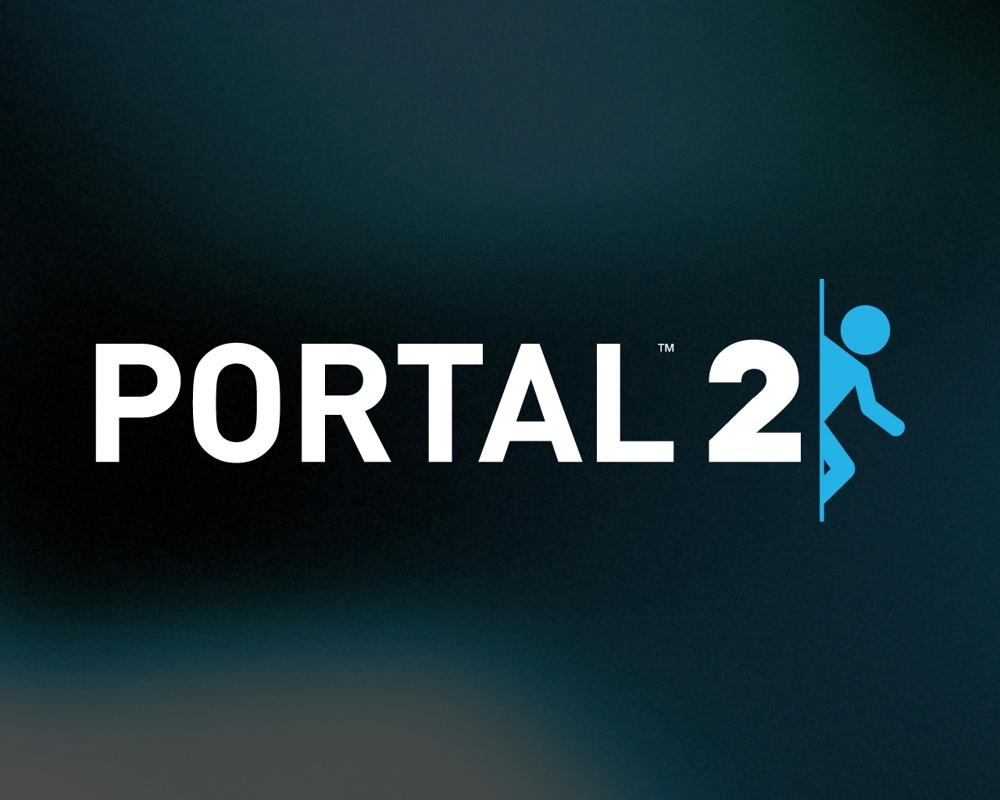 0
Portal 2 - After so much time spent in the Aperture science labs, you finally manage to emerge back on solid ground, though all you see of it is a lone field. The ascension of the elevator through the facility as the Genetic Lifeform and Disk Operating System, (GLaDOS, for those of you not in the know), sings yet another jaunty tune is enough to hearten even the most jaded gamer. 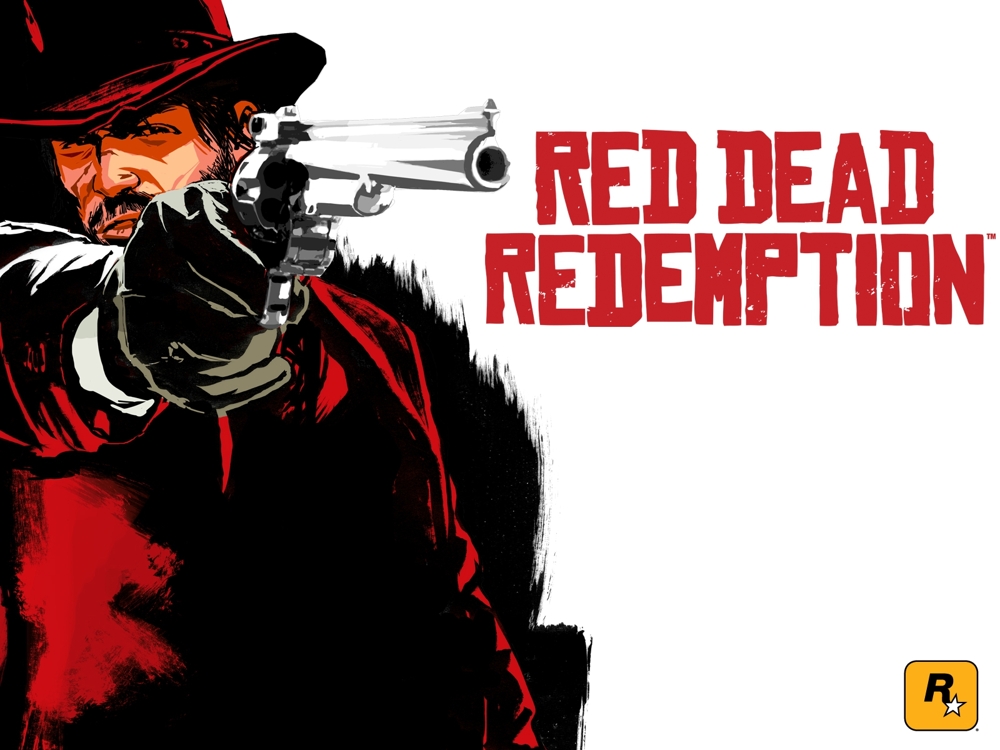 0
Red Dead: Redemption - If Shadow of the Colossus’ ending can be labelled as ‘not happy, exactly,’ Red Dead: Redemption’s ending goes in the complete opposite direction, being outright upsetting. Tracked down by the federal agents he worked with (for, would be the better term), throughout the game, John Marston is cornered in on his home farm, and gunned down in a merciless storm of bullets, so soon after reuniting with his family. The ending is made all the more powerful by the fact that in the missions following his reunion with his family, there is little to no combat. They are peaceful missions, depicting the life Marston was yearning for throughout the course of the game: a simple life with his wife and soon. When his end comes, too soon, most would think, it’s made all the worse because of how the game makes you feel about Marston in its final missions. Of course, in the your post-credit wanderings, you take control of Marston’s son, all grown up, and can totally take revenge on the federal agents who did your dad in. It’s a win-win 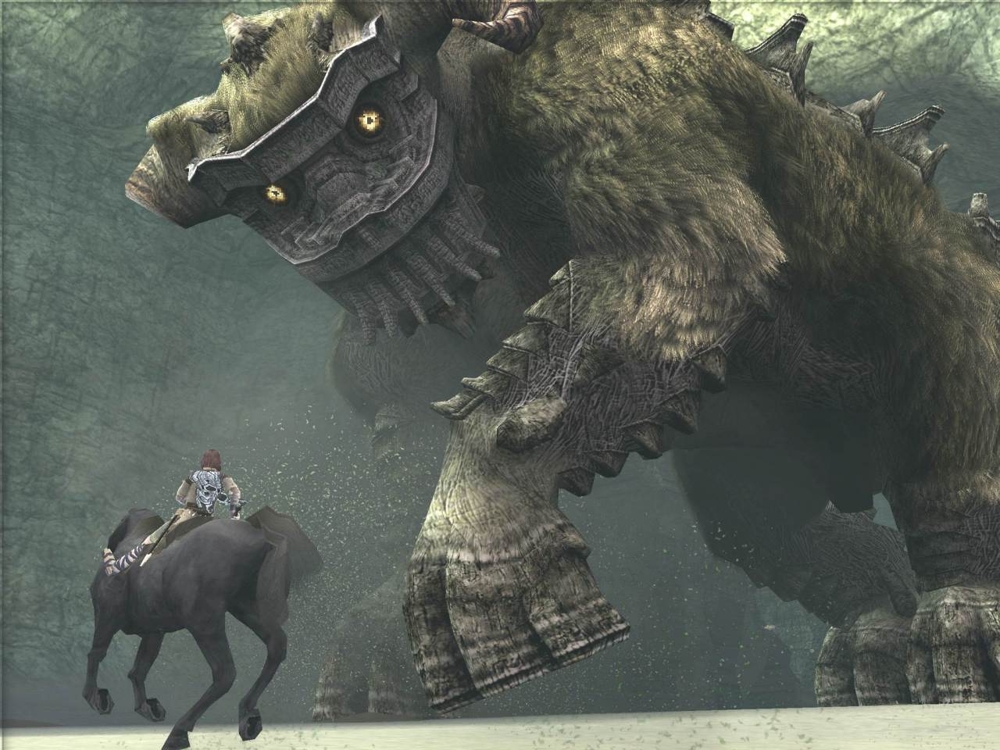 0
Shadow of the Colossus - One of the best titles to be released on the PS2 during its lifespan also happened to have one of the best video game endings you’ll find on that console, or any other. Once you finish off that final colossus, which is no easy feat, everything comes to a head. Just as the party whose goal it was to stop you shows up in the forbidden land, you learn the ultimate price of your actions, and begin your transformation into the demon, Dormin, who had been manipulating you. Your final moments of gameplay serve as nothing more than a chance to stomp your pursuers into powder, and then struggle against the pull of the seal they put up, in a futile attempt to escape. When you finally succumb, your lover wakes up, in time to witness the return of Agro, your faithful horse, limping but alive, and find you as nothing more than a baby in a pool, befouled by a pair of horns, but also alive. Turns out the demon didn’t totally lie to you: you were reunited with your lover, in a fashion. Maybe not a happy ending, exactly, but certainly a powerful one. 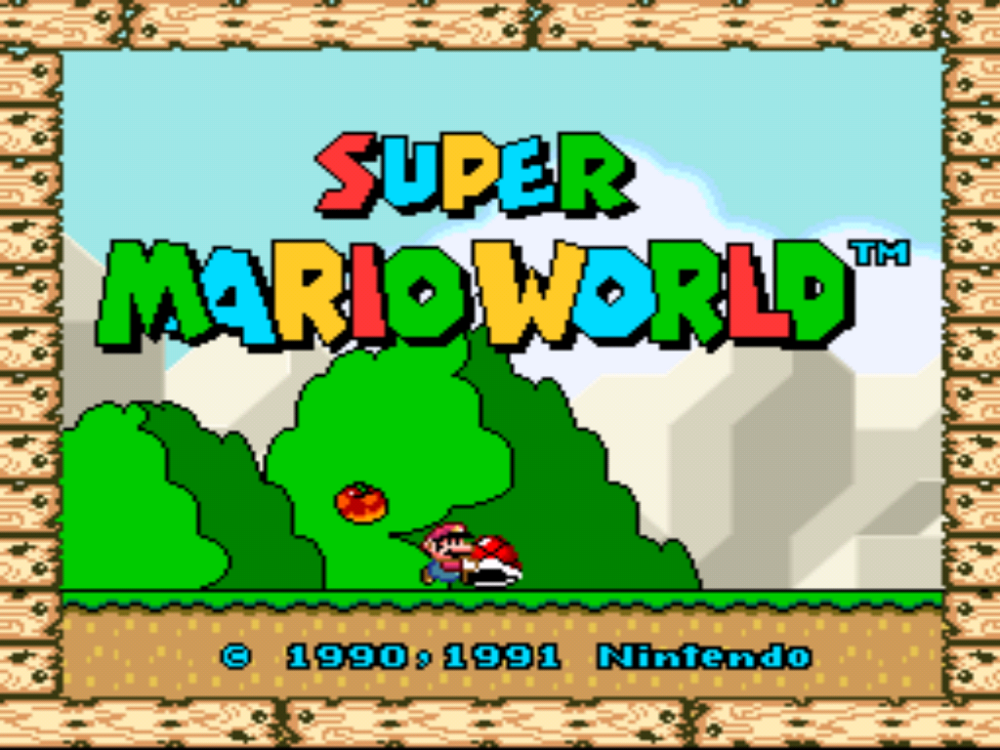 0
Super Mario World- You can’t have a ‘best endings’ list and not feature this game somewhere. It’s the most timeless ending of all time. After bouncing through eight worlds of koopas, goombas, bullet bills, cheep-cheep, and whatever else is thrown his way, not to mention seeing the words ‘The princess is in another castle’ so many times he’s fit to rage quit, Mario finally arrives in Bowser’s castle, defeats the big turtle-dragon thing, and saves his beloved Princess Peach