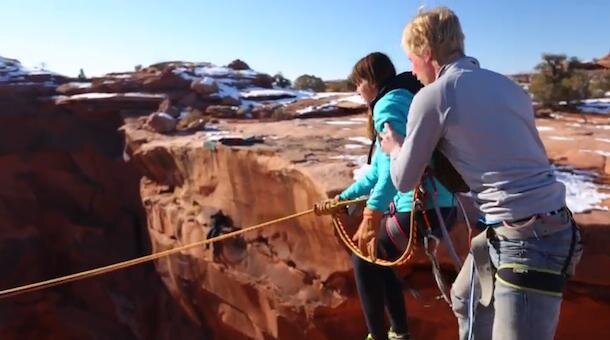 Boyfriend Pushes Girlfriend Off the Cliff, She Breaks Up with Him in Midair

Boy pushes girl off canyon edge into a 400-foot free fall pendulum swing, girl tells boy she's breaking up with him in midair.
Baird posted a picture on Instagram* later in the day with this caption:
"For all y'all asking the same damn question: This picture was taken as soon as Jessica ascended back up to the top after the infamous push. She gave me a massive hug and thanked me for helping her jump. So the answer is no, there was no breaking up to be had that day :-)" 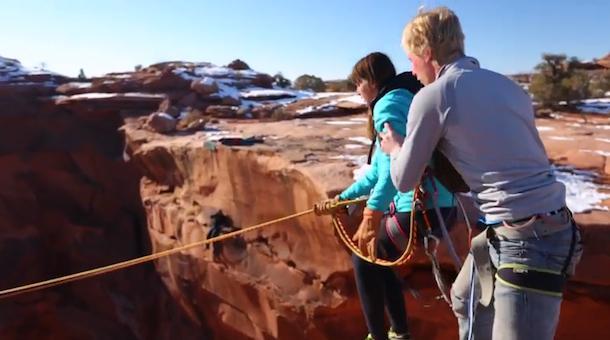 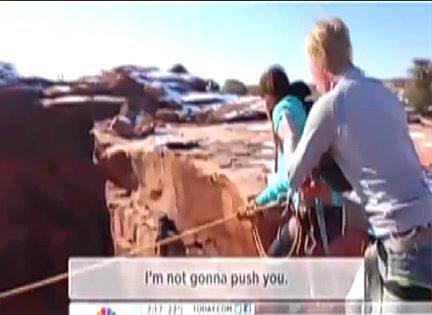 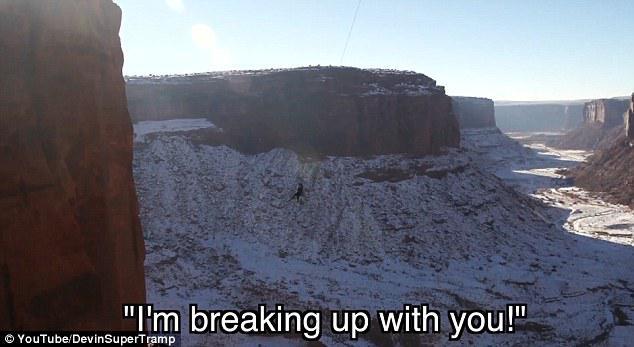 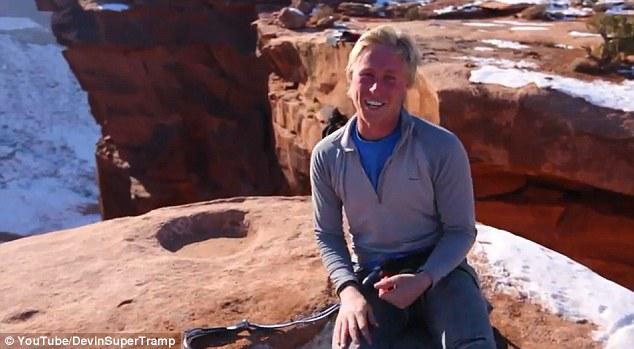 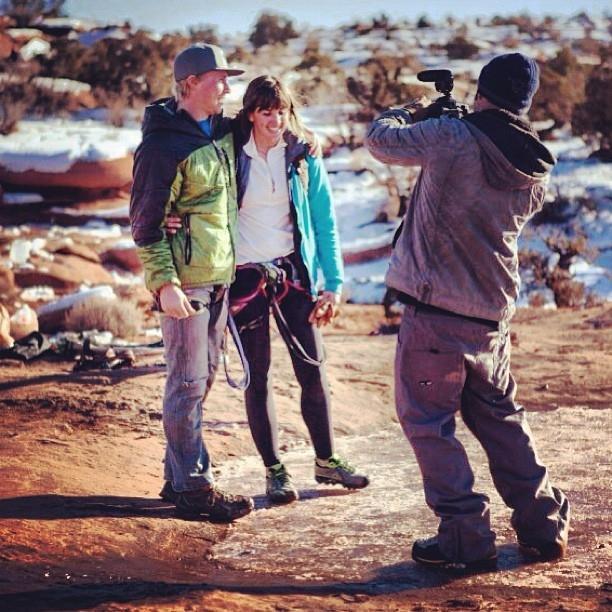