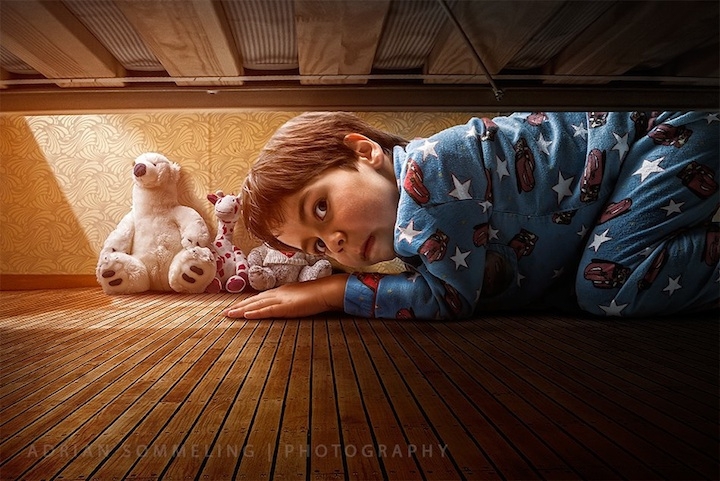 07 mar 2013 08:12
321
9
Who doesn't remember wearily looking under their bed for monsters? Dutch photographer Adrian Sommeling captures the beauty of childhood by creating photomanipulations that feature his young son. As he told Photography Monthly, "Kids are my biggest inspiration and whenever I see my son I remember my own childhood. I want to tell stories and photography opens your eyes to so much." 0
Смотреть все фото в галерее
With almost 9,000 fans on Facebook, he's gained quite a following, despite the fact that he's only been a professional photographer for the last two years. Sommeling sees his photos as photorealistic paintings and believes in thoroughly thinking through an idea before even picking up a camera. On his Facebook page, you'll find some great"making of" videos that show you the process he goes through to create just one image. He's also laid out his six steps in his About section. "Step 1: If I have an idea I first draw it a bit on paper or let it boil in my head for a few days. Everywhere I go I look around me to see if there is the background that I need and is the light okay that I have in my mind."