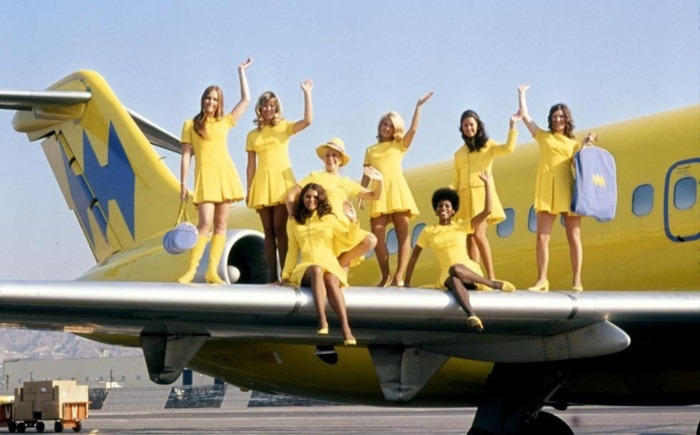 Style in the Aisle: Flight-Attendant Fashion Over The Years (17 photo)

13 mar 2013 12:12
874
17
The Museum of Flight, located a little south of Seattle, owns one of the most extensive collections of historic flight attendant uniforms of US-based airlines, stretching from the 1930s to the 1980s. These vintage uniform and memorabilia is on display at the “Style in the Aisle” exhibit at the Seattle Museum of Flight until May 30, 2011. 0
Смотреть все фото в галерее
The exhibit features a dozen complete uniforms, dating from the 1930s to the 1980s and representing several different airlines. The progression from conservative uniforms to colorful and flamboyant fashions and back to conservative mirrors the public image of the flight attendant’s role over the 80-year history. The exhibit also features a variety of artifacts including flight bags, accessories, and memorabilia that help tell the story of the flight attendant alongside glamorous photographs.

The Museum of Flight’s extensive flight attendant uniform collection made its first public appearance in a temporary exhibition in 2008. The exhibit became so popular that the museum has brought it back the second time with many new uniforms added to the exhibit. 0
In 1935 and 1936 flight attendants wore bandages on his left shoulder in honor of the birth of "United Air Lines". This photo is among those that are presented at the exhibition in the Museum of Flight in Seattle, Washington, which will be held until May 30 0
Dress of Delta Airlines stewardesses in summer (left) and in winter, circa 1940-42. 0
A Seventies publicity image for United Airlines show the first class service passengers would receive. The style of uniform indicates that it was a flight to a tropical destination such as Hawaii 0
Stewardesses of “Qantas Airways” in uniform created by Emilio Pucci, which they wore from 1974 to 1985. 0
Stewardesses of “Southwest Airlines” in a photo taken in 1971 0
A Pacific Southwest Airlines uniform from 1973