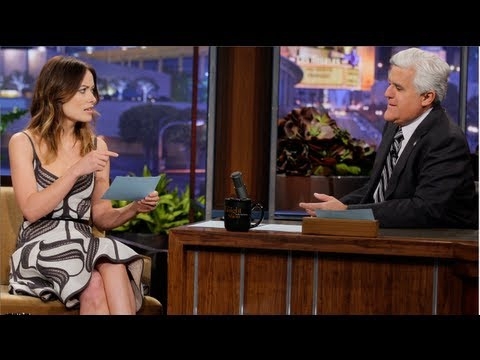 13 mar 2013 16:16
650
1
Olivia Wilde has recently been in a twitter feud with Justin Bieber. After Justin Bieber tweeted a photo of himself with no shirt on Olivia Wild had a response for Justin Bieber. What she got back was a ton of tweets from Justin Bieber fans. Watch as she reads just a few of the fans tweets on the Jay Leno Show. She is adorable and this clip is hilarious.
Olivia Wilde's Bieber twitter Feud