Have you seen the movie Fear And Loathing In Las Vegas? It’s a disturbing, surreal drug addled haze of sequences and characters marauding around on screen in the most unlikely and unusual scenarios. Well, you can apply that same level of the bizarre to the phenomenal works of acrylic painter David MacDowell. Aside from his dark & satirical interpretations of American pop culture, is the impressive fact that he’s actually self-taught. His stunning candy coloured nightmarish scenes were not the product of years of University study & endless lectures, but the result of spending the majority of his childhood (like many of us) watching TV, listening to band & absorbing movies. His work has been featured around world and exhibited right across America in numerous gallery spaces – hardly surprising given his unique gift & talent for the extreme. Below is just a small sample of his controversial, confronting & frankly awesome work, you can experience the full range of his imagination via his official Flickr channel.

Lord Of The Rings 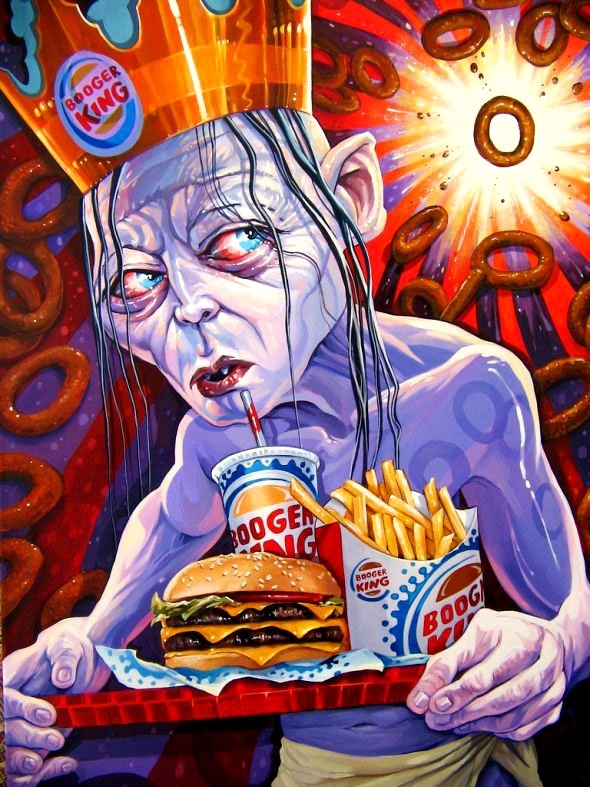 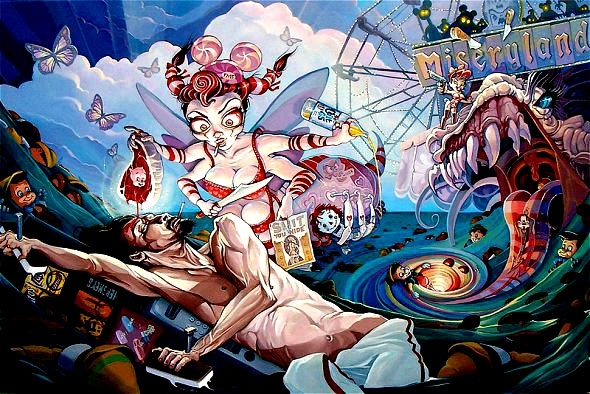 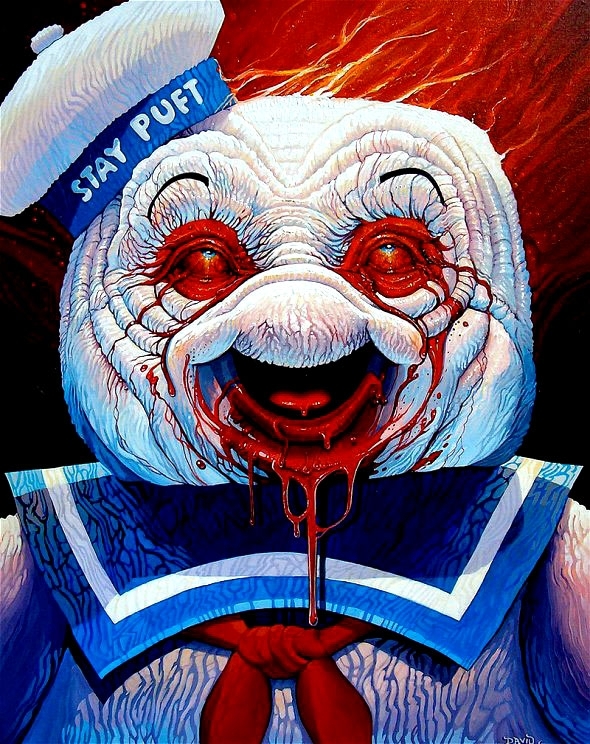 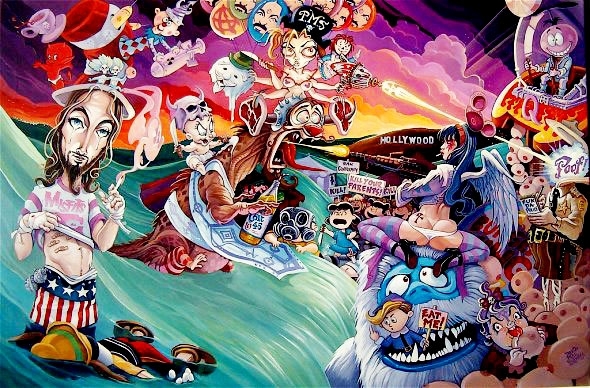 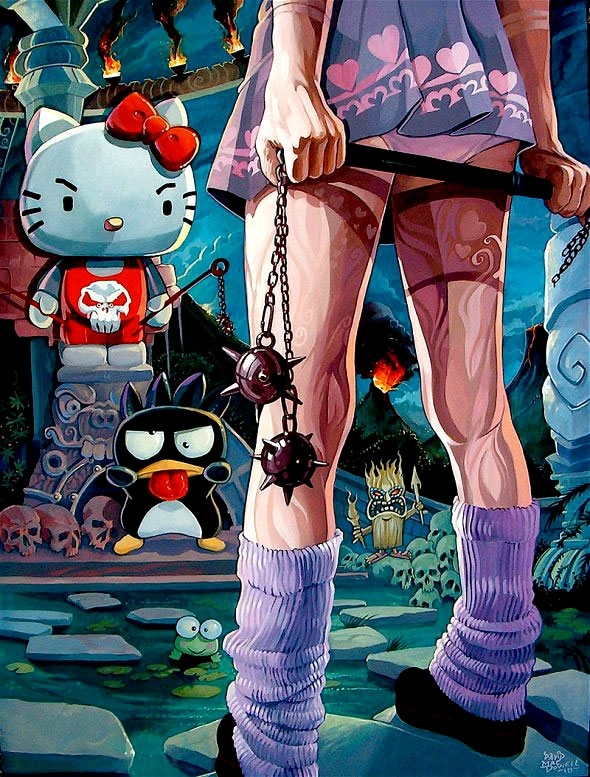 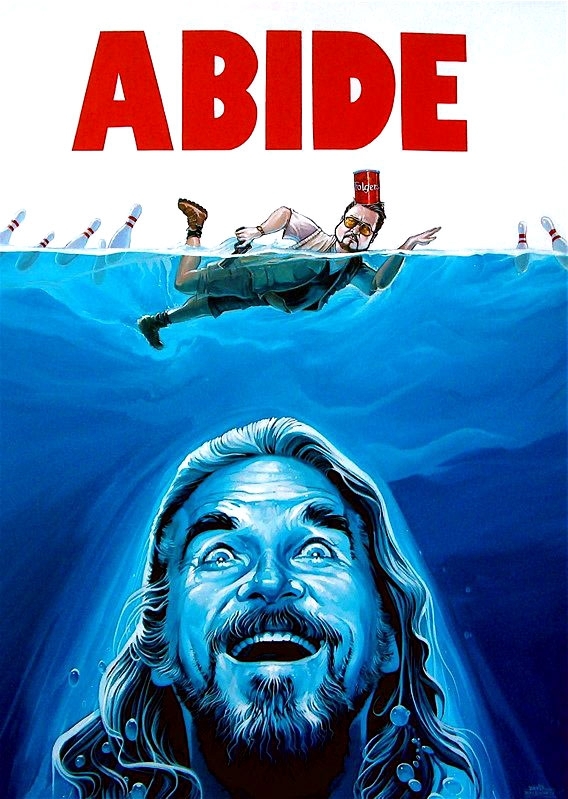