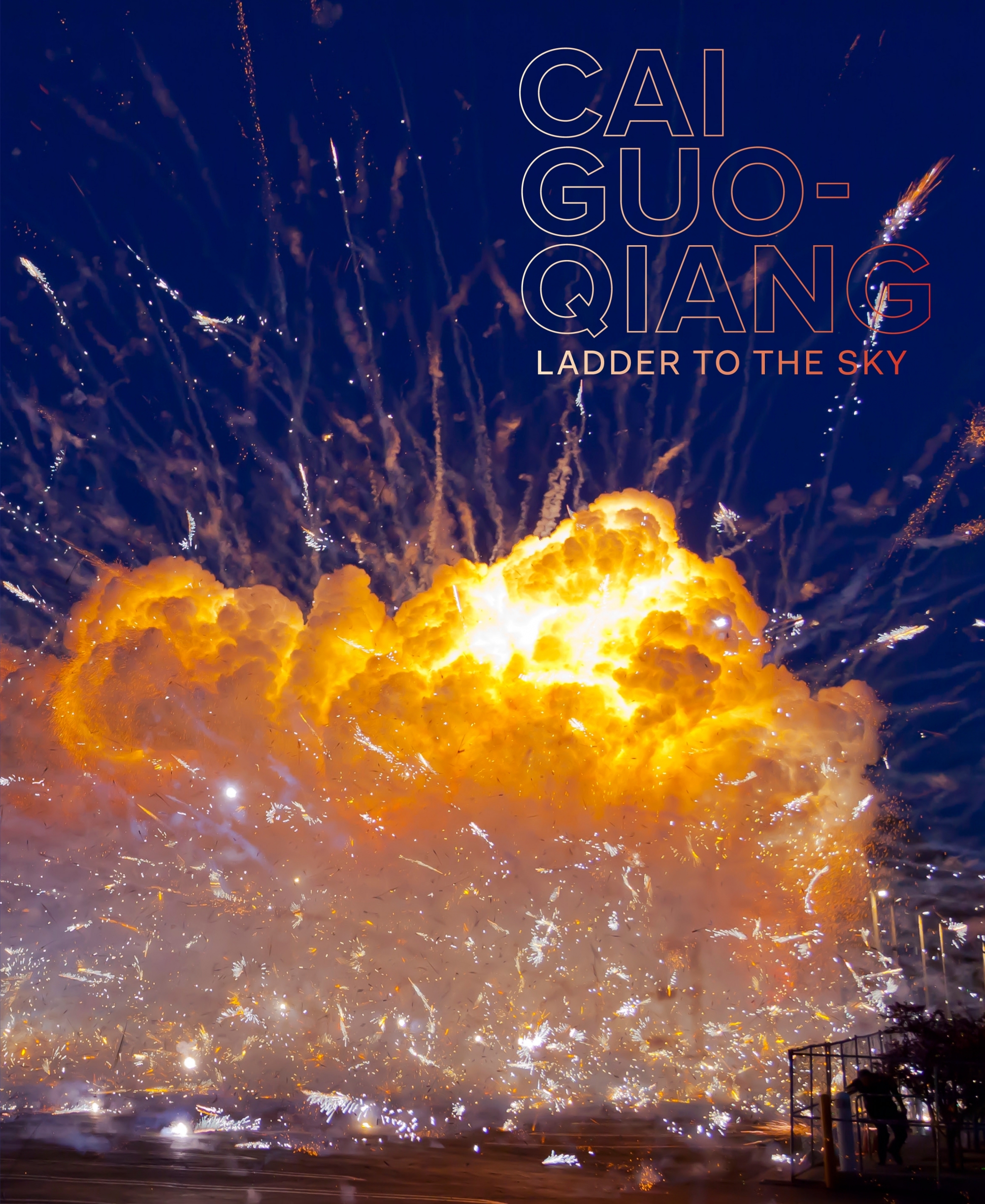 Cai Guo-Qiang is a Chinese-American artist who's known for his explosive fire work events, powder drawings and a variety of sculptural creations. His gunpowder drawings strongly reflect Mao Zedong's tenet "destroy nothing, create nothing." said Cai. He is probably one of the first artist who's work was gazed upon by one billion people simultaneously. He created the extravagant worldwide televised opening fire works for the Beijing Olympics in 2008. 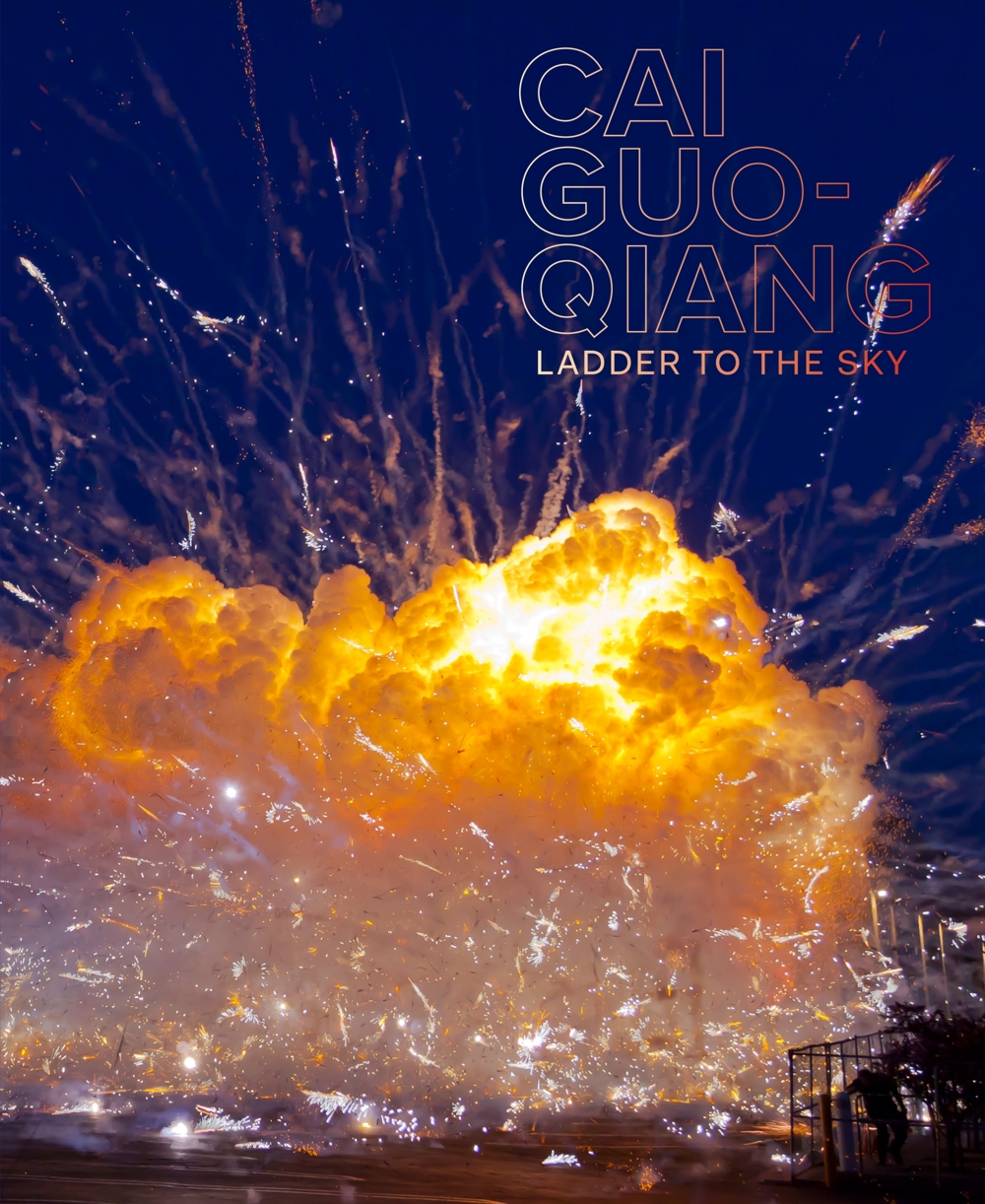 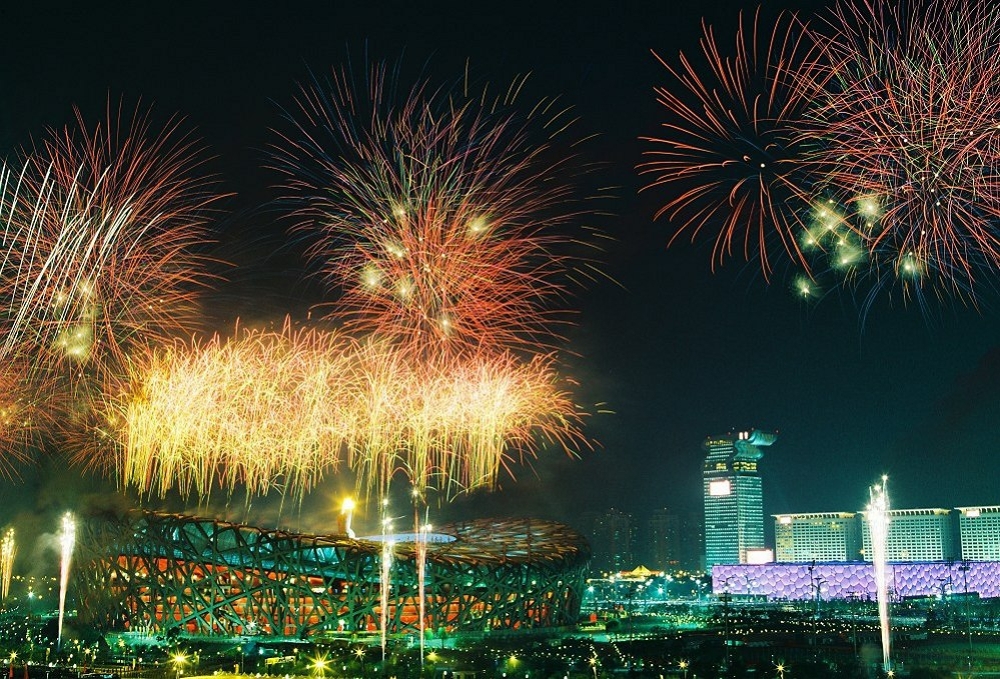 0
Here's The capture and his description of the massive Olympic peace of work, “The explosion event consisted of a series of 29 giant footprint fireworks, one for each Olympiad, over the Beijing skyline, leading to the National Olympic Stadium. The 29 footprints were fired in succession, traveling a total distance of 15 kilometers, or 9.3 miles, within a period of 63 seconds.” 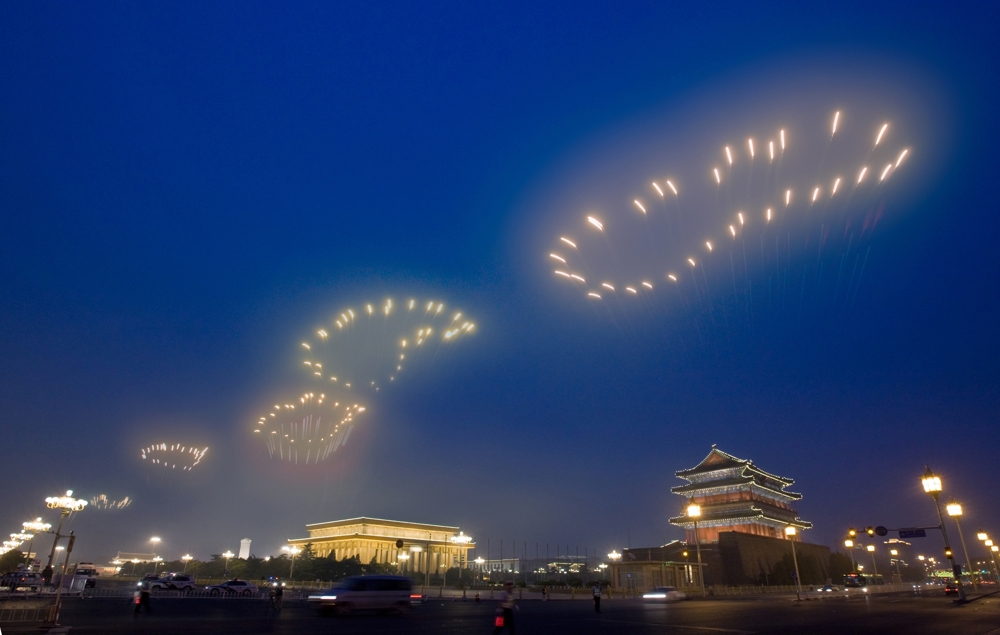 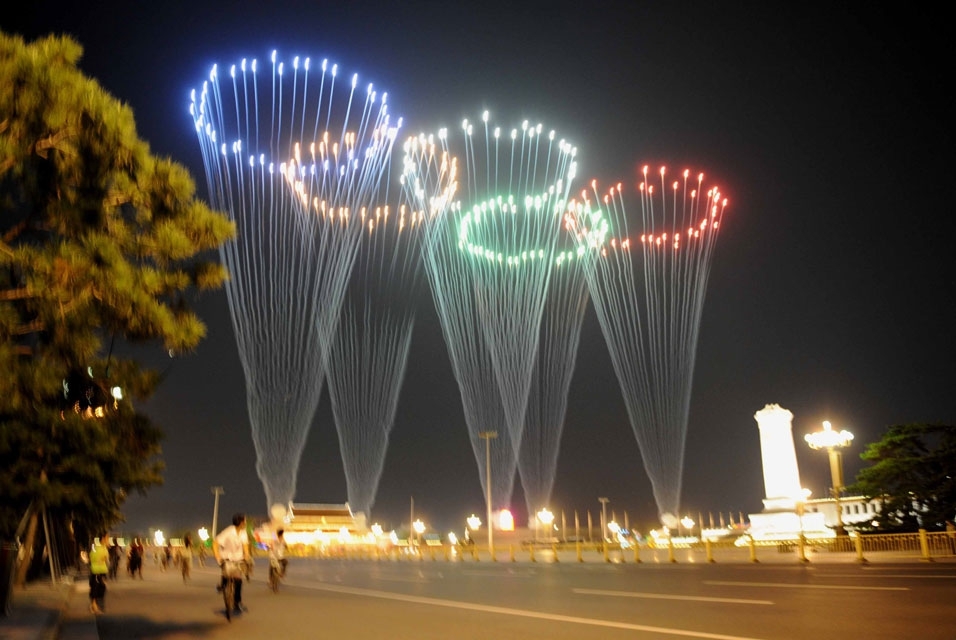 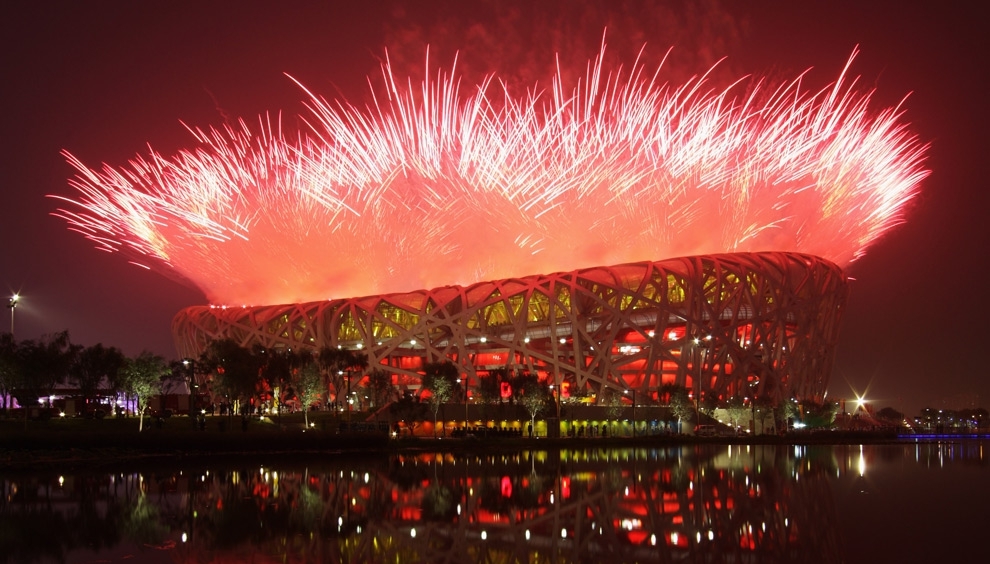 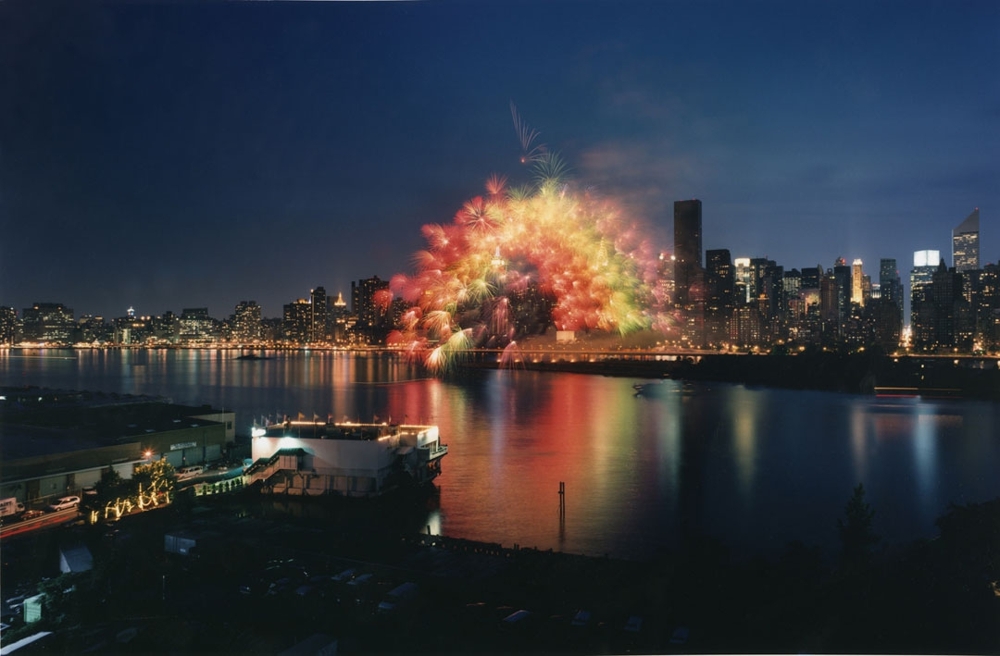 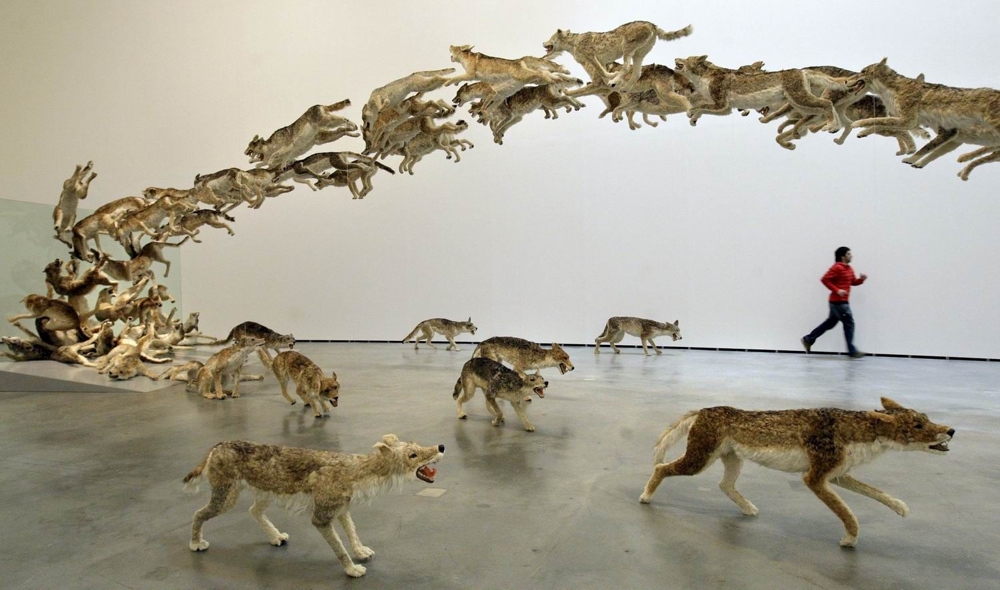 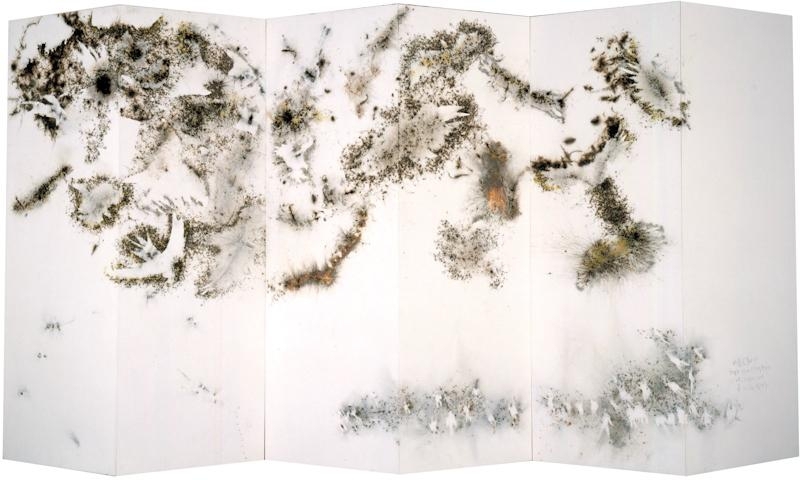 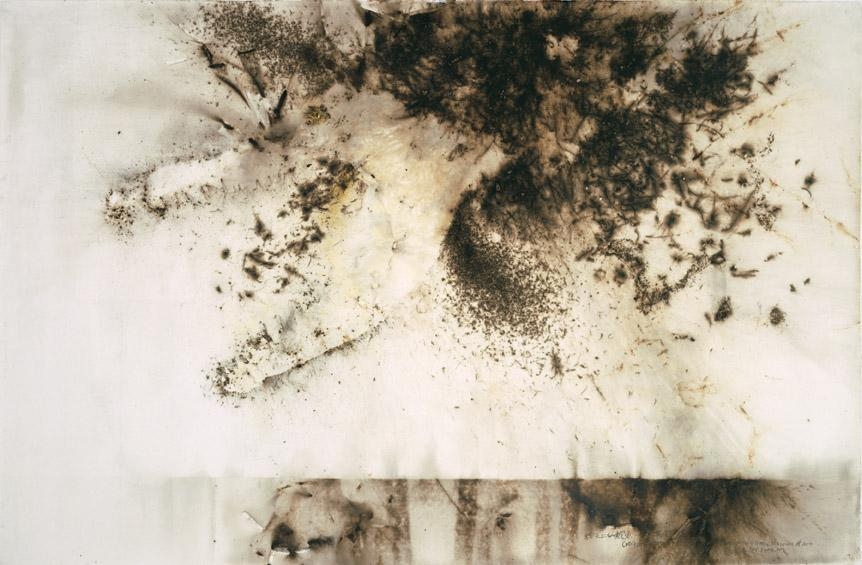 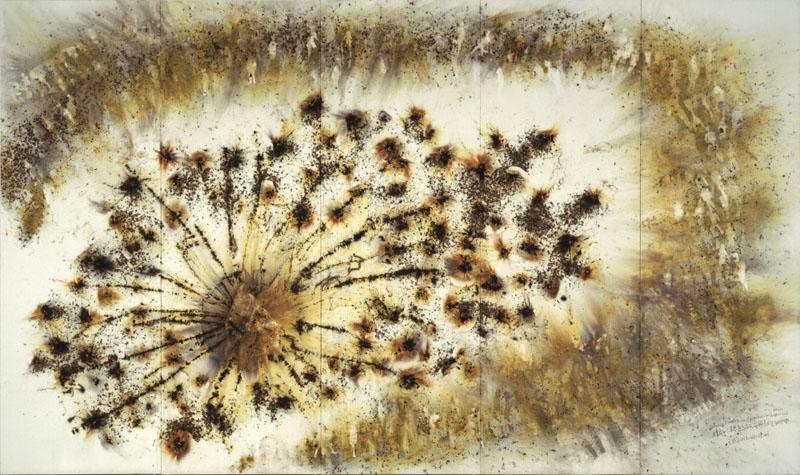 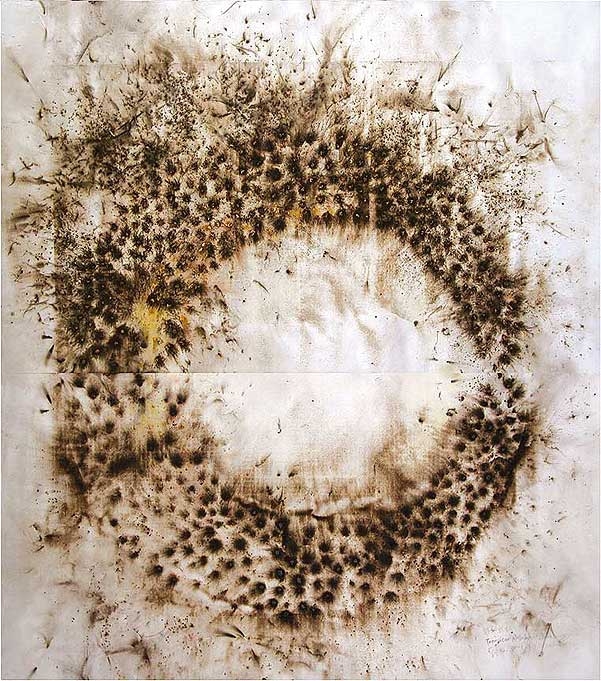 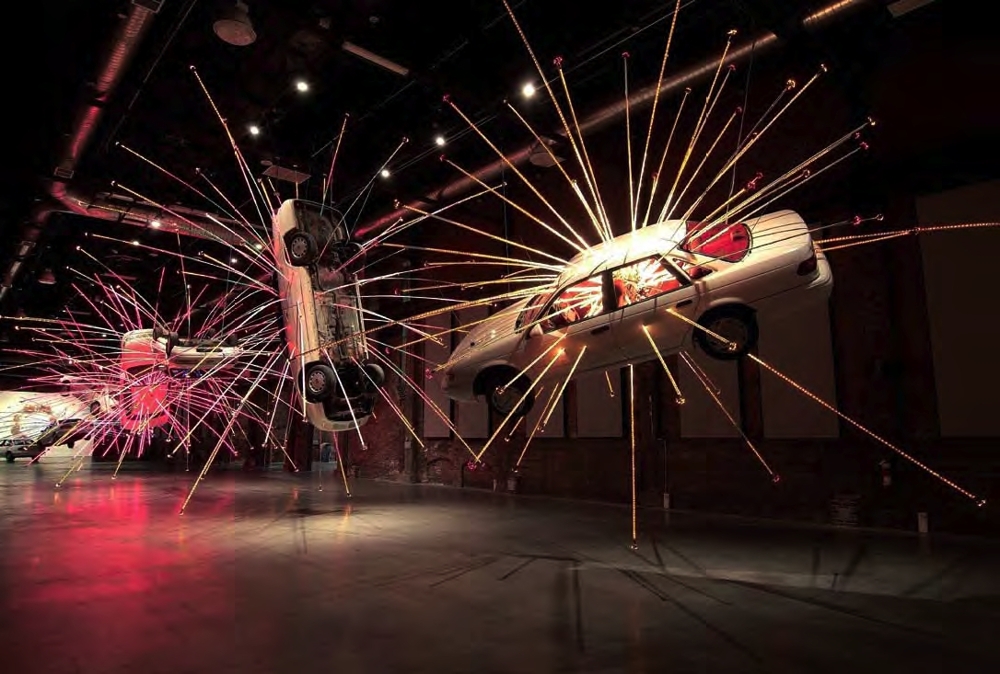 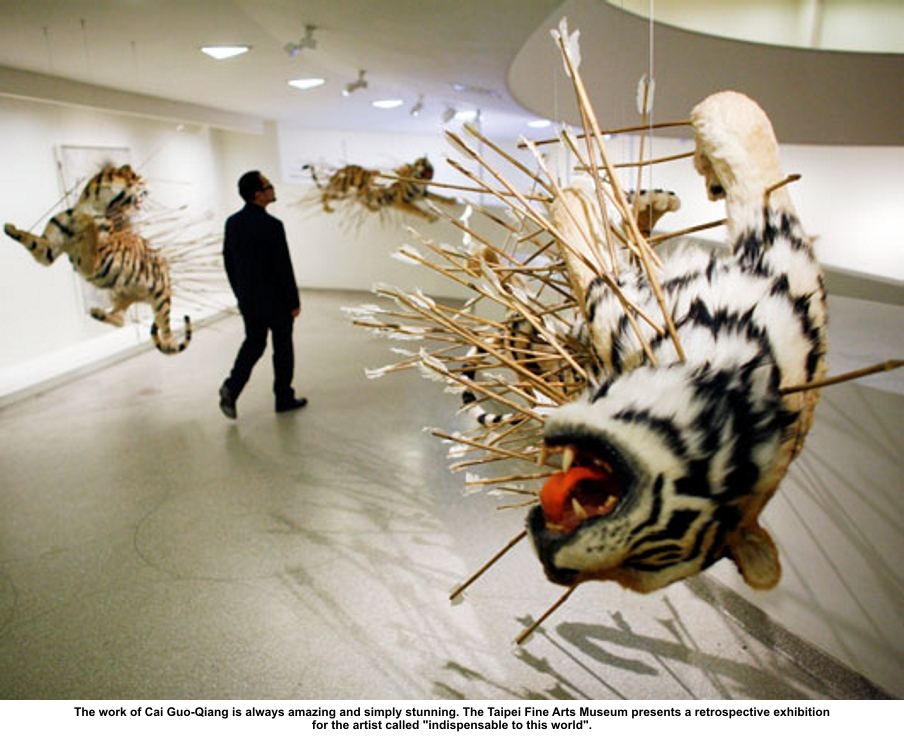 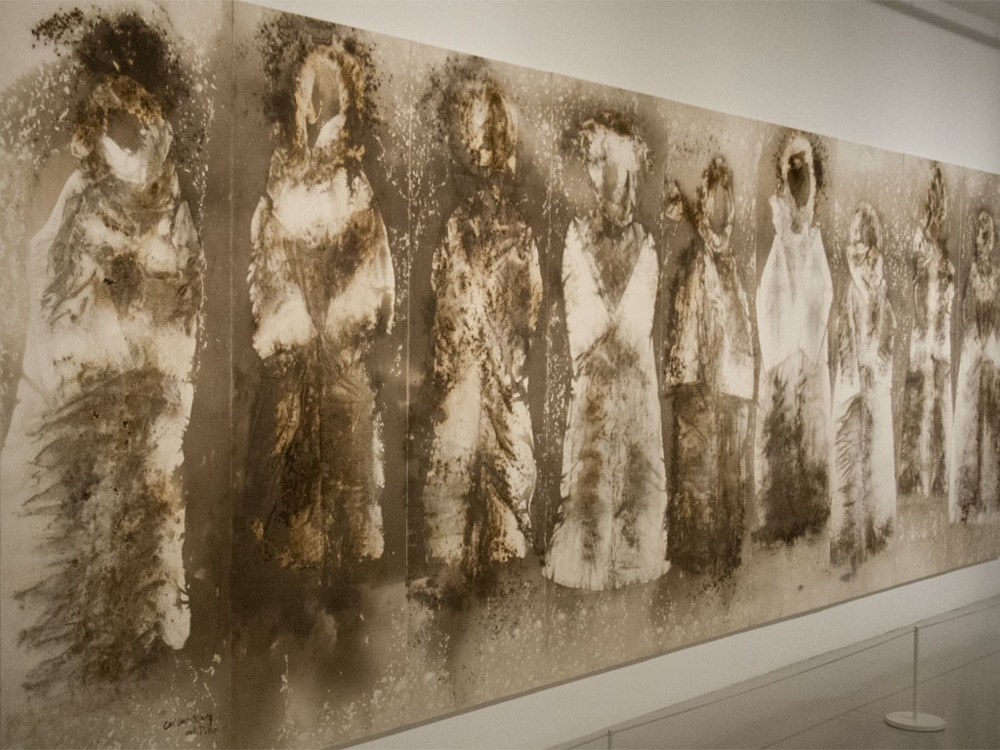 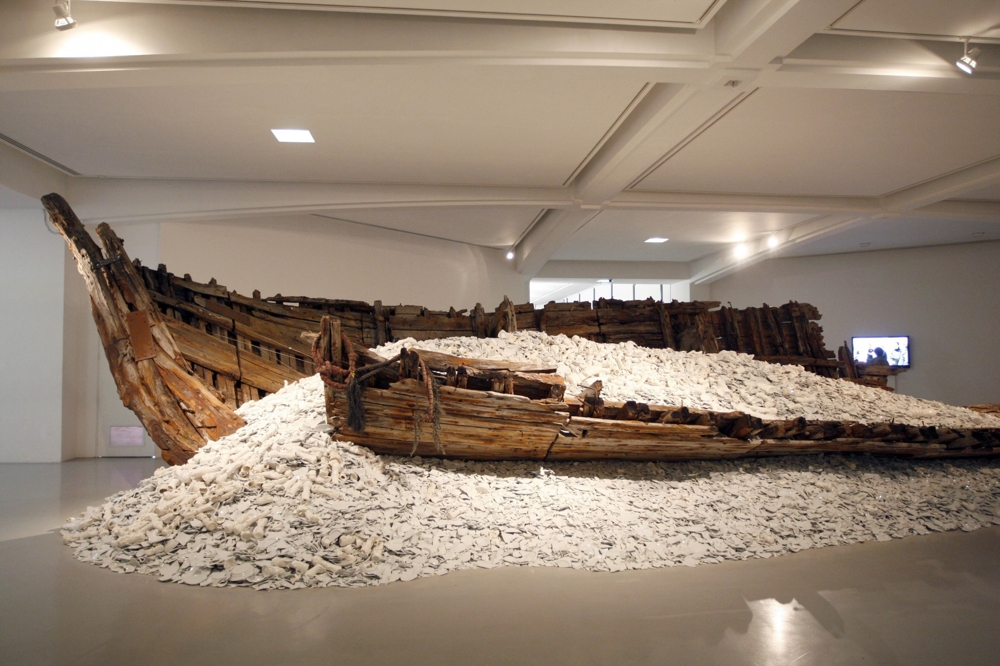 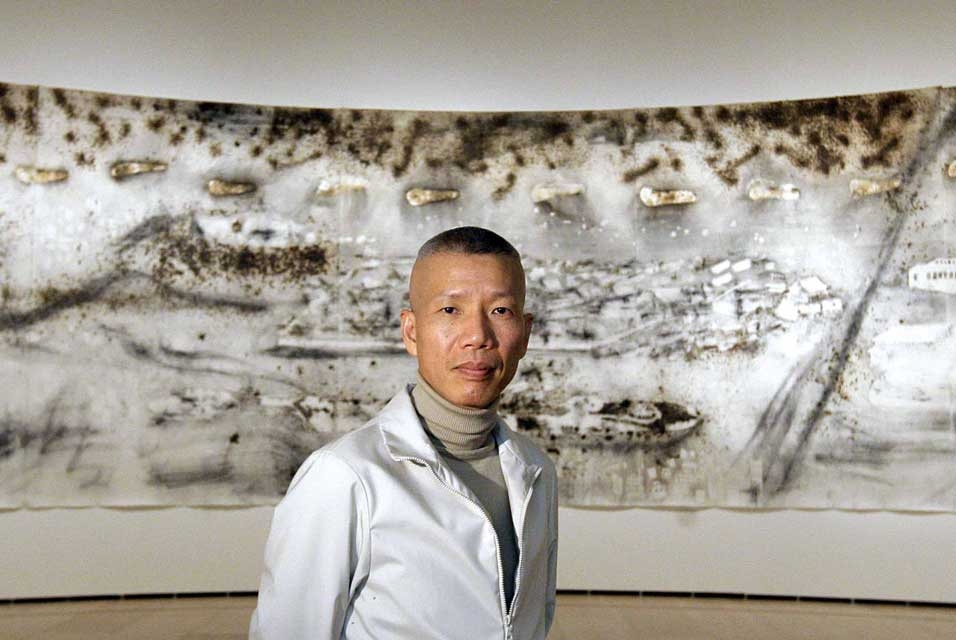