Men’s Life Magazine – whose heyday was in the 1950-1960’s featured glamor photography and outlandish tales of adventure that typically featured wartime feats of daring, exotic travel or conflict with wild animals (Ed – Because you know that’s what men had to contend with back in those days). Here’s 14 of the most ridiculous covers from that era. As you’re about to see, being a man in the 1950′s was tough – forget the war, you also had to contend with sea snakes, oceans brimming with zombies, mad elephants, hungry cannibals, several boatloads of pirates with machine guns, 20ft tigers pouncing on you oh and your Missus being held captive by a giant Lion on a railway line. The 1950′s then, where men battled the ele & nature with swagger and vigor! 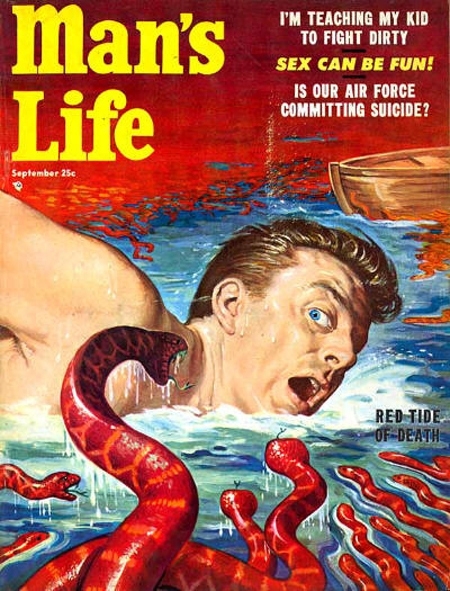 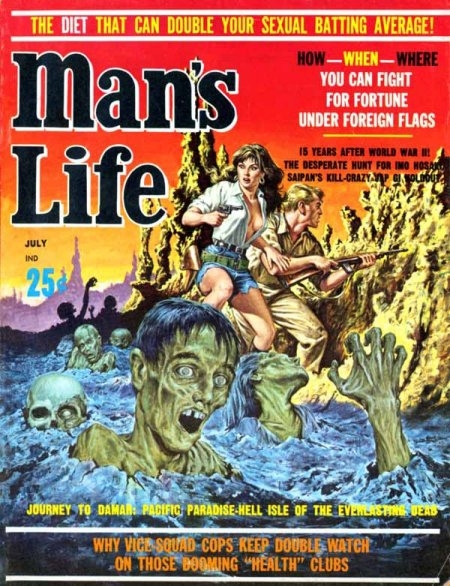 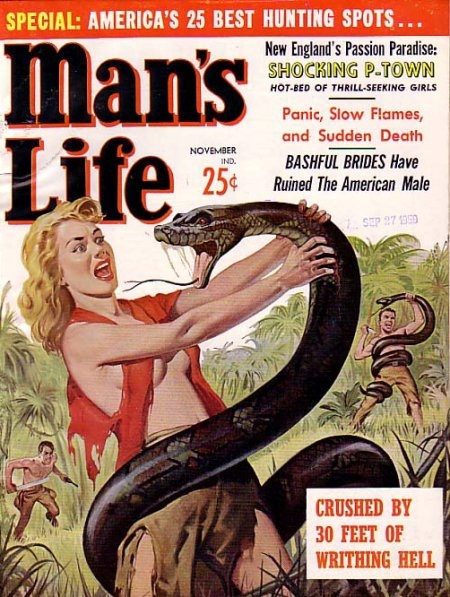 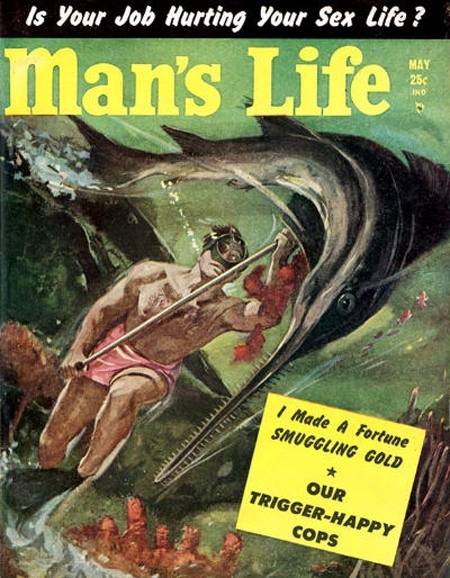 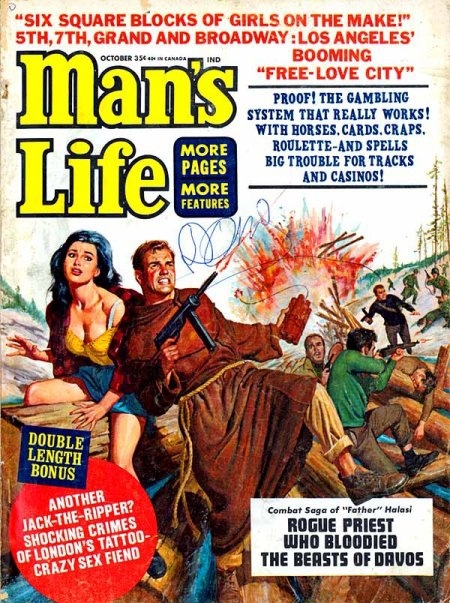 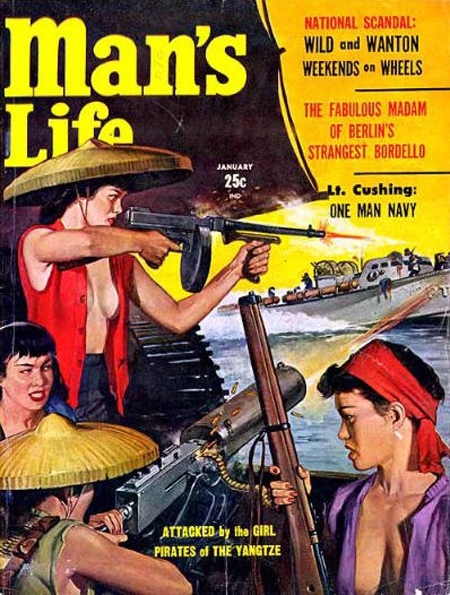 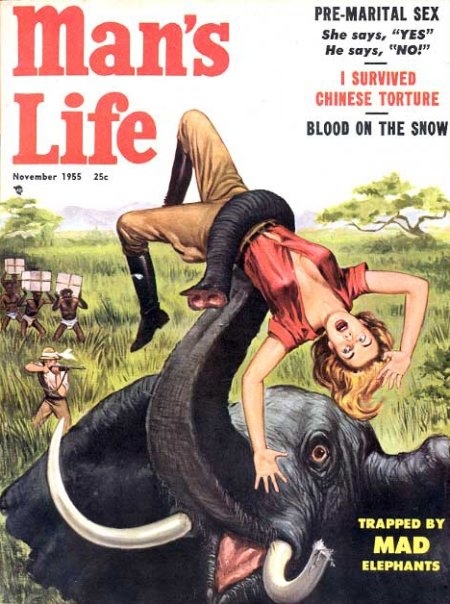 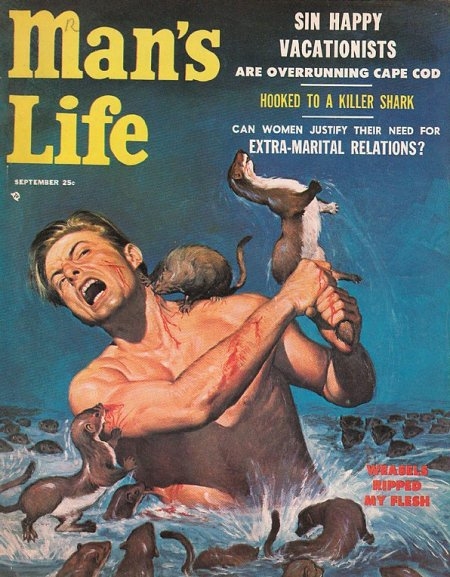 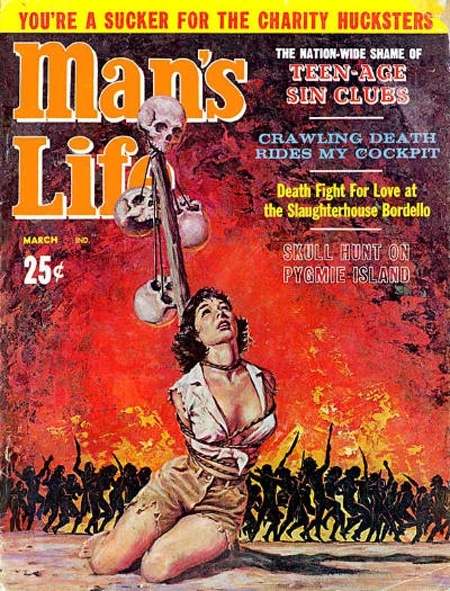 Cornered By A Grizzly 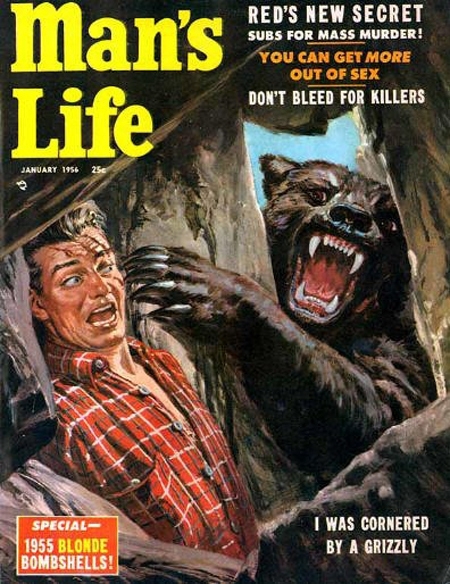 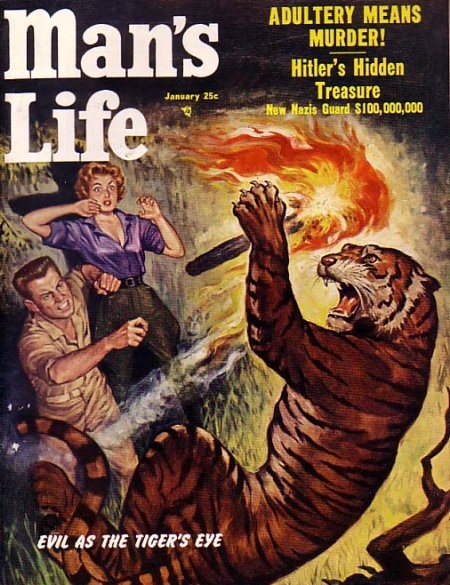 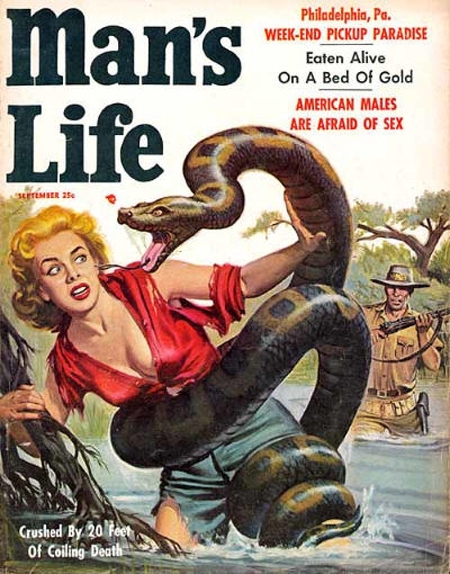 Strangled By A Giant Gorilla 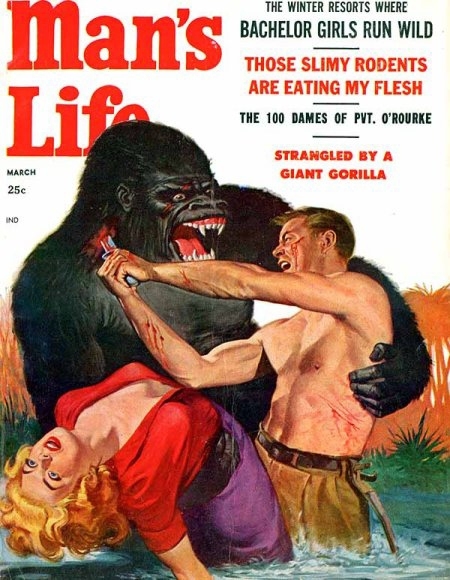