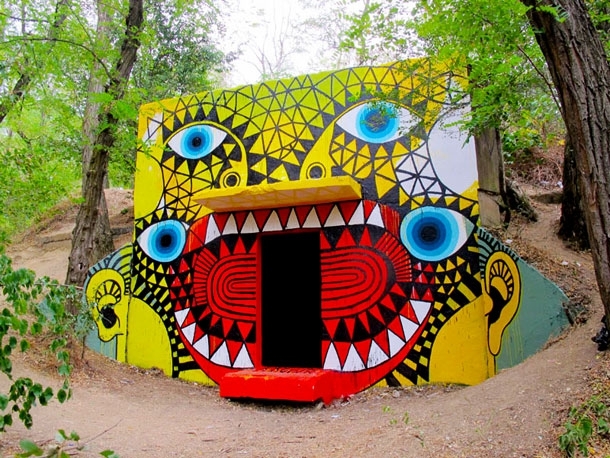 Inventive British street artist and illustrator extraordinaire David Shillinglaw is one of the few graffiti artists, who’s colourful work can be seen in some of the most remote and unusual locations in the world. “Life is a struggle. For everyone. From the smallest insect to the greatest beast, we are determined by the success we seek, and how, in turn we measure that success. Each of us experiencing ups and downs. Peaks and troughs. Like a game of snakes and ladders.” - David Shillinglaw You’ll see his imagination not only colouring the streets of London and Paris, but also places like Kosovo, Gambia and even Cape Town. His eceletic mix of fonts, words, faces and limbs form his unique and signature style – it’s striking, energetic, seriously cool and a hell of a lot of fun. Life is decorated thanks to artists. Love The One Your with Nice To Be Nice Have you seen this one around lately? I would hang out here all the time with my friends.