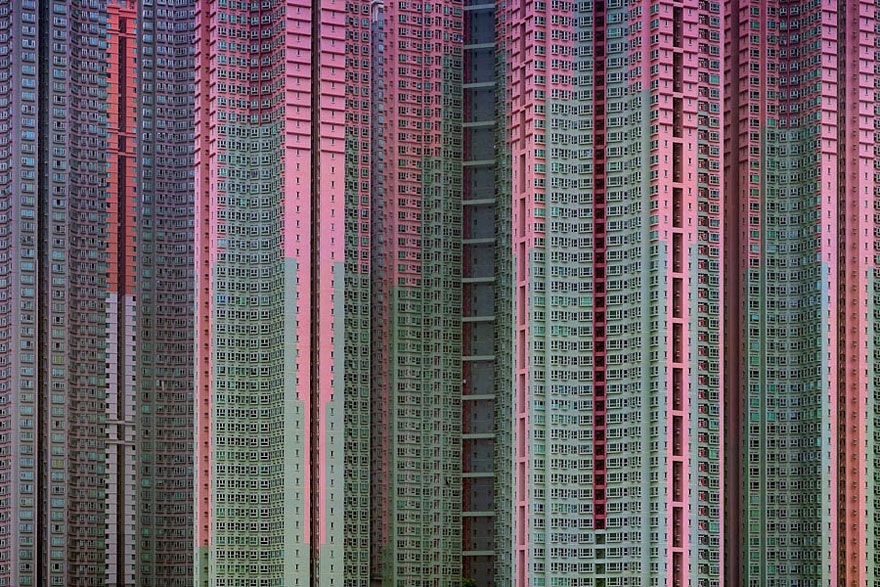 In his ‘Architecture of Density’ photo series, German photographer Michael Wolf explores the jaw-dropping urban landscapes of Hong Kong. He rids his pictures of any context, such above or the earth below, and rarely includes people, either. The images are large scale flat captions of buildings which appear to be infinite and haunting in Michael’s photos. 0
Смотреть все фото в галерее
First prize winner in the World Press Photo competition in 2005 and 2010, Michael moved from Germany to Hong Kong back in 1994 and spent 8 years working for Stern Magazine as a contracted photographer. As he started working on his own projects since 2001, many of them proved to be successful enough to be released as books. His Architecture of Density, also available for purchase, is one out of 13 to date. 0
Michael’s main focus has always been life in mega cities, capturing the urban beauty of the “architecture and the vernacular culture of metropolises,” as explained in his statement. The distinctive feature of Michael’s work is said to be his ability to “find the symbolic value in those seemingly insignificant details that so often go unnoticed”.