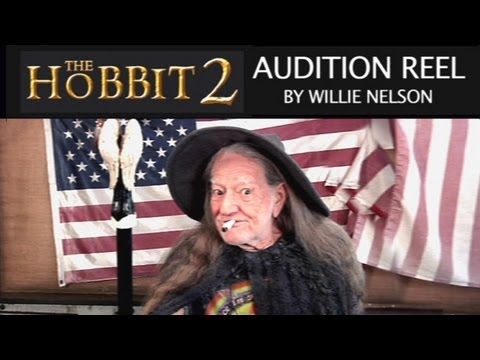 30 apr 2013 23:36
1316
1
Step aside, Sir Ian McKellen. Your role as Gandalf is about to be taken by an unexpected enemy…famed country singer/songwriter, Willie Nelson!
In a recent Web exclusive produced by the folks at TeamCoco, Willie Nelson shows off his questionable acting skills in an audition reel for Peter Jackson’s upcoming ‘Hobbit‘ sequel. During said video, Nelson recreates some of the memorable lines of the past films. He even goes so far as to add some dialogue of his own and rewrite one of his legendary songs.
Granted, Willie might not be the perfect choice for Gandalf (or Magneto) but as he said, “Hell, I’m Willie Nelson!”