10 may 2013 14:40
922
1
1
It’s almost cliche at this point for a person running a blog or a website to post anything related to David Foster Wallace — almost akin to a college English major going around quoting The Cather in the Rye at every turn — but this is too good not to post.
If you’re unfamiliar with Wallace’s “This Is Water” speech, it’s one he gave in 2005 at the commencement ceremony at Kenyon College in Ohio. It’s a call on graduates to live a compassionate life and it touched on such things as “the difficulty of empathy,” “the importance of being well adjusted,” and “the essential lonesomeness of adult life.” A brother and sister film-making team who work under the moniker “The Glossary” made the video embedded above because, in their words, Wallace’s speech was “some of the best life advice we’ve ever come across, and perhaps the most simple and elegant explanation of the real value of education.”
Enjoy. 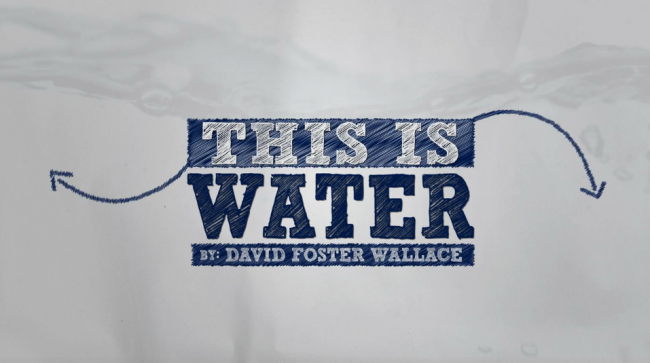