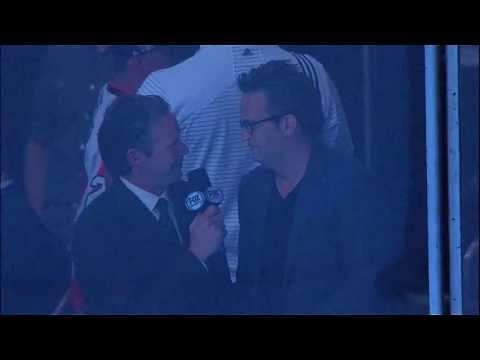 Reporter Congratulates Matthew Perry on His Show Getting Canceled

It’s a sad day when your TV show gets cancelled, unless you’re ‘Friends’ star Matthew Perry. His recent — and well-received — series ‘Go On’ is sadly getting the boot. Surely congratulations are not in order…or so we thought. At a recent Los Angeles Kings game, the once-upon-a-time Chandler Bing was in attendance. During the game, he was interviewed by sideline reporter Dan Moriarty. All seemed to be going swell, with Moriarty asking Kings questions, but once he congratulated Perry on his show being axed by NBC, it got a little weird. Luckily, Perry’s quick on his feet and proceeded to make the situation as funny as ever afterwards. As the youth of America would say, this was an absolute EPIC FAIL.