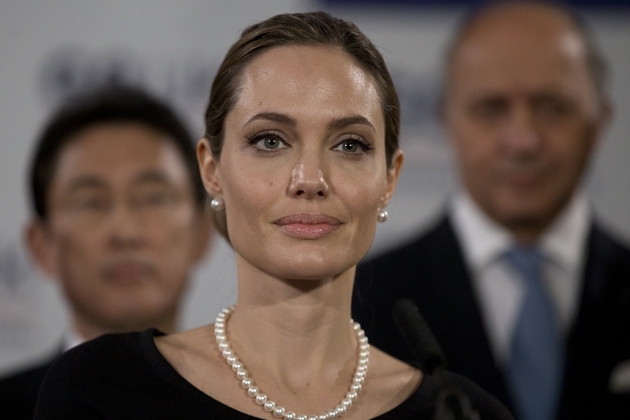 Angelina Jolie: actress, director, philanthropist. And now, breast cancer activist. Jolie revealed in a self-penned New York Times piece that she recently underwent a double mastectomy, shocking and awing the world — and drawing possibly more attention than ever to the illness and to women’s health as a whole. The Oscar winner revealed that the death of her mother, Marcheline Bertrand, at 56 drove her to preventative surgery to prevent not only cancer, but also to prevent her own six children from having to deal with such a tough loss so young. “I carry a ‘faulty’ gene, BRCA1, which sharply increases my risk of developing breast cancer and ovarian cancer,” Jolie wrote. “My doctors estimated that I had an 87 percent risk of breast cancer and a 50 percent risk of ovarian cancer, although the risk is different in the case of each woman. Only a fraction of breast cancers result from an inherited gene mutation. Those with a defect in BRCA1 have a 65 percent risk of getting it, on average.” Jolie’s cancer risk after her surgeries, which she details in the piece, is now down to less than 5 percent. The proud mom and partner of Brad Pitt, whom she thanks within the editorial for staying with her through every moment of her lengthy and complex procedures, will detail her surgeries on the website of the Pink Lotus Breast Center, where she received her treatment. The most stunning part of all of this? Jolie kept working throughout her recovery, which is why no one knew about her surgeries until now. Damn, lady. Major respect.