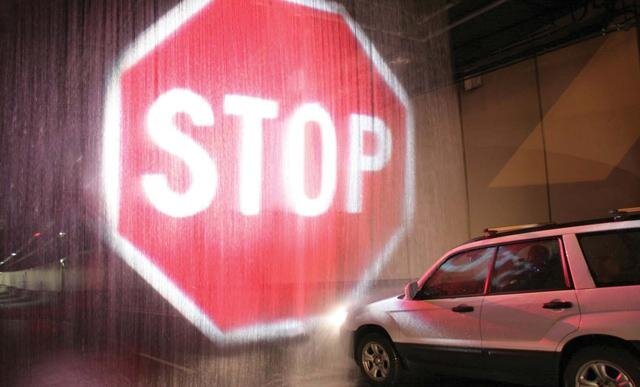 The Softstop Barrier System projects an enormous image of a stop sign across a roadway in an emergency. The system deploys in less than three seconds, releasing a curtain of water on which the stop sign is projected. It is currently used at Sydney Harbour Tunnel to prevent oversize trucks from entering and damaging the tunnel. 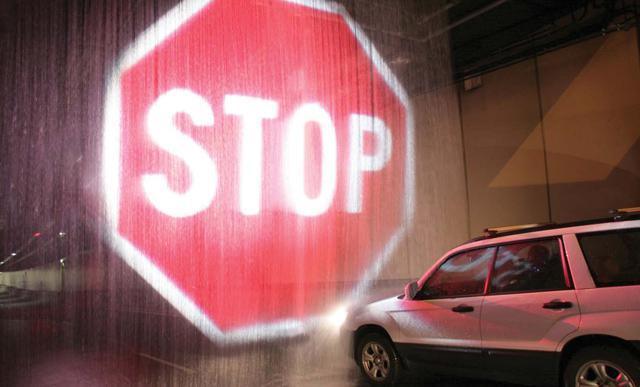 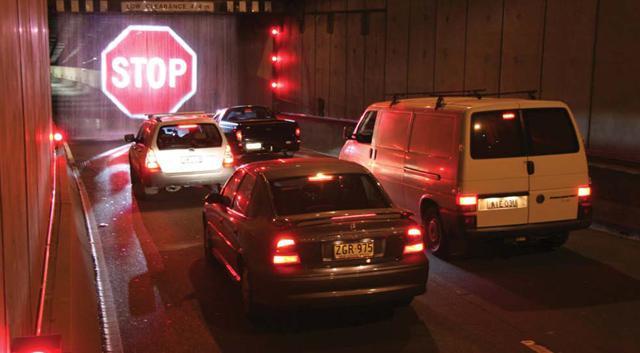