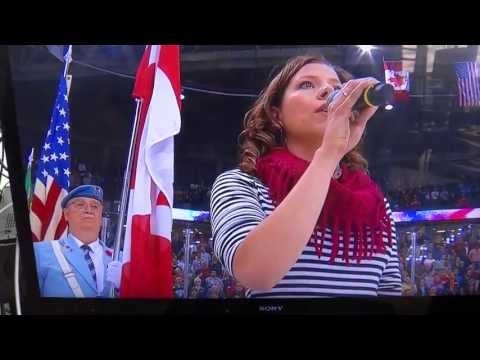 At the 2013 Memorial Cup game between the Portland Winterhawks and the Halifax Mooseheads, French Canadian folk/jazz singer Alexis Normand was charged with singing both the Canadian and the U. S. national anthems. Reasonably, she didn’t already know “The Star-Spangled Banner,” so she memorized it for this event. But apparently she didn’t learn it quite well enough. Everything fell apart as she reached the end of the third line and had to take a break, before coming back in with nonsense lyrics to get her through to the last line, which she remembered just fine. Poor lady… 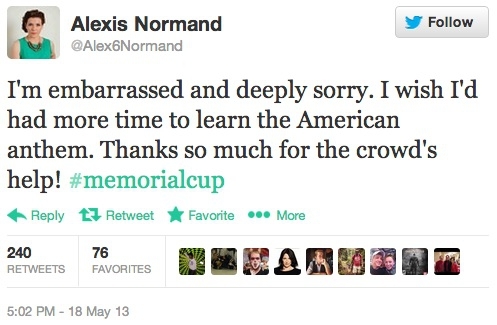