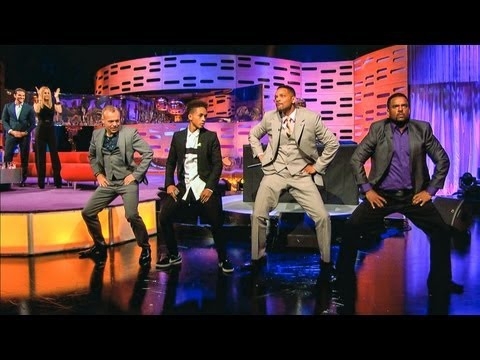 Will Smith appeared with his son Jaden Smith on the Graham Norton Show. Will Smith had a few surprises for the audience. First he beat boxed while his son did his rap. Then Some old friends of Will's appeared for a Fresh Prince of Bel Air Reunion rap and dance, Dj Jazzy Jeff and Alfonoso Ribeiro.