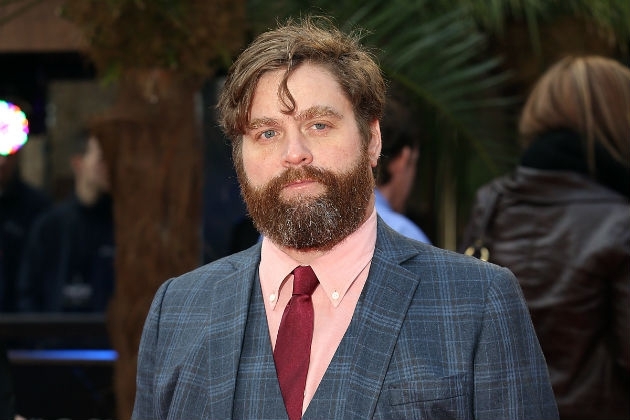 We’d Have a ‘Hangover’ with Zach Galifianakis (6 photo)

28 may 2013 13:23
3693
6
‘The Hangover Part 3‘ hits theaters this weekend, and when you’re not salivating over Bradley Cooper, you’ll likely find yourself smitten with comedian Zach Galifianakis and his adorable beard-face.

There’s something really cute about the guy. He’s a bit chubby, he’s got that mountain man beard thing going on, and he always plays characters that are sort of obnoxious or gross or childish — basically, he makes us laugh our butts off. A guy with a sense of humor and an amazing beard? Sign us up.
But here’s why else you should love Galifianakis: Back in 1994, when he was trying to make a name for himself, he met an elderly woman who helped out at a local laundromat in LA. Her name was Mimi, and she got by on the tips she earned for helping patrons.
The two became friends, but then Galifianakis got a bit famous and they lost touch — until a couple of years ago, when he found out that Mimi had become homeless. So he found her a one bedroom apartment, pays her rent, and introduced her to Renee Zellweger, who also helps out with Mimi’s expenses.
Even cuter? Galifianakis has taken Mimi to premieres for ‘The Hangover’ movies and for his comedy ‘The Campaign.’