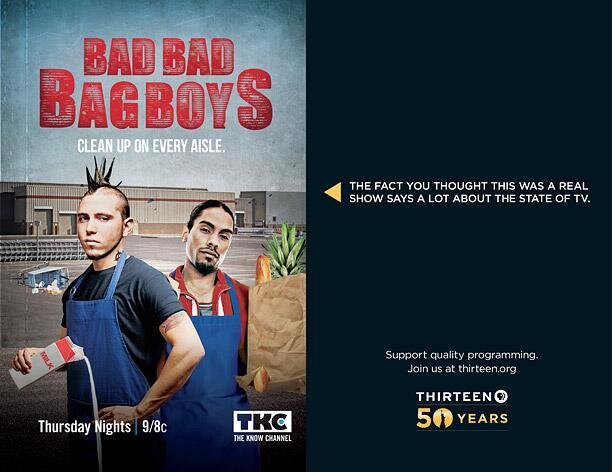 In collaboration with CHI&Partners NY, New York PBS station Thirteen has launched a shrewd ad campaign that criticizes the current state of television. The campaign’s five posters advertise fake reality TV shows, with crazy names like Married to a Mime (“She’s got plenty to say.”) and Bad Bad Bag Boys (“Clean up on every aisle.“), and will appear in New York City subways until the end of June 2013. 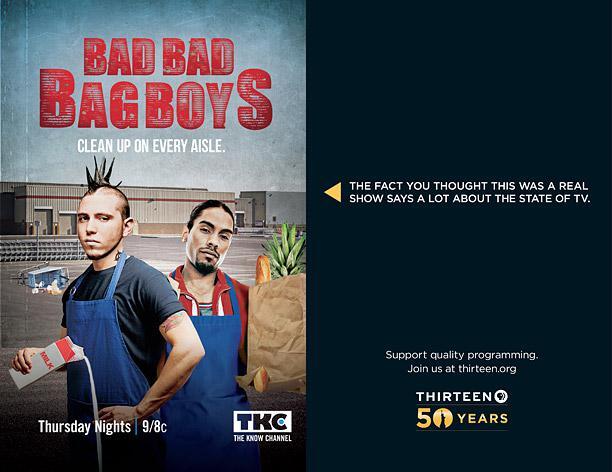 0
Смотреть все фото в галерее
“The fact that you thought this was a real show says a lot about the state of TV.” 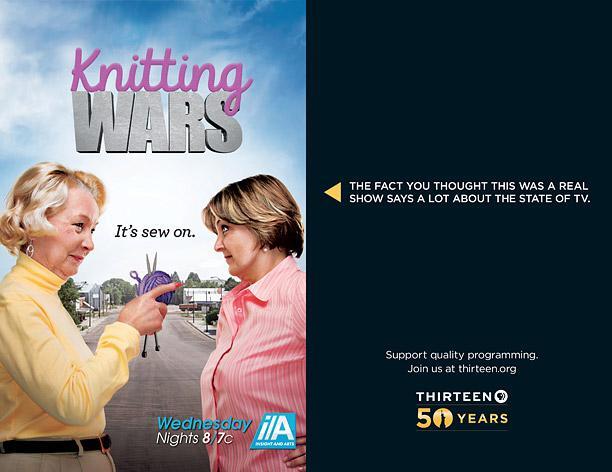 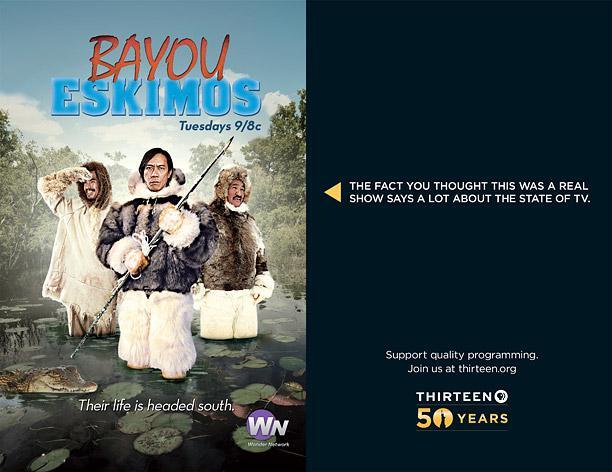 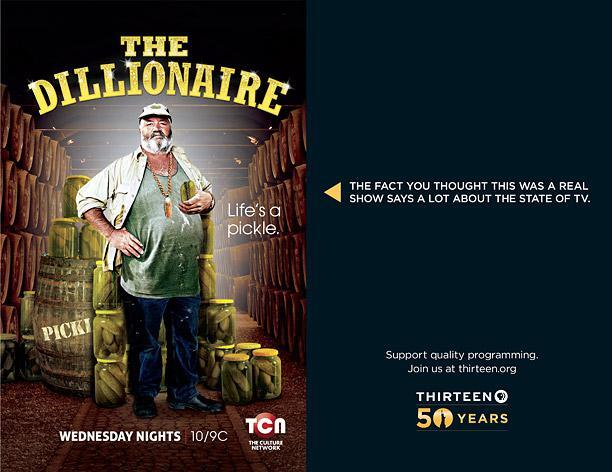 Married to a Mime 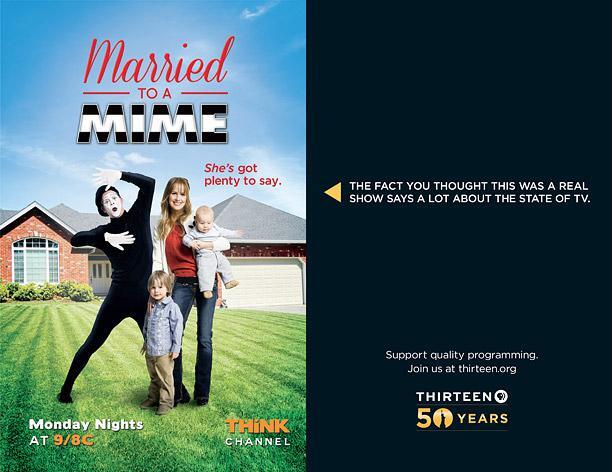