13 jun 2013 19:01
1097
8
With a stroke of brilliance that deserves to be chronicled in some sort of pop culture digest, one Game of Thrones fan decided to quiz his father — who regularly watches the show with him — thirty minutes after the season three finale ended with pictures of all the different characters to see how many his dad could name. He then of course made images and shared the fun with his buddies on r/GameOfThrones.
The results are — of course — glorious, and vary from nailing Jon Snow and Gilly to re-christening Bran Stark as James Stark and somehow offering up incorrect two syllable non-words for Hodor. Seriously, he missed Hodor. Twice!
The whole thing is just the perfect combination of zeitgeist meets massive confusing ensemble meets dad brain meets internet good times. The question marks are a nice touch as well. I thought. 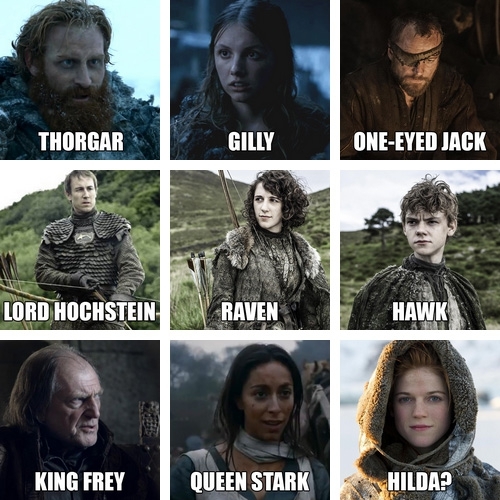 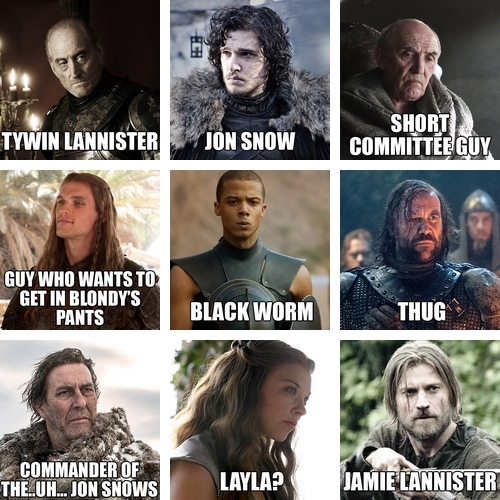 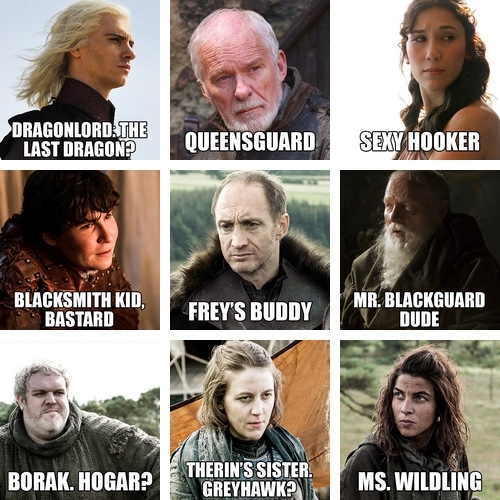 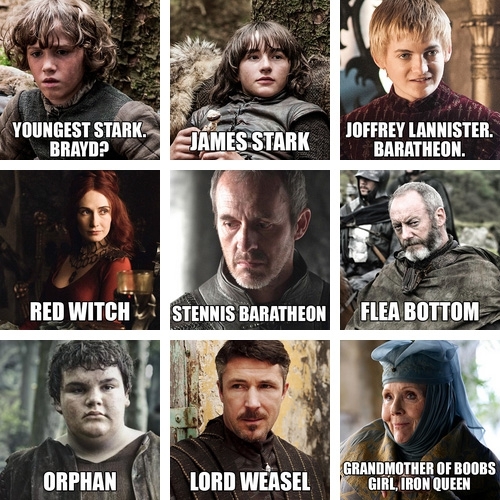 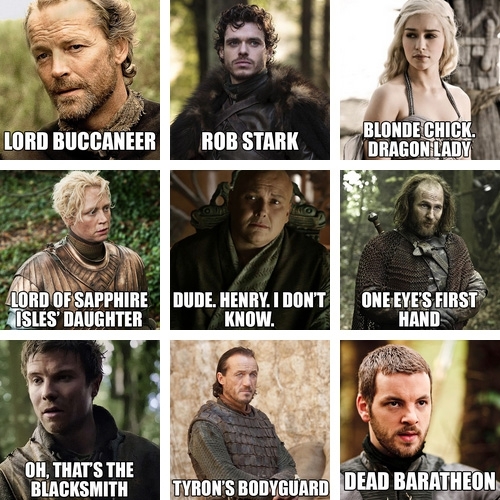 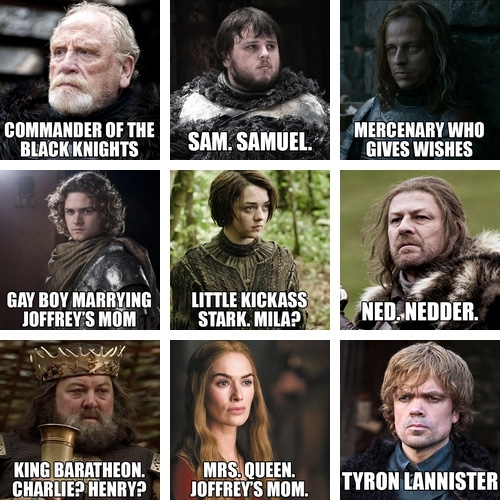 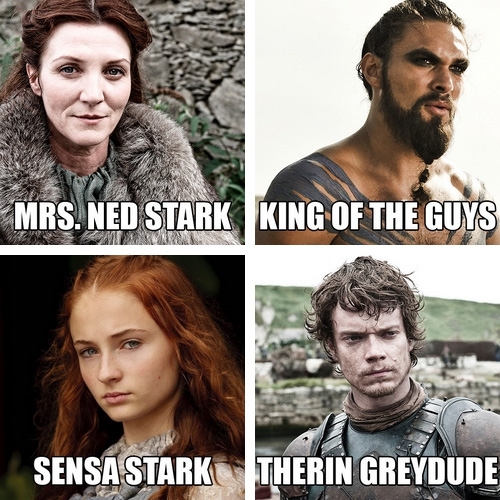