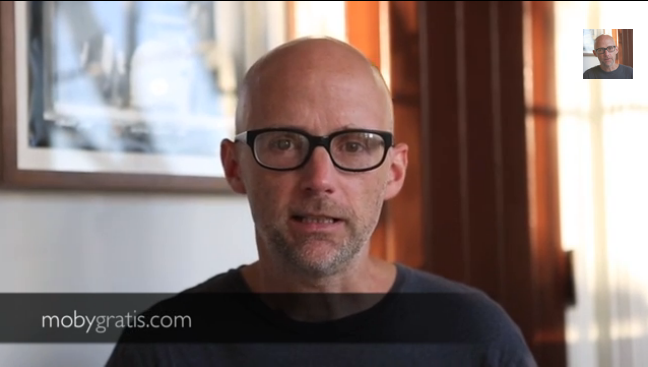 Moby Is Letting Filmmakers Use His Music For Free

Well this is certainly a nice gesture: Moby is offering a substantial portion of his catalog to “independent and non-profit filmmakers, film students and anyone in need of free music for their independent, non-profit film, video or short” via Mobygratis.com. If any of the music is used in a film that turns a profit, then the proceeds Moby would normally receive will go to the Humane Society. As Short Form Blog points out, he’s not the first to make such an offer to aspiring/amateur filmmakers. "Back in the ’70s and ’80s, novelist Stephen King started doing something similar, giving budding filmmakers the rights to his short stories for a dollar. While most of the people who created films based on King’s short stories didn’t become famous, one did: Frank Darabont, the guy who directed the “The Shawshank Redemption” and “The Green Mile”—both films based on King stories. Oh, and Darabont created a little series you might have heard of called “The Walking Dead.”" Well there you go. Moby is a nice guy who also enjoys condomless sex with pretty young brunettes. Good on him.