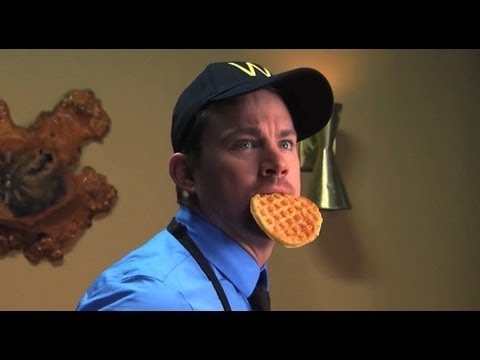 28 jun 2013 13:16
1168
1
Channing Tatum has made several videos with Jimmy Kimmel for his show, ‘Jimmy Kimmel Live,’ to promote ‘White House Down,’ Tatum’s film with Jaime Foxx that is being released this weekend in theaters.
The last one was a comedic rap song called “Channing All Over Your Tatum.” This is a sequel spoof for ‘White House Down’ called ‘Waffle House Down.’ The joke is that “waffle” and “white” both begin with the same letter. Whatever, if Channing Tatum takes off his shirt, we will probably watch it, at least on Netflix.