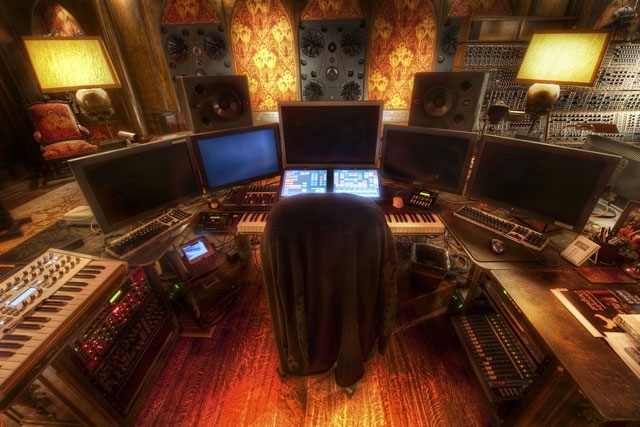 He might not adorn glossy magazine covers or be sponsored by a perfume brand, but German film composer and music producer Hans Zimmer in many ways defines Hollywood. He’s composed the musical score for well over 100 films, many of which have been fantastically popular and incredibly successful. He’s the musical mastermind behind the soundtracks for the likes of The Dark Knight, Inception, Crimson Tide, Gladiator, The Last Samurai and even The Lion King – a universal classic. Millions of movie fans around the world have been swayed by his sweeping melodies, dramatic pauses, brooding beats, upbeat rhythms and rich arrangements. That makes him probably one of the most listened to musicians in modern music and yet he remains some of an enigma to the public. As of recently, Hanz Zimmer let in professional photographers from the press enter his home in order to give us all a view from the inside. What inspires, intrigues, and keeps him on his toes? Being surrounded by special neat artifacts that spark his creative joy. Let's take a look at those now.