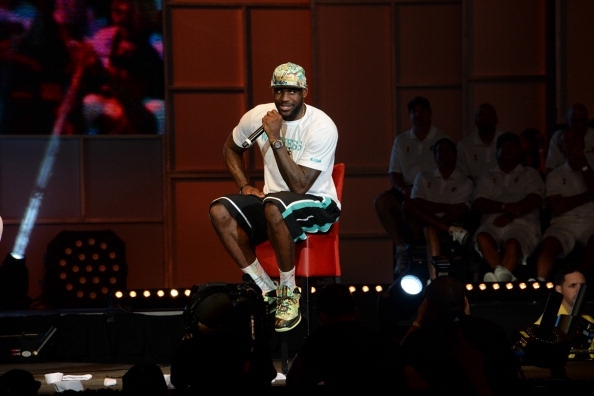 11 jul 2013 16:40
1088
1
2
Further establishing himself among the ranks of other NBA players, both great and meaningless, who have turned to rapping as a second or third career, LeBron James posted two short clips of his new rap effort to Instagram video yesterday. And, like any amateur rapper before him, he just borrowed someone else’s beats and laid his own lyrics over it, before Tweeting it out to all of his fans and yes men.
I get it, though. He’s the best basketball player in the world, one of the best to ever play the game, and he’s in position to win a third-straight NBA title and yet another MVP award next season, so he can do whatever the hell he wants. But if I could play superstar whisperer for a moment, I’d like to recommend that he try doing whatever he wants that so many people before him haven’t already done and sucked at so spectacularly. Looking at you, Kobe Bryant.
This is just another disappointing cliché from the guy who should be anything but. Next up: Space Jam 2: Better Than Michael Jordan In Space Jam. 0
To Bron-Bron’s credit, this is much better than the time that he stood on stage with Drake and just repeated his lines in between mumbling.