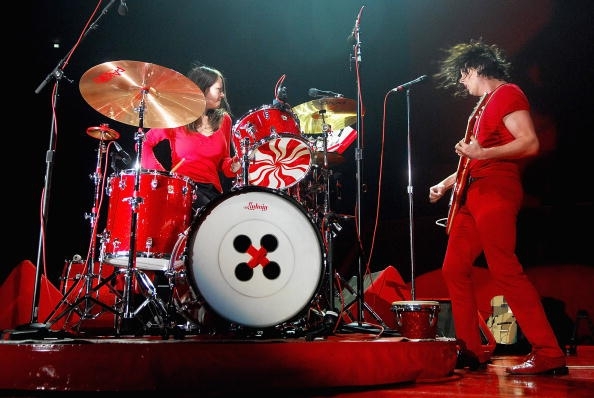 The 8 Most Recognizable Guitar Riffs Of The 2000s

16 jul 2013 16:55
1604
1
8
There's a difference between "good" and "recognizable." Not that the two can't be mutually exclusive, but, well, let's put it this way: you'd probably notice Kim Kardashian in a crowd before you would Vince Gilligan, not because you think she's somehow "better" than him, but because she's Kim Kardashian, magazine star/The Soup punching bag, and he's Vince Gilligan, the humble, pasty showrunner. Kim is the "recognizable" -- Vince is the "good."
Today, in taking a look at some of the most immediately discernible guitar riffs of the 2000s, I want to stress that just because Metallica or Mastodon aren't on this list doesn't mean they can't still write the crunchiest of motherf*cking riffs (they can); it's because nothing, for instance, Metallica has released this century is as rapidly perceptible to the general listening public as what Muse put to the tape back in 2001. Though the Muse riff is great. 0
Seven Nation Army:
The gold standard to which all other 2000s riffs are judged by. "Seven Nation Army" is deceptive, in that it sounds like Jack White's playing the bass (in fact, it's an acoustic guitar run through a Whammy pedal), and menacing, like an oversized, lumbering preparing to smash sh*t up. It's as iconic as Blur's "Song #2," in that it'll be played at every sports game until the end of time, and best of all, according to White, "I thought if I ever got asked to write the next James Bond theme, that would be the riff for it."

But, no, James Bond producers, good job choosing "Die Another Day" instead.

"No One Knows" by Queens of the Stone Age

"No One Knows" catapulted Queens of the Stone Age from hard rock heroes into MTV mainstream stars, but the funny thing is, the song's instantly recognizable riff, which sounds like three pulls on a lawnmower before the machine explodes to life, originated in another song. Take a listen to "Cold Sore Superstars," from Can You See Under My Thumb? There You Are, part eight of Josh Homme's side-project the Dessert Sessions, and you'll hear a familiar sound, albeit one that's much softer and much less memorable.

"Plug In Baby" by Muse

According to readers of Total Guitar magazine, Matt Bellamy's fuzzy riff that plays off Bach's "Toccata and Fugue in D minor, BWV 565" (music history, BITCH) and propels "Plug In Baby" is the greatest overall guitar riff of the 21st century, and who are we to argue with Total Guitar magazine? Even if we're Total Mandolin guys ourselves.

"Party in the USA" by Miley Cyrus

Don't hate, just accept. Miley's "Party in the USA," written by the all-star team of Jessie J, Dr. Luke, and Claude Kelly, is one of the best, most infectiously pure pop songs in recent memory, perfect for both Pitch Perfect bus rides and ironic-turned-genuine bar karaoke. The lyrics are garbage, but the melody is killer, as is the bouncy, funky riff at the beginning of the song. That could be because it's "lifted" from Modest Mouse's "Float On," just injected with a little Disney-brand energy drink, but isn't that the true meaning of America?

"Mr. Brightside" by the Killers

"Mr. Brightside" came along at just the right time. Flashback to late 2004, early 2005, when Hot Fuss made its slow, but steady rise up the Billboard charts -- decadent theatricality was missing from mainstream rock. There were exceptions to the rule, of course, like My Chemical Romance, but the Killers filled a void we didn't know was missing with their brand of synthy, sexual pop-rock. The Huffington Post, via NME, recently looked at the history of "Mr. Brightside," from its Strokes-like demo to the day lead guitarist Dave Keuning gave Flowers a cassette of ideas, "and one of them was the 'Mr. Brightside' riff." No filler, all Killers (sorry).
"Are You Gonna Be My Girl?" by Jet

This entry would also appear in the Greatest Riffs of the 1970s, considering, yeah, it's just "Lush for Life" (by way of Motown), but with enough of a skeezy variation to differentiate the two.

Or as most people know it, "American Idiot" by Green Day. Give credit to the innovators, though. (I'm not saying Green Day stole anything, because punk, like folk, is just as much about creating something new as it is borrowing from contemporaries and the past; plus, "Walking Contradiction" has a similar chord progression as "doublewhiskeycokenoice" as "American Idiot," and now I'm exhausted.)

The best there ever was or will be, which is what I've decided to name the song.