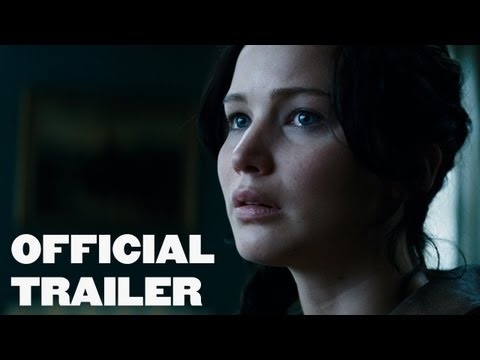 22 jul 2013 15:25
1235
1
If Peeta and Katniss (given the hilarious mashup name Peeniss by fans) are your thing, there will be plenty of angst in the upcoming ‘Hunger Games: Catching Fire’ film. But since there will also be a lip lock between Katniss and Gale (aka Kale), that should make the other half of the fandom happy.
If you’re in that latter group, the brand new theatrical trailer has some Jennifer Lawrence on Liam Hemsworth action just for you.

While at San Diego Comic-Con promoting the upcoming film on Saturday, July 20, Lawrence talked about a gross kiss between her and co-star Josh Hutcherson (warning: it contains some pretty unsexy bodily fluids) and discussed the wild parties the cast held while filming in Hawaii.
“[They] were so weird,” Lawrence admitted. “Woody Harrelson in a cropped top was my favorite. He got really hot and wanted to borrow a shirt of mine because he wore a thermal and the only thing he could fit in was a baggy crop top.”
“And the best part is nobody mentioned it! The whole party, like nobody said anything. They’re just like, ‘Yeah, Woody’s in a crop top.’ That was great.”
Can you say “favorite new mental image”?