26 jul 2013 12:20
1302
2
In a university hall in Santiago, Chile, there is a graffiti work depicting an intricately illustrated, colorful cat. It has drawn the attention of a few passersby on its own but since a copy of its image was shared digitally, the internet has transformed the stationary stenciled work into a mesmerizing gif now widely revered as Hypnocat.
The entrancing animated image making its rounds on the internet plays on the spellbinding character Hypnotoad from the animated television show Futurama. Much like the hypnotic dancing eyes of the cartoon amphibian, this Hypnocat's psychedelic body has all that come in contact with it chanting "ALL GLORY TO THE HYPNOCAT."
While the identity of the artist behind the original work is unconfirmed, the mural appears to be tagged by a Chilean street artist who goes by the moniker pos 420. Check out the original wall mural, below. 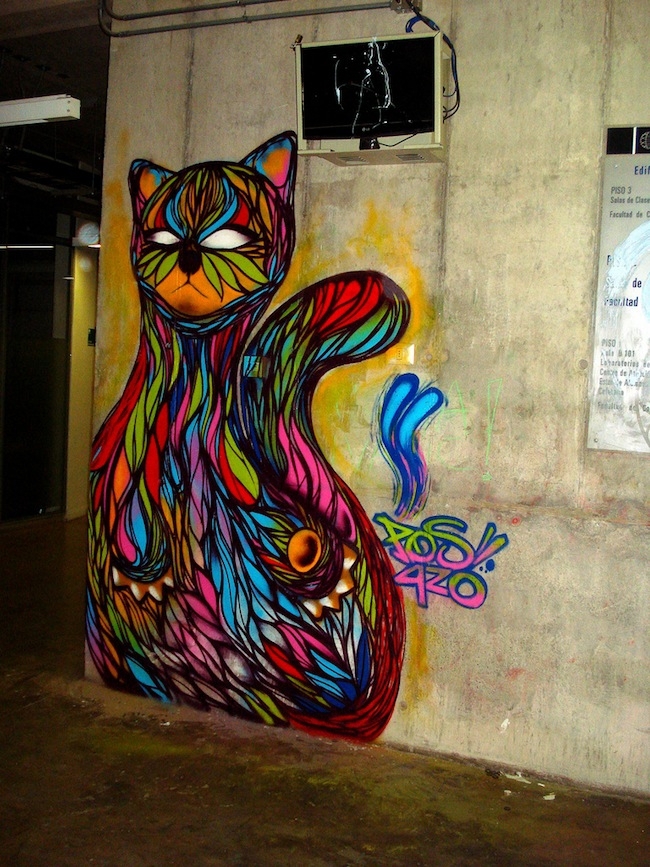