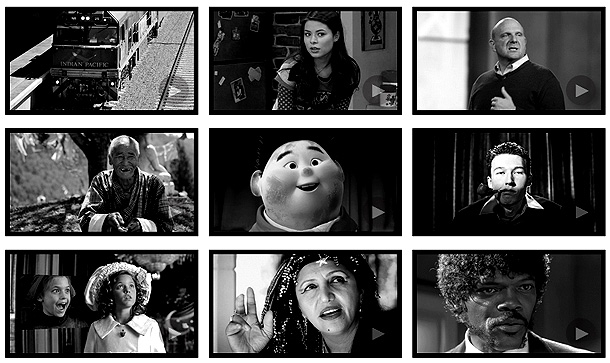 28 jul 2013 12:17
1128
1
2
West Australian producer and remix artist Nick Bertke aka Pogo has stunned us with his ability to take snippets of films and craft them into lush audio soundscapes with amazing visuals to match. His artworks which he modestly describes as mashups span everything from Pixar to Pulp Fiction.
His creations take weeks of meticulous planning and editing and as you can see, the results are a sight (and sound) to behold.
I’ve seen many agencies now try to copy what it is we do, but their failure is always in the assumption that it’s a formula to be mimicked and not an artwork that in fact took many weeks of craft and musical composition. The result of that assumption is generally nothing more than a messy, meaningless edit with neither soul nor sense that was probably formulated by 20 board members in an afternoon.
Proof that you really do get out what you put in. See him rework Lord Of The Rings & turn Pulp Fiction into a sonic melting pot of gloriousness.