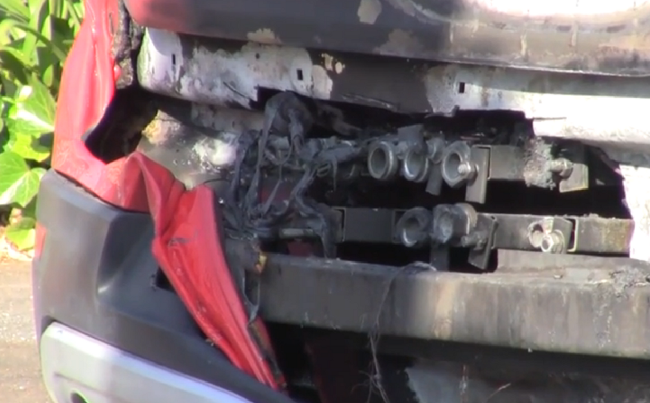 30 jul 2013 10:49
1046
1
1
Generally underworld murder attempts are sordid, unpleasant affairs; people get stabbed in the neck, or shot, or blown up, usually by some guy who looks like your dad’s accountant. But apparently somebody in Johannesburg decided one hit needed a little panache. So they hid a bunch of guns behind a car license plate, and waited to trigger them remotely when the target walked in front of it.

Alas for the hitman, life is not like a Bond movie. Here’s the target describing what happened: 0
Credit for balls, the guy just kind of shrugs off an elaborate plan to kill him with “Eh, my whole life is like this.” Honestly, though, you’ve got to wonder what the guy really does for a living that he shrugs this off: The fact that he’s on the run from Czech authorities for tax fraud is probably a hint.

South Africa is notable for a fairly active and violent underworld, but this marks the first time anybody has tried something quite so creative. The bulletproof Mercedes Radovan Krejcir was driving probably helped the situation substantially. So it’s simultaneously neat and kind of depressing that the criminal element is so powerful and affluent there that they can afford stuff like this. Although considering their most famous bank robber was a police officer who used to knock banks over while on lunch, maybe it’s not a surprise.