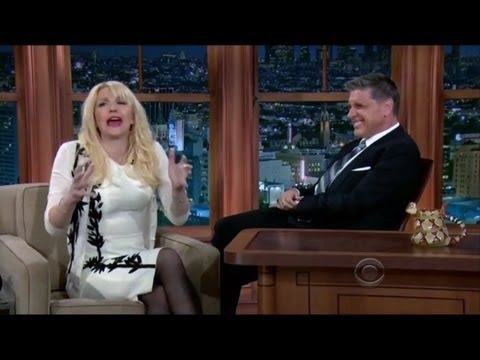 Craig Ferguson & Courtney Love Discuss Her Trying To Sex Him

As soon as I saw that Courtney Love would be a guest on The Late Late Show I knew Craig Ferguson would have a field day. But I had no clue things would take the turn they did. The interview was destined for greatness as soon as Ferguson remarked that Love looked “respectable” (the crowd “ooh’d” in response). While I figured the whole thing would just be Ferguson poking gentle fun at Love, I didn’t expect them to talk about the time she tried to sleep with him, only to have him brush off her advances. “Maybe it was something in my breath, you were like, ‘No, it’s too much trouble,’” Love recalled. To which a laughing Ferguson responded, “Um, yeah.” Last night marked one of the few times I can remember Ferguson seeming mildly uncomfortable in an interview. Courtney Love will do that to ya. Enjoy.