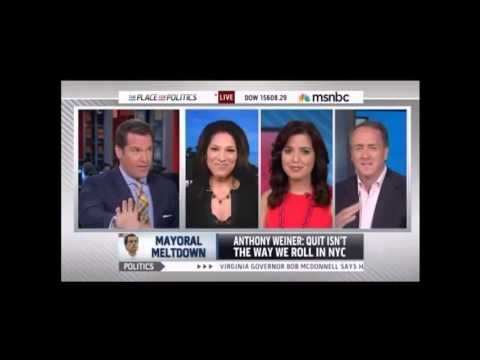 MSNBC anchor Thomas Roberts caused a stir Wednesday when he called Sydney Leathers, the woman at the center of Anthony Weiner’s latest sex scandal, ‘bats***.’
Roberts made his comment after playing part of Leathers’ interview with Howard Stern, although he did catch himself just as he said it. Still, the damage was done.
Kind of like what this whole embarrassing matter has done to Weiner’s chances of becoming mayor of New York City.