06 aug 2013 00:10
776
3
1
Diablo Cody’s directorial debut, Paradise, hits DirecTV this Friday, something that was only announced last week, via Cody herself on Twitter. It doesn’t seem like a carefully planned roll-out strategy, but I’m wearing mismatched socks right now so I’m not one to judge. It has a limited theatrical run scheduled for October, and stars former non-star star of Dancing with the Stars Julianne Hough as a conservative southern gal who goes to Vegas after getting “barbecued in jet fuel” during a plane crash. She gets to Vegas and meets up with Russell Brand, and they’re already halfway to a Rock of Ages reunion! Ooh, sing some Speedwagon! 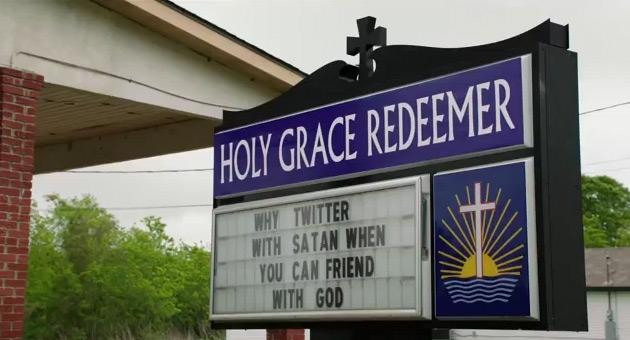 0
Some of the most Diablolical of Diablo Cody-isms include a main character named “Lamb Mannerheim” (who fits right in with previous protagonists Mavis Gary and Juno MacGuff) and a church sign that says “WHY TWITTER WITH SATAN WHEN YOU CAN FRIEND WITH GOD?” 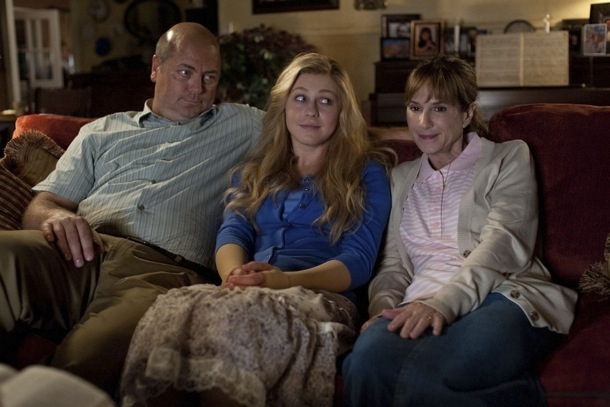 0
Diablo Cody is a lot like Christopher Buckley in that her cleverness is simultaneously her biggest strength and greatest weakness (…said the guy who just came up with Diablolical).

This feels like it would work better with… well, someone less bland, like Jennifer Lawrence in the lead (but I say that about everything). Also, is it just me, or does Holly Hunter sound like she’s trying to cover her teeth with her lips when she talks? And don’t freak out, but Ron Swanson is bald now. You’ve aged, bro.