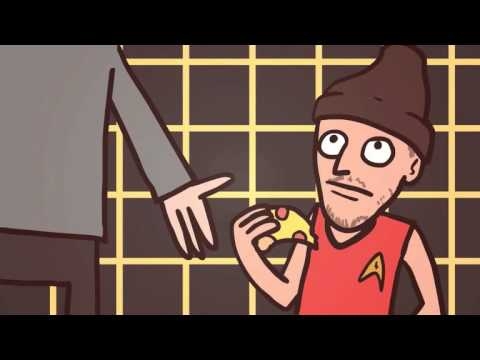 13 aug 2013 15:29
883
1
People watching the ‘Breaking Bad‘ season premiere on Sunday knew they were seeing something magical when Badger began detailing his script for a ‘Star Trek’ movie, and now we can see said movie (sort of) realized. We’re not sure how he achieved such a quick turn around, but comedian / illustrator Matt Czap quickly created this amazing animated version of the story.
In case you don’t watch ‘Breaking Bad’ (really?), Badger is a goofy, stoner side character, whose brilliant idea for a ‘Star Trek’ movie is basically just a pie eating contest in space gone wrong. Yes, brilliant. Watch the video, you’ll see.