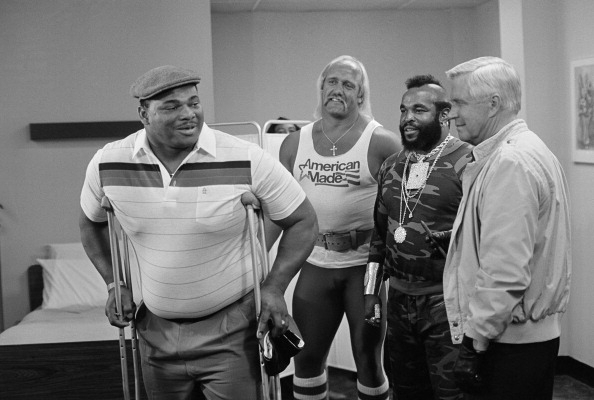 14 aug 2013 21:08
Tags: artistic   awesome   comedy   funny   funny-crazy-wtf-people   interesting   music   random   silly   weird
1769
3
Oh Internet, when will you ever stop trying to kill innocent celebrities? Like Jon Bon Jovi and Nelson Mandela before him, the latest celebrity to be hit with a death hoax is former Chicago Bears defensive tackle William “Refrigerator” Perry, who was declared dead earlier today in a post at TigerNet.com that has since been deleted. TigerNet covers Clemson University athletics, as the Fridge played football for the Tigers.
As with any good game of Internet telephone, TigerNet’s report quickly spread on Twitter, as Bears fans and NFL fans in general began mourning the loss of the 50-year old big man, who holds the record for the largest Super Bowl ring ever created with a ridiculous size 25. But the rumors were bound to hit Perry’s friends and family and some point, and eventually even the man himself. 0
I included the lone response because it was kind of sad, as I would have thought that more people would have responded to the Fridge with good tidings or at least, “Yay.” But his agent was definitely relieved, as he told the Chicago Tribune how this whole stupid mess started. 0
“I know he is not dead,” Perry’s agent, Adam Plotkin, told the Tribune. “I talked to Michael Dean (Perry) a few minutes ago. And I know the Bears were down there interviewing Fridge on Saturday for coach (Mike) Ditka’s (jersey) retirement. But I did talk to Michael Dean, and he had gotten some calls, too, and Michael Dean said it was OK to confirm that Fridge is fine.”

“I guess someone called Michael Dean and said that someone found out that someone named William Perry died, but it wasn’t the Fridge. Someone from Clemson called us as well and said they had been getting a lot of calls and stuff,” Plotkin said.”He is completely fine.” 0
Anyway, this is good news for everyone, except maybe for the person who stole my Fridge G.I. Joe action figure back in elementary school. Whoever took it must have known he was my favorite, and now I’m going to finally find out who took it and make them pay. Or at least an apology would be nice.