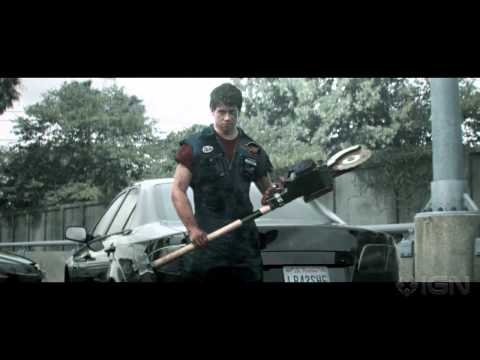 This Cinematic Trailer for DEAD RISING 3 Is Badass!

I love zombie video games, and the Dead Rising franchise has always been fun. It's not my favorite, but they've still managed to entertain me! Microsoft studios has released an awesome new trailer for their next game in the series, Dead Rising 3! This thing is badass, and I hope this third one ends up being the best in the franchise! This trailer has definitely sold me on it. Here's the synopsis:
Set 10 years after the events of Fortune City in Dead Rising 2, players are introduced to Nick Ramos, a young mechanic with a strange tattoo and a mysterious past, who must find a way to escape a city full of zombies before an impending military strike wipes the city of Los Perdidos, California, and everyone in it, off the map. Nick can't do it alone – he must join up with other survivors to stay alive. They must fight their way out before it's too late.
The game will be released exclusively on the XBox One in November of 2013.