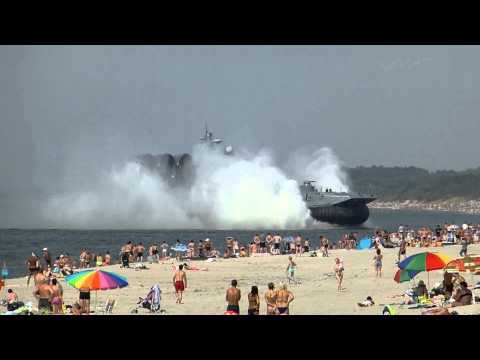 22 aug 2013 13:17
Tags: beach   crowded   giant   hovercraft   landing   military   russian
1592
2
A giant 550-ton Zubr-class Russian military hovercraft codenamed “Bison” threw up a massive cloud of mist while abruptly docked onto a crowded beach in Mechnikovo (a small city near Kaliningrad, Russia). The beach was filled with people playing and sunbathing. According to a Russian defense ministry official, “Docking at the beach is a normal event. What people were doing at the beach on the territory of a military base is unclear.”