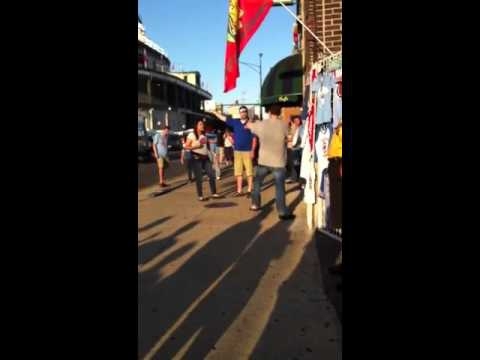 In this amusing video, a Cardinals fan tries to fight a Cubs fan outside Wrigley Field following the Cubs win. Proving the Cubs aren’t the only ones who are adept at beating themselves, this guy winds up on the ground without even being touched.
With the Cardinals knee deep in the pennant race, this may be the closest the team gets to being down and out – a place where the Cubs seem to call home.