28 aug 2013 18:14
Tags: artistic   awesome   comedy   funny   funny-crazy-wtf-people   interesting   music   random   silly   weird
890
1
1
Sir Patrick Stewart, the only knighted actor to ever give a master ACTING course on an animated show starring an alien and a talking goldfish, is now offering private lessons to his girlfriend, Sunny Ozell. Last night, she uploaded a video of one such lesson, apparently filmed in a tree house after firing up a doob, in which Stewart explains the complexities of the “quadruple take” using my new security answer for everything, “Her buns ARE the best.”
My acting experience is limited to not screaming when I’m told “how great CSI was,” but I’d pay good money to have Stewart teach me all of the finest sitcom tropes. The spit take, the jaw drop, the scheduling two dates on the same night across the street from one another. Throw in a animal reaction shot exercise with Spot, and I’d start today. 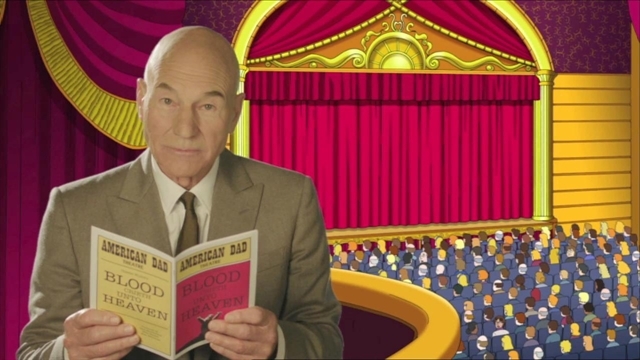