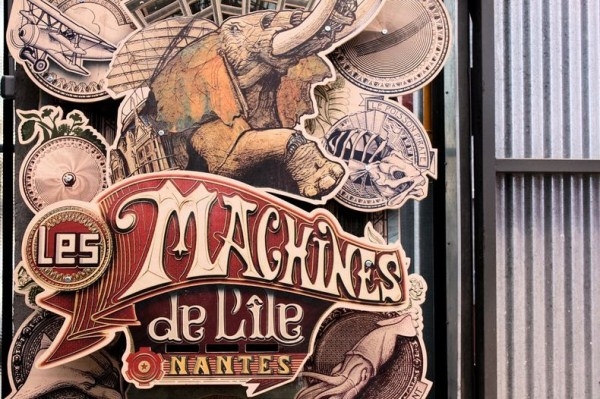 28 aug 2013 18:27
Tags: artistic   funny-crazy-wtf-people   interesting   music   random   silly   weird
1013
21
1
When it comes to tourism, many countries highlight their unique landmarks (Sydney Opera House in Australia, The Leaning Tower of Pisa in Italy) or cultural celebrations (or the Rio Carnival in Brazil & Running Of The Bulls in Spain) as a reason to visit. But Nantes, the 6th largest city in France has an entirely different proposition to lure tourists to their region.
Tucked inside several warehouses that were formerly used as shipyards, sits an exhibition titled ‘Machines of the Isle‘ (or if you’re a local Les Machines de l’Île de Nantes) that will genuinely blow your mind. Since it’s inception in 2007 it has captured the imagination of thousands of tourists visiting the area.
But what is it exactly?
It’s the creation of two artists François Delarozière & Pierre Orefice, their vision is based upon “Visualising a travel-through-time world at the crossroads of the “imaginary worlds” of Jules Verne and the mechanical universe of Leonardo da Vinci.” and if that sounds as ambitious as it does exciting you’d be right. Over the past 6 years, together they’ve built 3 major machines, ‘The Great Elephant’ back in 2007, ‘The Marine Worlds Carrousel’ in 2012 and ‘The Heron Tree’ which will be available to the public in 2014.
Of the three, most famous is ‘The Great Elephant’ and it’s not hard to see why. Standing 12M high and stretching 8M wide it’s a structure built from a staggering 45 tons of timber and steel. But what is truly remarkable about the machine, is that was it was designed to actually move and carry members of the public. 49 to be exact and it can do so easily without any issues for around 45min. But it doesn’t end there, Delarozière & Orefice have brought other creatures to life, giant spiders, deadly venus fly traps, pterodactylus and even fish that could swallow you whole all make an appearance as you wind your away around their world.
So next time you’re in Europe and what to experience something different away from the hordes and cramped cobble streets of Europe’s tourist traps – why not head over to Nantes? It’s a place where the past and future truly do collide.