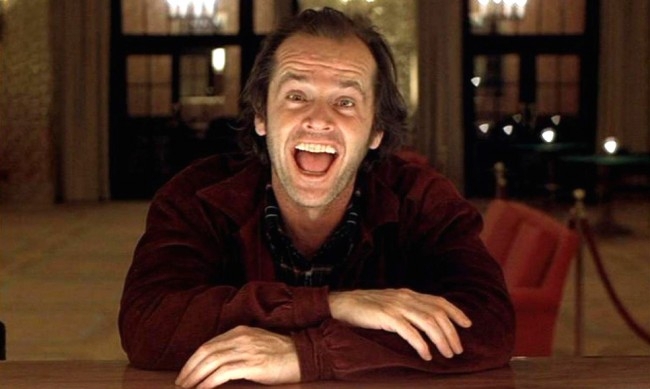 06 sep 2013 16:49
Tags: artistic  awesome  clever  cool  crazy  funny  random  rocks  silly  sweet
1639
10
Since 2007, Jack Nicholson, one of the greatest actors of all-time, a man who once considered no amount of cocaine unsnortable and still believes no woman is unattainable, has only appeared in two movies: The Bucket List and 2010's mawkish How Do You Know. Unfortunately, the latter might be his last. According to Radar, the 76-year-old Nicholson is retiring from acting because of "memory issues." ("A redhead named Alice? Freckles? And she's pregnant? I don't recall sleeping with anyone with that name.")
If true, the most magnificent of bastards has completed a filmography with at least a dozen all-time classics, including The Shining, Chinatown, One Flew Over the Cuckoo's Nest, and Mars Attacks! Yeah, that's right. In honor of all the laughs, but especially GASPS he's given us, here are 12 of Jack Nicholson's greatest GIFs, all of which belong in the Movie Hall of Fame, which should be modeled to look like the Overlook Hotel.