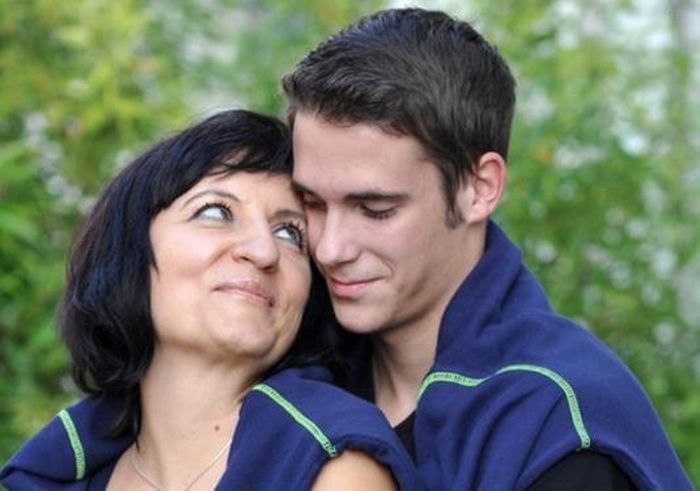 Is This Really Love? (5 photo) 0
Смотреть все фото в галерее
These two people may be in love but this story makes me sick. 43 year old mother of two, Renata Juras began having a sexual relationship with her toyboy boyfriend, Ervin Szabo when he was just 13 years old. Now three years later the couple have just had their first child together.
Shockingly most of the couple’s relatives accepted the relationship, apart from Ervin’s stepdad who reported their relationship to the police. Renata was arrested for having sex with a minor. However she was only given a 22 month suspended sentence, and when Ervin turned 14, the legal age for consent is Austria, the couple resumed their relationship.
When they got back together the couple decided to start trying for a baby, now the young father balances school work with changing nappies and late night feeds.
I can’t see this story having a happy ending. One day this young boy is going to realize the mistake he has made and find someone closer to his own age, and what about the poor child? She will grow up to have a younger energetic dad and an old woman for a mother. This will give her the wrong impression that it is okay to have an intimate relationship with someone who is underage.