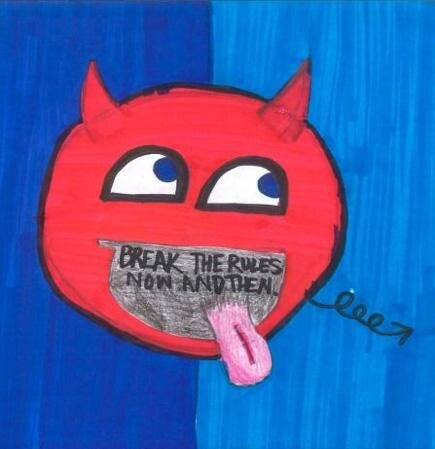 Students from grade school to grad school participated in a community challenge by Larry Smith at SMITH Magazine. The challenge was, "How would you tell your life's story if you could only use six words?"

Inspired by the urban myth that Ernest Hemingway was once challenged to such a task, but with a novel.The small experiment soon became a global phenomenon, producing a series of books and inspiring millions of people to contemplate the deepest complexities of existence through the simplicity of short-form minimalism. The latest addition to the series, Things Don’t Have To Be Complicated: Illustrated Six-Word Memoirs by Students Making Sense of the World, comes from TEDBooks and collects dozens of visual six-word autobiographies from students between the ages of 8 and 35.