Jokes Everyone Should Know about Archer

If you didn't know that the Season 4 premier of Archer is about to hit TV then, you need to run to the nearest television unit and watch all three seasons in one weekend. I thought I'd put together a little educative post of sorts, outlining the running gags and themes that everyone should know. And not "everyone should know" in the sense that they're really funny and happen often, but in the sense that you should judge and possibly de-friend anyone in your life who isn't keenly aware and excited about them. They're that much a part of the TV humor zeitgeist at this point. 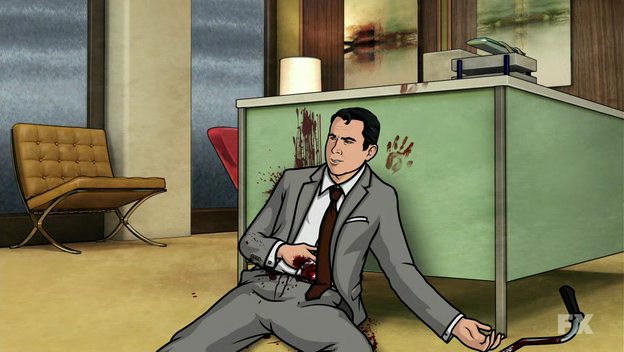 0
Bret Buckley gets shot. Literally, like almost every episode.
Bret has been shot at least six times. 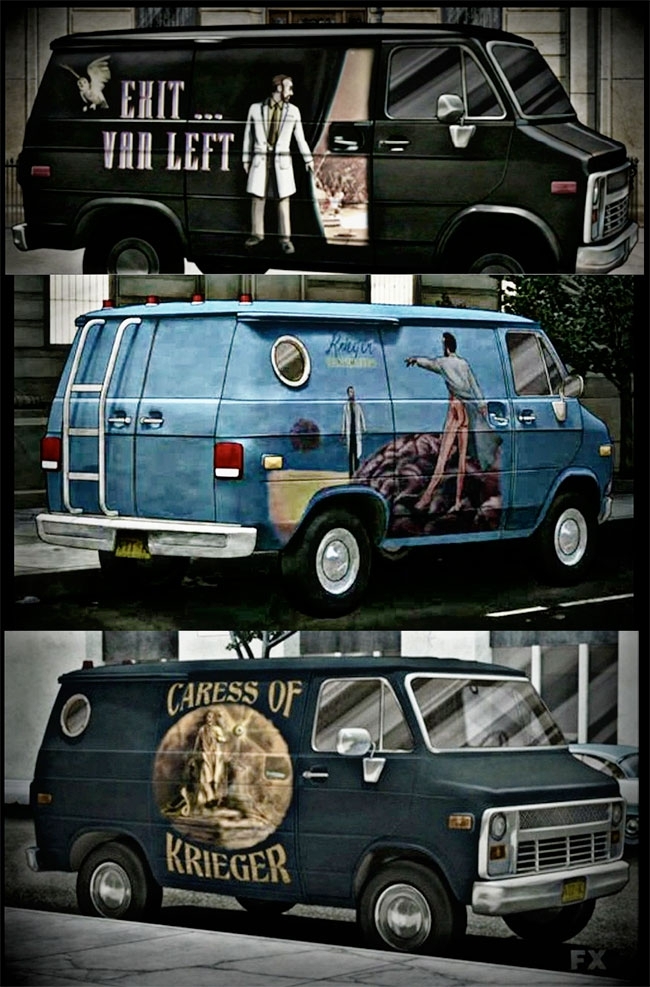 0
Krieger's Van
Krieger's van first appeared in S2's "Double Trouble" -- with the original van art paying tribute to Rush's "Exit...Stage Left" -- where it coined the classic "rolling probable cause" and "S.S. Date Rape" lines in the clip above. It makes two appearances in S3, first paying tribute to Rush's "Hemispheres" and then "Caress of Steel" in the season finale. I plan to make this evolution image poster size for the inside of my bedroom door. 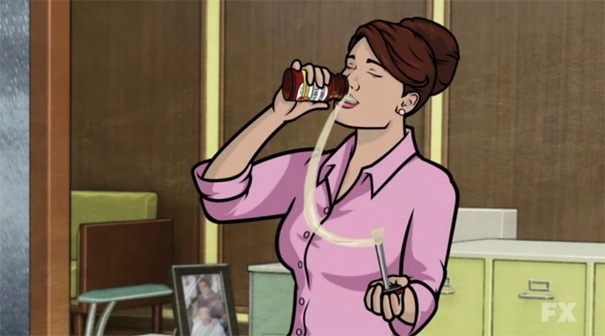 0
Cheryl's Glue Habit
Cheryl Tunt as a character is pretty much a cornucopia of offbeat running gags and themes, but there's something about "Mind if I glue up?" that is just so classic Cheryl. 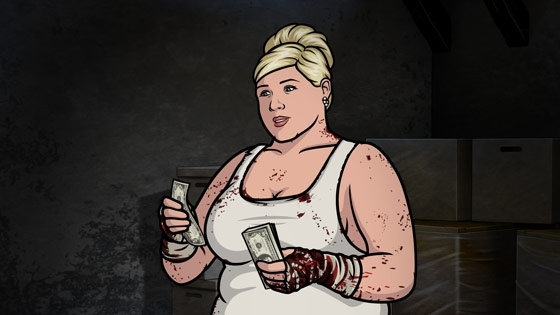 0
Pam's A Badass
When Pam Poovey is kidnapped by mistake in "El Secuestro" we discover she paid for college thanks to an underground fighting ring and is pretty much impervious to pain. She also has an amazing back tattoo. 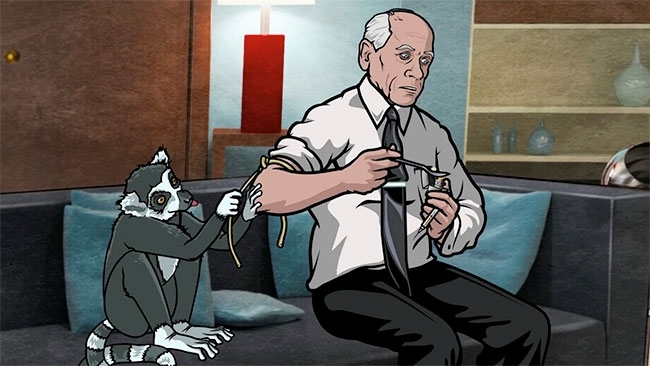 0
Woodhouse's Heroin Addiction
Archer's regularly berated live-in valet has been addicted to heroin and/or a substance abuser since his post-war days on a merchant ship in the orient. How could you not be? I think we can all agree that the best way to ride the dragon is via the assistance of Reggie the Lemur. 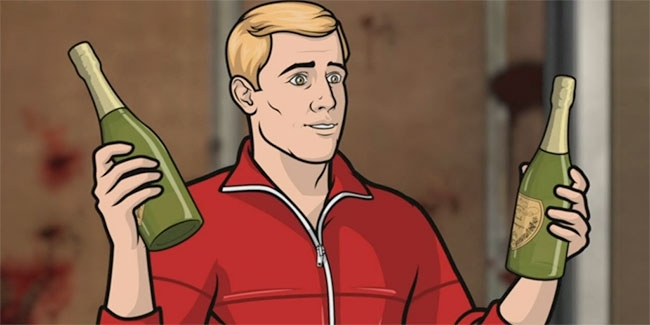 0
Every self-respecting fan of the show references "Other Barry" and occasionally "Bionic Barry" when having a conversation with him- or herself. It's just how it's properly done.

0
Sterling's Burt Reynolds references need a supercut, like yesterday. But until then the below and "The Man from Jupiter" thread will have to do.

Lana's Monster Hands.
Whether they're labeled "Monster" or "Truckasaurus" or "Johnny Benchian," Lana's hands should always be referenced when a big manly grip is needed.